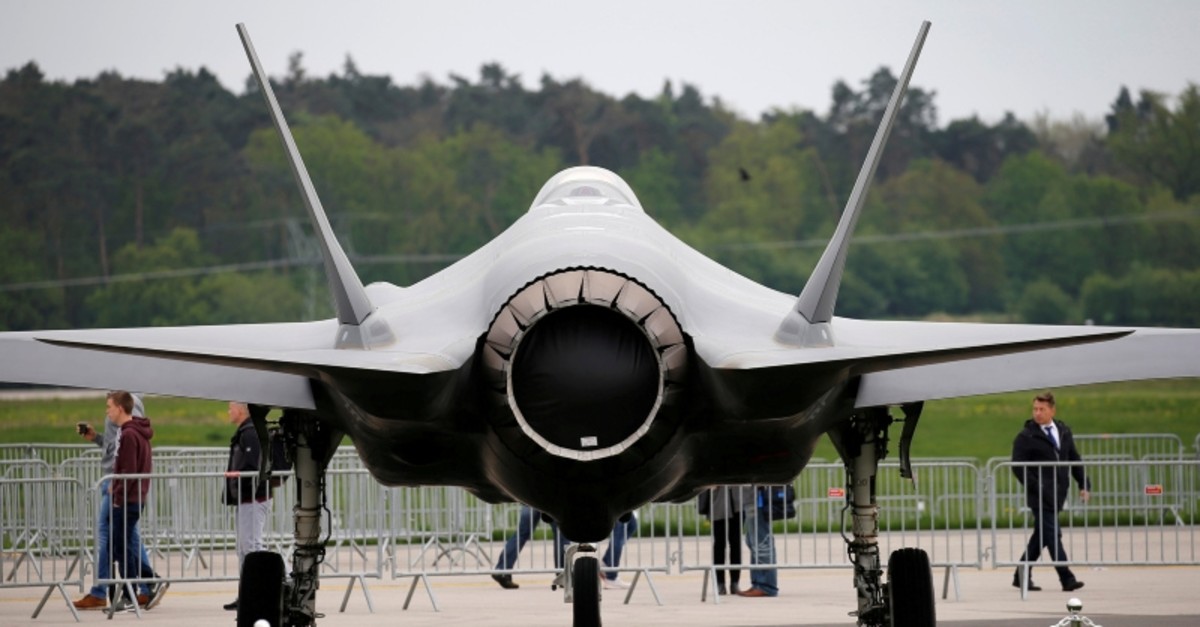 The United States has halted delivery of equipment related to the stealthy F-35 fighter aircraft to Turkey, sources familiar with the situation said, marking the first concrete U.S. step to block delivery of the jet to the NATO ally in light of Ankara's planned purchase of a Russian missile defense system.

In recent days, U.S. officials told their Turkish counterparts they will not receive further shipments of F-35 related equipment needed to prepare for the arrival of the stealthy jet, two sources familiar with the situation told Reuters. The aircraft is built by Lockheed Martin Corp.

The sources, speaking on condition of anonymity, said the next shipment of training equipment, and all subsequent shipments of F-35 related material, have been canceled.

President Tayyip Erdoğan has refused to back down from Ankara's planned purchase of a Russian S-400 missile defense system that the United States has said would compromise the security of F-35 aircraft. Turkey has said it will take delivery of the S-400s in July.

The disagreement over the F-35 is the latest of a series of diplomatic disputes between the United States and Turkey including Turkish demands that the United States extradite fugitive preacher Fetullah Gülen, differences over Middle East policy and the war in Syria, and sanctions on Iran.

Reuters reported last week that Washington was exploring whether it could remove Turkey from production of the F-35. Crucial parts of the fuselage, landing gear and cockpit displays are Turkish-sourced only. Sources familiar with the F-35's intricate worldwide production process and U.S. thinking on the issue last week said Turkey's role can be replaced.

Turkey has engaged with U.S. negotiators in recent days about buying the Patriot system, a person familiar with the matter said. The system is made by Raytheon Co.

Turkish Defense Minister Hulusi Akar in March said that despite some issues, Turkish pilots were continuing their training at an air base in Arizona on the F-35, each of which costs $90 million, and that Ankara was expecting the aircraft to arrive in Turkey in November.

U.S. lawmakers also have expressed alarm over Turkey's planned purchase of the Russian system. Four U.S. senators last week introduced a bipartisan bill that would prohibit the transfer of F-35s to Turkey until the U.S. government certifies that Ankara will not take delivery of the S-400 system.