Turkey not choosing between Russia, other allies, no turning back on S-400 deal: FM Çavuşoğlu 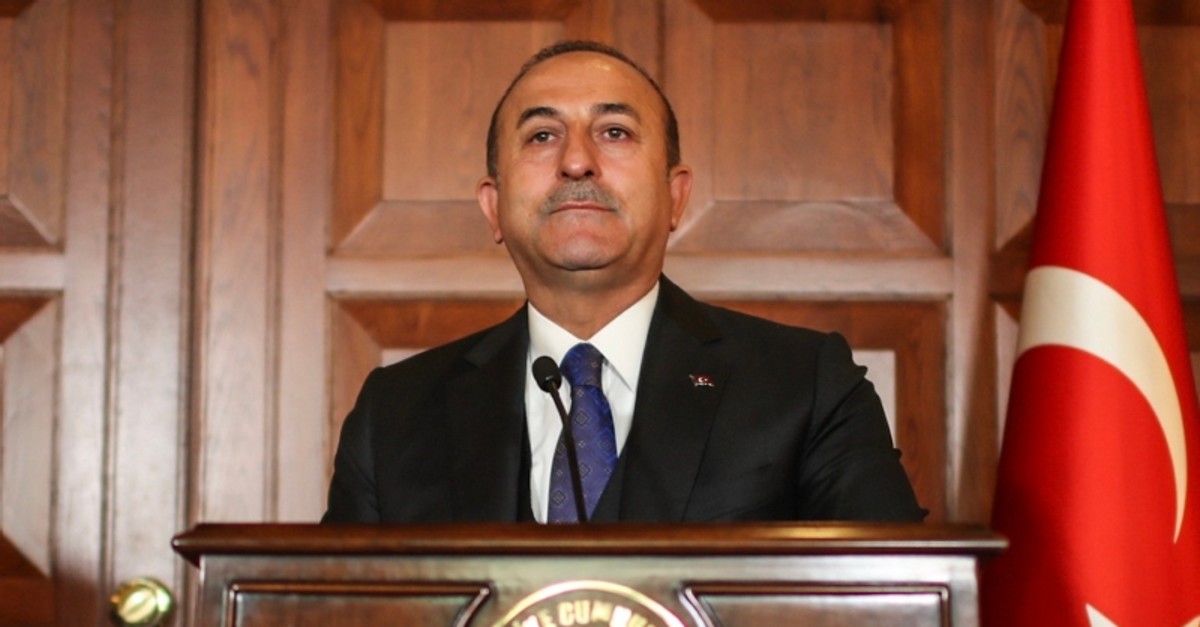 Ankara does not have to choose between Russia and other countries, Foreign Minister Mevlüt Çavuşoğlu said Thursday amid plans to purchase Moscow's S-400 missile defense system and F-35 fighter jets from the U.S.

"The purchase from Russia is a done deal," Çavuşoğlu said at a panel organized by the Atlantic Council titled "Turkey's Role in NATO and Regional Security Challenges" in Washington D.C., where foreign ministers of NATO members came together for the 70th anniversary of the security bloc. "We are not choosing between Russia and any other allies… We don't see our relations with Russia as an alternative to our relations with others. And nobody, neither West nor Russia, should or can ask us to choose."

Turkey's foreign minister arrived in Washington the same week the U.S. announced it would suspend all "deliveries and activities" related to Turkey's procurement of F-35 jets because of Ankara's plans to purchase Russia's S-400 surface-to-air missile system.

A Pentagon official said later Tuesday that Turkish pilots will continue to train with F-35 fighter jets in Arizona.

"[S-400s] will not be integrated into the NATO system... therefore we propose the United States to establish a technical working group to make sure that this system will not be a threat – neither to U.S. F-35s nor the NATO systems," Çavuşoğlu said.

Çavuşoğlu noted that the U.S. made a final offer for Patriot defense system sales to Turkey but there is no guarantee on a deal.

Turkey's decision to make a $2.5-billion purchase of two S-400 air defense systems with four batteries from Russia culminated in an agreement signed by both sides on Dec. 29, 2017.

This led to strong opposition from the U.S. which stipulated that Turkey scrap the deal as a precondition to its own sale of Patriot defense systems to Ankara.

Turkey has vehemently rejected Washington's calls, with President Recep Tayyip Erdoğan saying on April 3 that the purchase was a decision for Turkey to make.

The system can track and engage up to 300 targets at a time and has an altitude ceiling of 27 kilometers (17 miles).

When Turkey wanted to the buy the Patriot missile system from the U.S. in 2009 during then-President Barack Obama's term, Congress had declined the offer for the sale of the Patriot PAC-3 batteries, worth $7.8 billion at the time.

Çavuşoğlu said Turkey turned to Russia as it could not buy U.S. Patriot missiles and quoted President Donald Trump as saying in an unspecified phone call that his predecessor Barack Obama had made a "mistake" by not selling the system to Ankara.

However, the Trump administration has since made clear that it is ready to sell Patriot missiles to Turkey -- if it drops the S-400 system.

"Trump himself admitted on the phone that U.S. made the mistake not to sell Patriots to Turkey and he promised Erdoğan that he will take care of this issue," Çavuşoğlu said.

He said the U.S. administration and Turkey should explain to the U.S. Congress why Ankara had to purchase the S-400 missile system from Russia.

He also said the S-400 deal did not signal warming toward Russia.

"We disagree with Russia on many issues," Çavuşoğlu said, pointing to Moscow's "aggression" in the Black Sea and Turkey's pledge never to recognize Russia's annexation of the Crimean peninsula from Ukraine.

"We have been working with Russia," he said.

"But it doesn't mean that we are undermining the alliance and we agree with Russia on everything. There is no shift in our foreign policy."