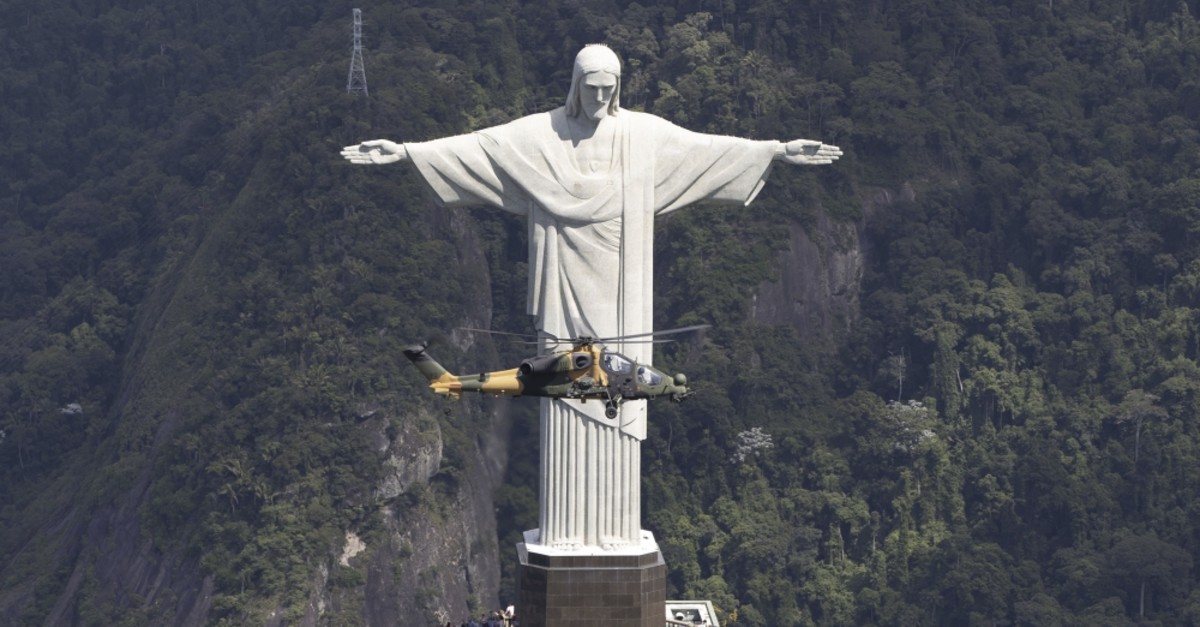 Turkey's T129 ATAK, one of the most effective attack helicopters in its class, received high praise following a number of flights in Brazil on March 28.

After the Brazilian Army Aviation Command conducted the test and evaluation of the ATAK and the Turkish Aerospace Industries' (TAI) facilities, they decided to display the helicopter in Brazil according to reports.

As a result of the cooperation, the Brazilian Army Aviation Command, held a roadshow for the T129 ATAK helicopter in Brazil for March 25-28, prior to the 12th LAAD defense expo, the leading defense and security exhibition in Latin American, to be held Rio de Janeiro.

Two flights were performed at the Forte Ricardo Kirk Army Aviation Command in Sao Paulo on March 26 and at the Brasilia Military Fire Department Operational Aviation Department in the Brazilian capital on March 28. An ATAK helicopter also landed in the garden of the Turkish Embassy in Brazil on the same evening.

In a reception at the end of the roadshow, a static display of the ATAK helicopter was held in the garden of the embassy. The event was attended by high-level Brazilian military and civilian officials and foreign mission representatives. In addition, both TAI and the ATAK helicopter were introduced to the ambassadors and the military attaches invited.

As part of the roadshow kicking off in Taubate on March 25, the ATAK helicopter flew 1,360 miles with 11 pilots in 22 sorties for about 18 hours.

Flying around the statue of Christ the Redeemer, one of the symbols of Rio de Janeiro, the ATAK won the appreciation of pilots and the audience with its performance.

Turkey's homegrown T129 ATAK Advanced Attack and Tactical Reconnaissance Helicopter is planned for export to the Philippines after Pakistan. In December, a Turkish delegation led by Defense Industries President İsmail Demir visited the Southeast Asian countries and signed a memorandum of understanding (MoU).

Developed by Turkey's leading defense industry firm TAI, the ATAK is a new generation, tandem, two-seat, twin-engine helicopter specifically designed for attack and reconnaissance. ATAK is based on the combat-proven AgustaWestland A129CBT, but the new aircraft incorporates a new system philosophy with a new engine - the LHTEC CTS 800-4A - new avionics, sight systems and weapons, a modified airframe, an uprated drive train and a new tail rotor.