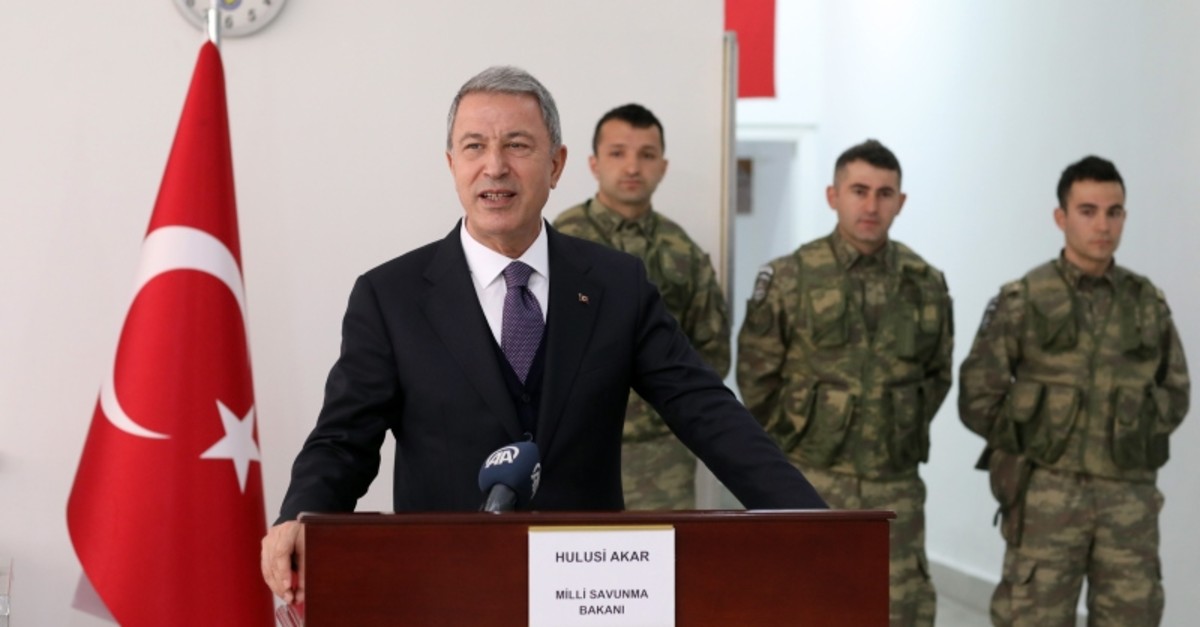 Turkey's defense minister said three of four F-35 military aircraft were delivered by the U.S. and the last one is expected to be delivered Friday.

"In order to protect our right and law, we are maintaining our contacts and negotiations," Hulusi Akar said during a visit to Sultan Murat Barracks, where the Turkish Military Representative to the NATO peacekeeping force in Kosovo (KFOR) is present.

Akar said Turkey has fulfilled all of its responsibilities.

"We are one of the eight partners of this project. We have given a serious amount of money, we have fulfilled all our responsibilities. Within the framework of the agreement we reached, three aircraft have been delivered and the fourth one will be delivered today. We have pilots there. We have four pilots on flight training and our two pilots are doing their preparatory duties, the maintenance personnel are non-commissioned officers and they are also being trained," he said.

Akar said Turkey is still interested in also purchasing the U.S. Patriot missile defense system, which the Americans are hesitant to sell.

"Protecting our country and nation is our most important duty. Turkey's only goal is to protect its territory and the nation," he said.

"We have been working on this. We have been saying that we can get the Patriots American air and missile defense systems at the same time while getting the S-400s. Our authorities are continuing their negotiations, so we have clearly demonstrated that we are willing to purchase Patriot," the defense minister added.