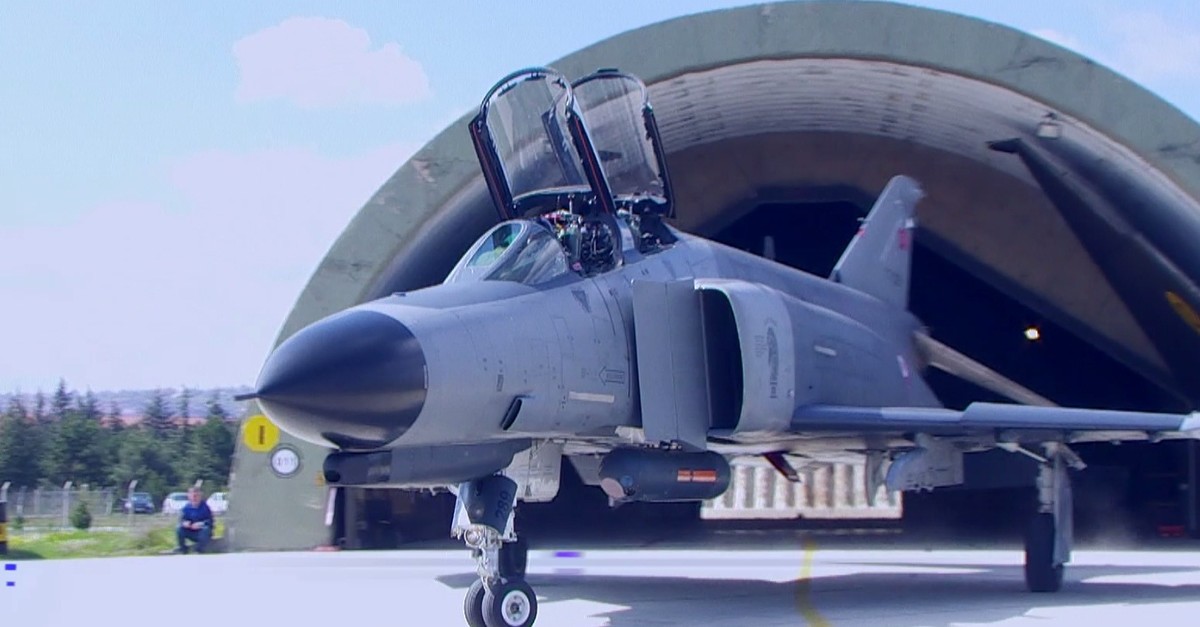 With the development of the ASELPOD targeting system, Turkey has entered the list of a limited number of countries with products in this field.
by Daily Sabah Apr 08, 2019 12:03 am

The localization rate of critical subsystems of ASELPOD, ASELSAN's unique and accomplished targeting system developed for modern fighter jets, has further increased with the economic solutions introduced by the Turkish defense industry.

ASELSAN, one of the Turkey's leading defense manufacturers, developed ASELPOD within the scope of the Targeting Pod Project, which was initiated under the coordination of the Presidency of Defense Industries (SSB) in order to increase the precise attack facilities and capabilities of the Air Forces Command during the day, at night, and in all weather conditions, according to Anadolu Agency (AA).

The targeting system, which was originally developed for modern fighter jets, has a multiplier effect on the effectiveness of aircraft. The ASELPOD features an infrared camera and daytime camera which enable the pilot to detect targets from a very long distance. If the attack is to be carried out, laser-guided munition can be directed to the target using the laser marking unit. ASELPOD allows users to lock onto moving or fixed targets.

With the laser lighting unit of the ASELPOD, which can track multiple targets, the target or the targeted area can be shown to the other pilot or elements. With the development of ASELPOD, Turkey has entered the list of a limited number of countries with products in this field.

In addition, the company has achieved success in exports with this product. ASELSAN has generated approximately $80 million in economic terms for the ASELPOD orders received since 2016.

As demand for ASELPOD is on the rise both at home and abroad, projects are underway to increase the localization of the product in line with the capabilities of the firms operating in the Turkish defense industry.

In order for the pod to operate properly, the avionics and optics must be heated or cooled according to the outside temperature in different flight conditions. This function is performed by the ambient air conditioning unit at the rear of the pod.

ANOVA R&D Technologies Inc., operating in the defense industry with its advanced engineering solutions, localized this subsystem supplied from abroad in accordance with the technical needs of the company within the framework of an agreement inked with ASELSAN.

With its completely unique design, ANOVA realized its electronics, software, thermal design and mechanical design including the subcomponents of the cooling cycle. The product has the advantages of having a very low drag coefficient and lower power consumption.

Emre Öztürk, the founding partner of ANOVA Engineering, told AA that they are proud to be making a part of ASELPOD, which is also in demand abroad, and to be able to localize a product supplied from abroad. Öztürk also reported that the localization of the environmental air conditioning unit has significantly reduced the cost.