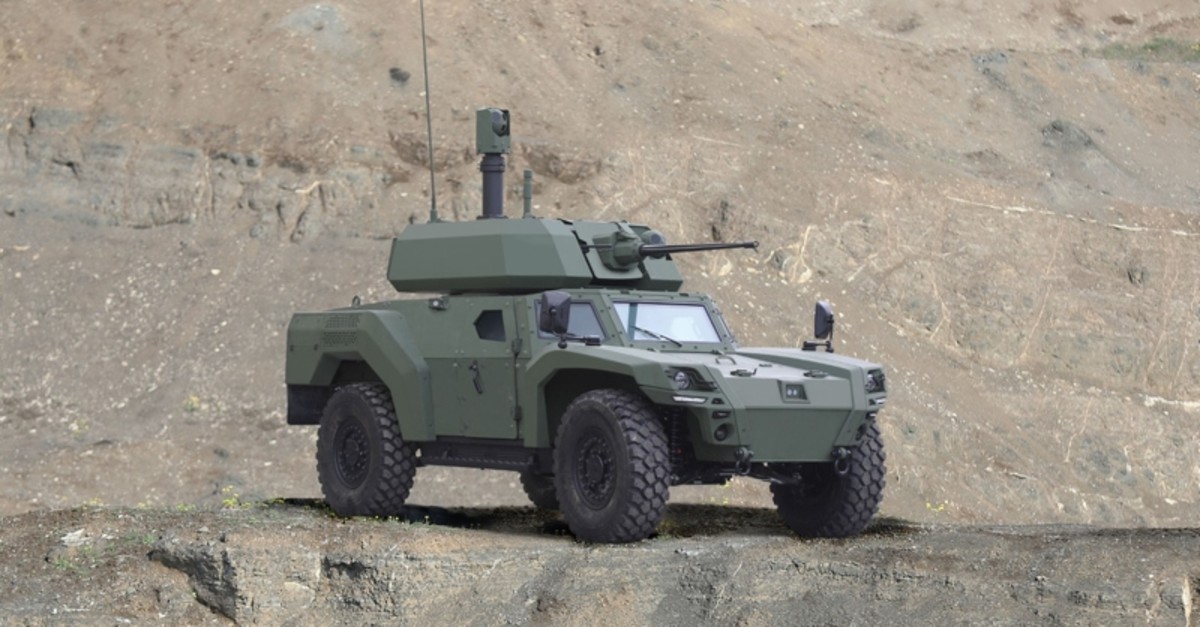 Turkish defense company and automotive manufacturer Otokar has introduced the country's first domestically developed electric-powered armored combat vehicle, which will be tested and ready for purchase within a year, the company's chairman said Wednesday.

Speaking at a news conference at the Otokar compound in northwestern Turkey's Sakarya province, Chairman Serdar Görgüç said that the Akrep II will be Turkey's first step in electric-powered, hybrid and autonomous military vehicle technologies.

The new generation vehicle will be first displayed after all the configuration works are completed at the 14th International Defense Industry Fair to be held at TÜYAP Fair and Congress Center in Istanbul between April 30 and May 3.

Noting that the vehicle was designed with both electric and diesel motors, Görgüç said that "an all-electric version will be introduced and that the diesel version will be ready for purchase within one year."

Görgüç said the Akrep II, which combines the advantages of agility, low thermal trace and high speed while making less noise than its counterparts, has an electric motor that is capable of meeting the demands of armies all over the world.

The low vehicle height of the Akrep II offers advantages against anti-tank threats while it can also provide support for close combat troops on the ground.

"The range of the vehicle which has places for a battery in both its front and back can be also increased with additional batteries according to the customer requests," Görgüç said.

He said that the vehicle takes three hours to recharge after the batteries are completely drained.

"The range of the vehicle will be about 250 kilometers (155 miles), while it can be increased with energy-intensive new batteries," Görgüç said.