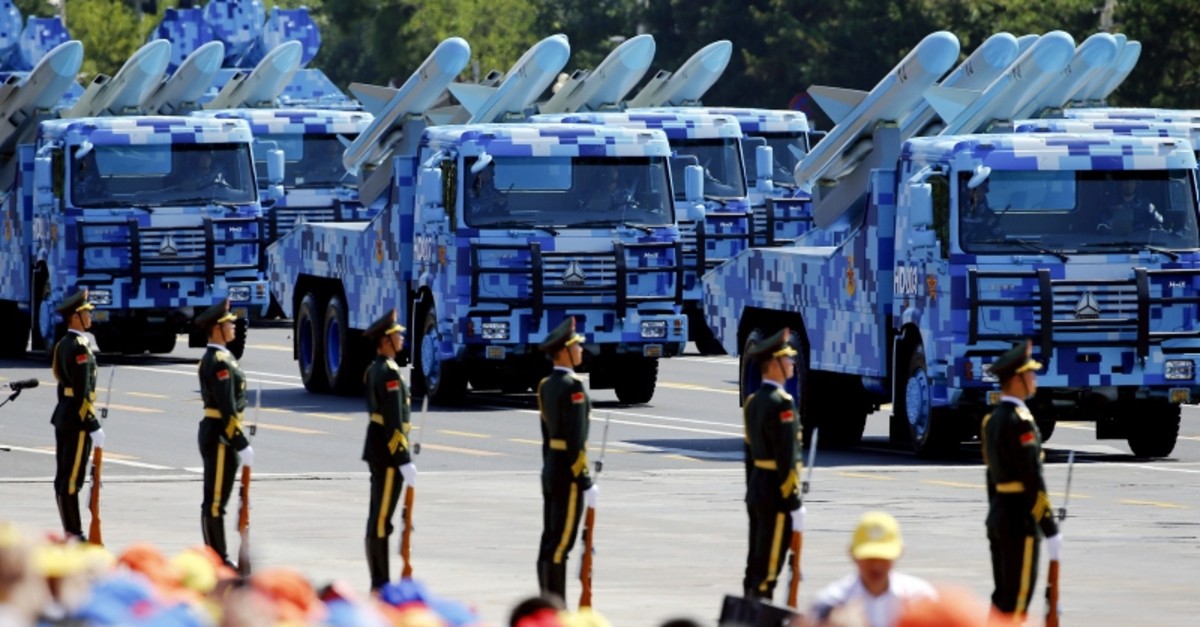 That is the highest figure since 1988, when such data first became available as the Cold War began winding down.

"In 2018 the USA and China accounted for half of the world's military spending," Nan Tian, a researcher with the SIPRI Arms and Military Expenditure (AMEX) program, said.

While the U.S. and China boosted military budgets, Russia fell out of the top five as Moscow has been forced to reallocate funds to pressing domestic needs.

With President Donald Trump committed to strong national defense despite reducing U.S. troops numbers in conflict zones such as Afghanistan, 2018 marked the first increase in U.S. military spending since 2010, SIPRI said. His defense spending request to Congress this year is the largest ever in dollar terms before adjustment for inflation.

"The increase in U.S. spending was driven by the implementation from 2017 of new arms procurement programs under the Trump administration," Aude Fleurant, the director of the SIPRI AMEX program, said in a statement.

The other top spenders are, in declining order, Saudi Arabia, India, France, Russia, Britain, Germany, Japan and South Korea. Saudi Arabia, which is leading a military coalition battling Iran-aligned Houthis in Yemen, was the biggest per capita spender on defense, just ahead of the United States.

Russia, which flexed its military muscles with its 2014 annexation of Ukraine's Crimea region and intervention in the Syrian conflict, dropped out of the list of the top five spenders in 2018 following an annual decline of 3.5%.

Despite a sustained drive to upgrade and modernize Russia's armed forces, President Vladimir Putin has had to tighten purse strings following a sharp decline in global oil prices and the need to prioritize some domestic spending programs.

Trump has criticized some of Washington's NATO allies in Europe, especially Germany, for failing to meet the alliance's spending target of 2% of gross domestic product.

Britain and France, the two other largest economies in Europe, spent 1.8% and 2.3% of GDP respectively on defense in 2018.

Military expenditure by all 29 NATO members amounted to just over half of global spending, SIPRI added.