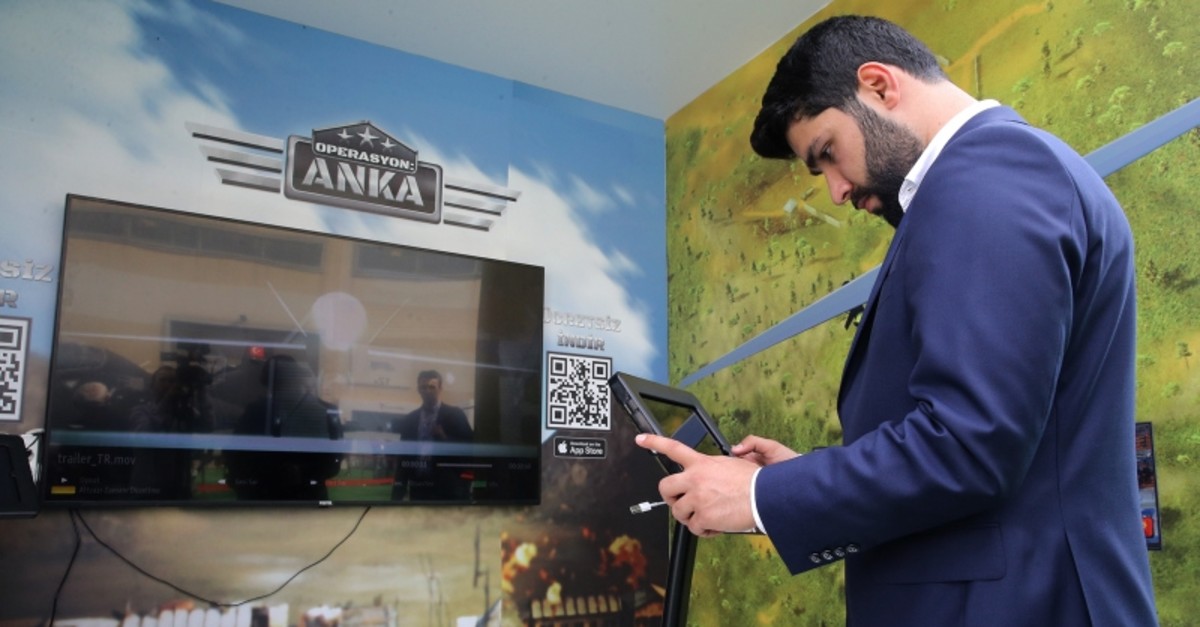 The game, named "Operation: Anka," was developed for Android and Apple devices by the new-established Otto Games under the Turkish company Udo Games. It was designed as the first model game of the Turkish defense industry, Otto Games representative Mustafa Eyyüp Karataş told Anadolu Agency at the International Defense Industry Fair (IDEF'19) in Istanbul.

"Operation: Anka," which was developed by the company over a seven-month period, showcases the exclusive features of the domestically-developed UAV, which was produced to end the country's external dependence on UAV engines and meet newly emerging needs.

Otto Games created the game to introduce the newest developments in the defense industry to the younger generation. Karataş said the game involves various types of playing fields, operations and weaponry, while players can improve their arsenal with money earned in each level of the game.

The UAV technology was implemented in the game in accordance with the real-life functioning of the ANKA, Kartataş said.

The app can be downloaded for free from Google Play and the App Store and has Turkish, English and Arabic language options.