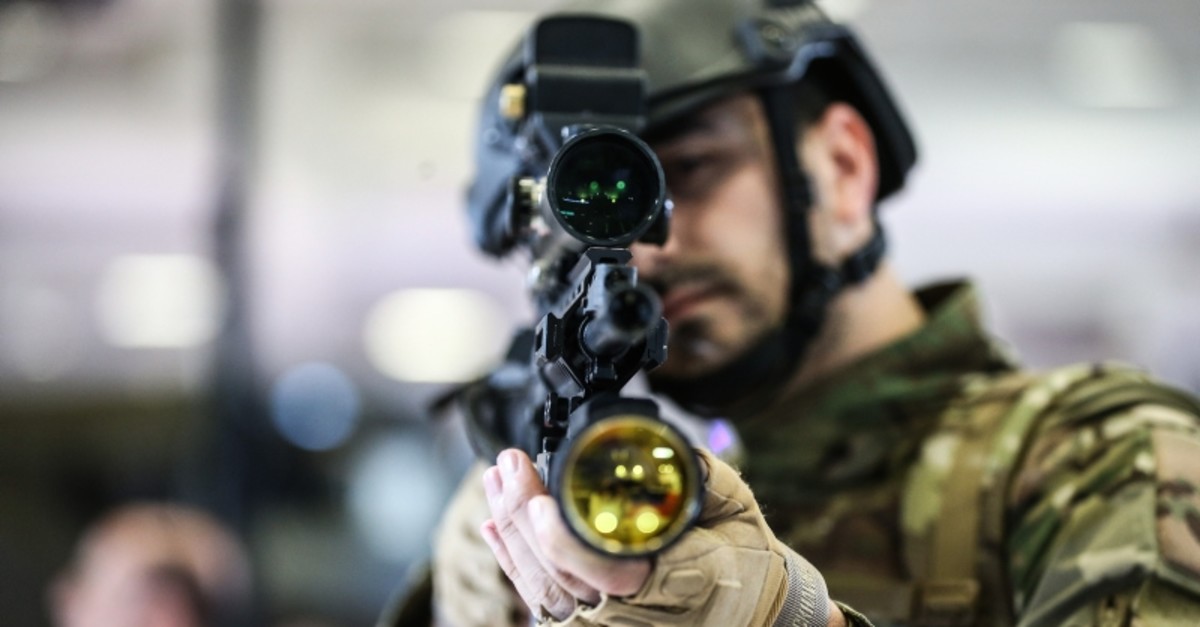 Turkish engineers at the Scientific and Technological Research Council of Turkey (TÜBİTAK) have developed a new national laser gun, inspired by the laser beams used in blasters and other weapons in Star Wars movies, after three months of research and development work.

The Rifle Mount Laser (TÜMOL), which is only available as a prototype for the time being, can also be mounted on Turkey's first locally designed and produced assault rifle, the MPT-76.

The gun, which has a deterrent effect up to one kilometer, will provide great advantages to the Turkish Armed Forces (TSK), according to the Industry and Technology Ministry.

Speaking about the product, Industry and Technology Minister Mustafa Varank said: "It turns electricity into laser light. It has a very high effect at a short distance. Doesn't make a sound. Can be seen with an infrared camera. It can penetrate steel on the deck of a ship at a power level of 20 kilowatts." 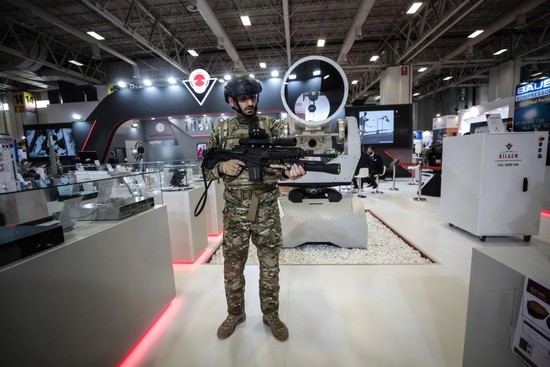 Having a power level of up to 500 watts and a destructive laser light, the TÜMOL can be used effectively against many different types of targets, from handmade explosives to drones, according to the minister.

The project supervisor, Associate Professor Aydın Yeniay said the man-portable gun was the first of its kind in terms of strength.

The high-tech gun was showcased at one of the world's leading defense fairs, the International Defense Industry Fair (IDEF'19).

Over 70 countries, 148 delegations from three international institutions, over 480 local firms and 580 foreign companies are attending the four-day event, hosted by the National Defense Ministry under the auspices of the Presidency of the Republic of Turkey and the management and responsibility of the Turkish Armed Forces Foundation. About 250 Turkish participants are small and medium-sized enterprises (SMEs).