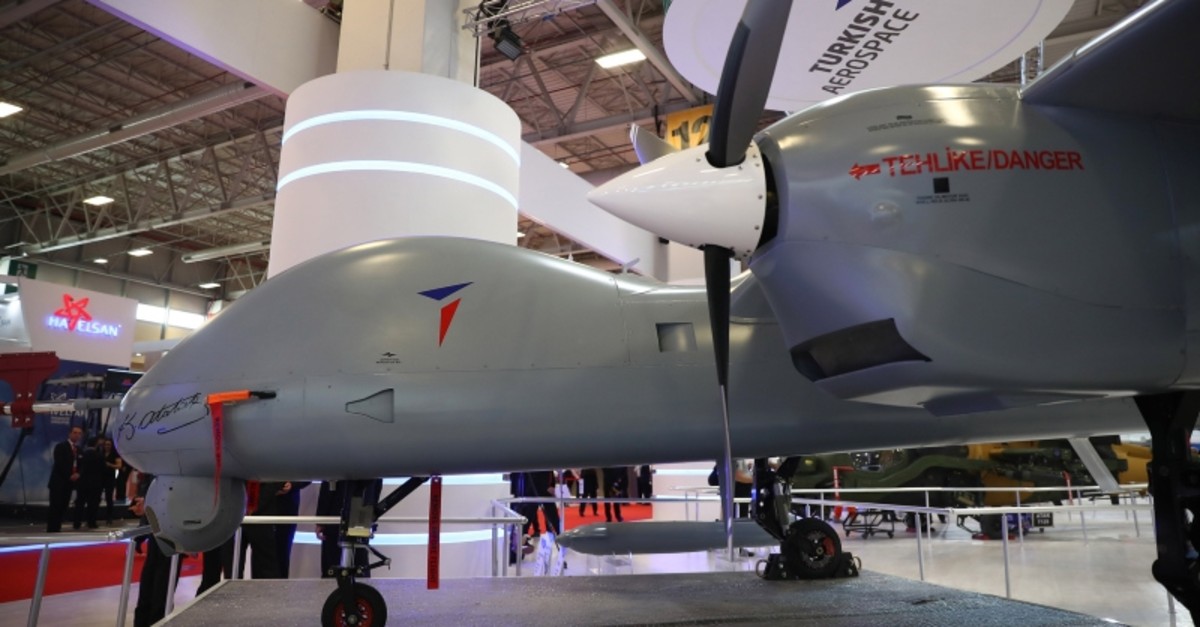 Turkish Aerospace Industries (TAI) has a 380-kph capacity unmanned aerial vehicle (UAV) in the works, according to its CEO.

TAI manufactured two Aksungurs for test flights and will deliver them this year to the Turkish Armed Forces, he added.

After completion of the Aksungur this year, TAI will start work on the Goksungur, he said.

He highlighted that Aksungur has a 750-kg carrying capacity, a sharp upgrade from the 200-kg capacity of the earlier model.

"We produce components for aviation giant such as Airbus, Lockheed Martin, and Boeing, and have annual exports totaling $500 million," Kotil said.

He added that in 2019, TAI's product range will help it reach $2.6 billion in turnover.