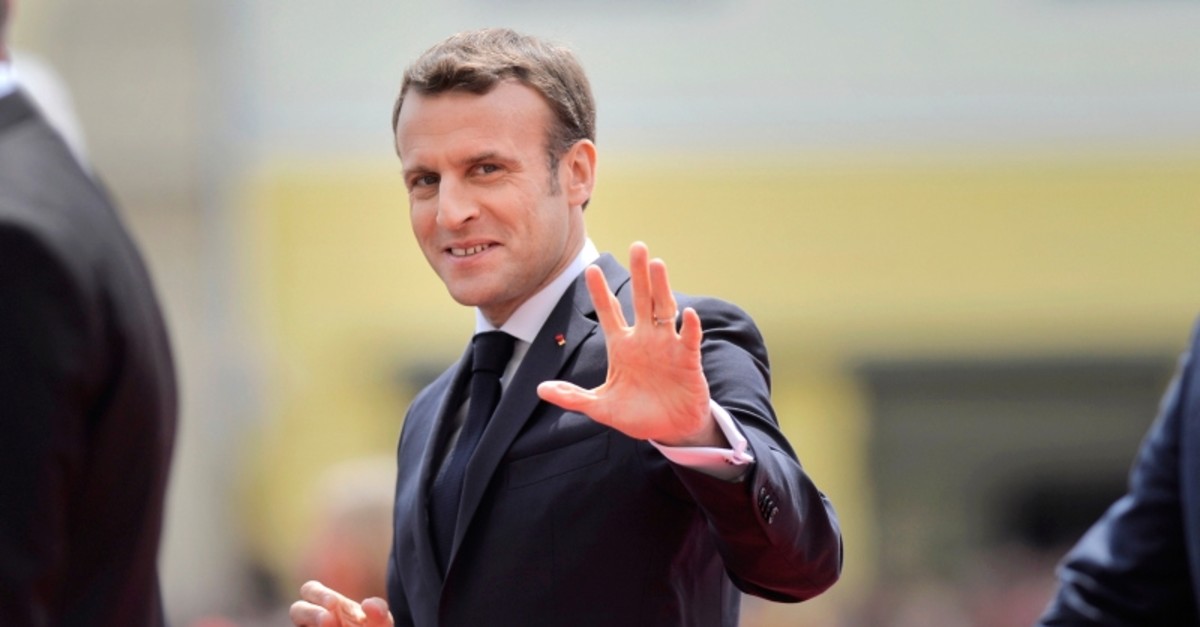 French President Emmanuel Macron defended his country's arms sales to Saudi Arabia and the United Arab Emirates on Thursday as campaigners focused attention on a new shipment set to leave from the northern port of Le Havre.

Human rights groups have regularly denounced France for continuing to supply the Gulf states despite allegations of war crimes and civilian deaths during their military operations in neighboring Yemen.

"Saudi Arabia and the United Arab Emirates are allies of France and allies in the fight against terrorism. We accept responsibility for that," Macron told reporters when asked about the arms sales.

Speaking as he arrived for a meeting of EU leaders in Romania, Macron said that arms exports were overseen by a government committee that had demanded guarantees that the weapons would not be used against civilians.

"We received that," he added.

Macron has faced mounting pressure from critics in France over the deliveries, particularly after a recent leaked intelligence report showed that French weapons were being widely used in the Yemen conflict.

Leftwing lawmakers stormed out of parliament on Tuesday in protest after Genevieve Darrieussecq, secretary of state for the armed forces, said there was "no proof these weapons are being used against civilian populations."

The conflict in Yemen has lasted more than four years and killed tens of thousands of people, many of them civilians, relief agencies say.

The fighting has triggered what the United Nations describes as the world's worst humanitarian crisis, with 3.3 million people still displaced and 24.1 million — more than two-thirds of the population — in need of aid.

For the past week, NGOs such as the Campaign Against Arms Trade and Human Rights Watch have tracked the movements of a Saudi cargo ship that has traveled between Belgium, Britain and France.

French Defense Minister Florence Parly confirmed Wednesday that French weapons would be loaded onto the ship, the Bahri Yanbu, when it docks at the French port of Le Havre.

It was anchored around 30 kilometers (18 miles) from the port on the Channel coast on Thursday afternoon, tracking website MarineTraffic showed.

The French campaign group Christian Action for the Abolition of Torture (ACAT) filed a suit in a Paris court on Thursday seeking to prevent the ship from loading its cargo.

The group is seeking to use a 2014 international treaty regulating the arms trade which stipulates that signatory countries should not export weapons if they know they might be used to commit war crimes.

"It is entirely true that for several years — at its height, five or six years ago in contracts that were signed at that time — France has sold weapons to the United Arab Emirates and Saudi Arabia," Macron added Thursday.

"The majority of these weapons that were sold have been used inside their territories or at the border," he added. "But I want to be clear: we need to be with our allies in these difficult times and the war against terrorism is a priority for us."