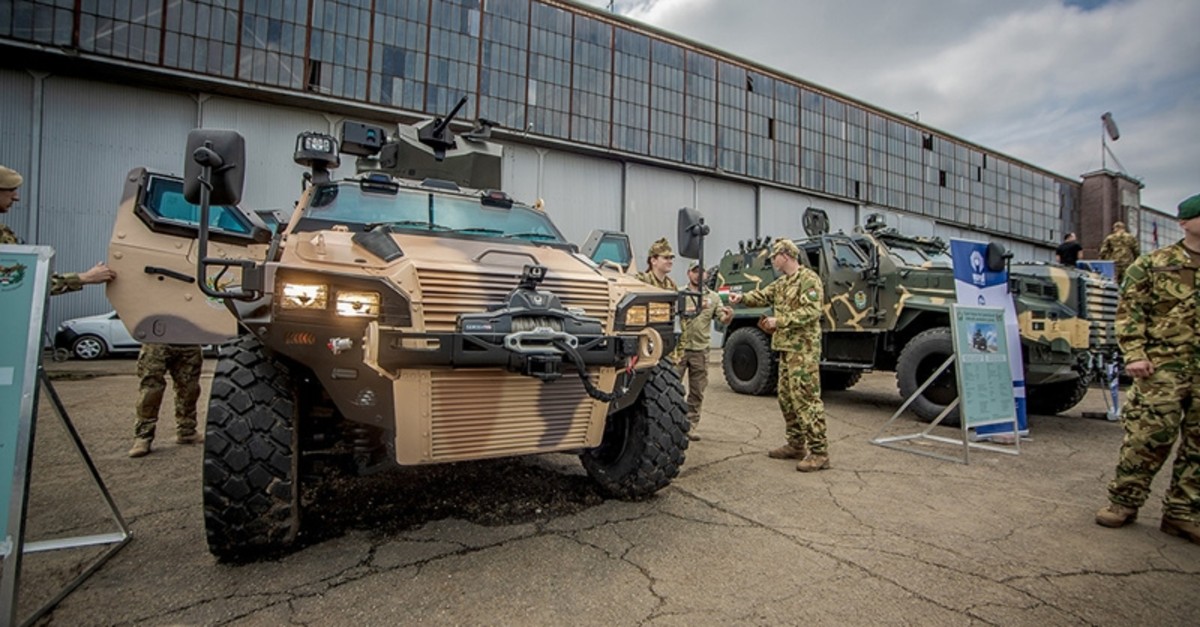 Armored vehicles that were domestically manufactured by a Turkish defense industry firm to be used in combat zones will soon join Hungary's inventory after the procurement process is completed, making Hungary the first European Union country to use the vehicles.

Hungary will be the sixth country purchasing the Ejder Yalçın 4x4, produced by Nurol Makina Sanayi (NMS), and the second country to buy Yörük 4x4, which is also in the mass production stage.

The armored vehicles were spotted in videos and photographs shared by the Hungarian Defense Forces showing the vehicles in their inventory or those in the procurement process.

The Ejder Yalçın and Yörük vehicles bearing Hungarian Defense Forces symbols and the Hungarian flag were also displayed to the public at Budaörs Airport as part of the events organized for "National Defense Day".

The celebratory events saw attendance by official delegations from NATO and regional countries as well as military attaches.

The Ejder armored vehicle series has so far been purchased by 10 countries and the company continues its negotiations to sign new contracts with other countries. The firm has also been developing various configurations of the vehicle for its foreign purchasers.

The NMS, which has put more than 1,000 vehicles into use and delivered some 500 vehicles to its purchasers, is currently working on new contracts for another 500 vehicles.

Particularly in the fields of defense and homeland security, Nurol Makina continues its domestic and overseas activities and plays an important role in meeting the needs of the Turkish Armed Forces (TSK) and the General Directorate of Security.

The share of exports to African, Middle Eastern and Central Asian countries in Nurol Makina's turnover has increased elevenfold since 2012, standing at 75% in 2018.