Turkey prepares for all scenarios, including possible US sanctions, over Russian S-400s 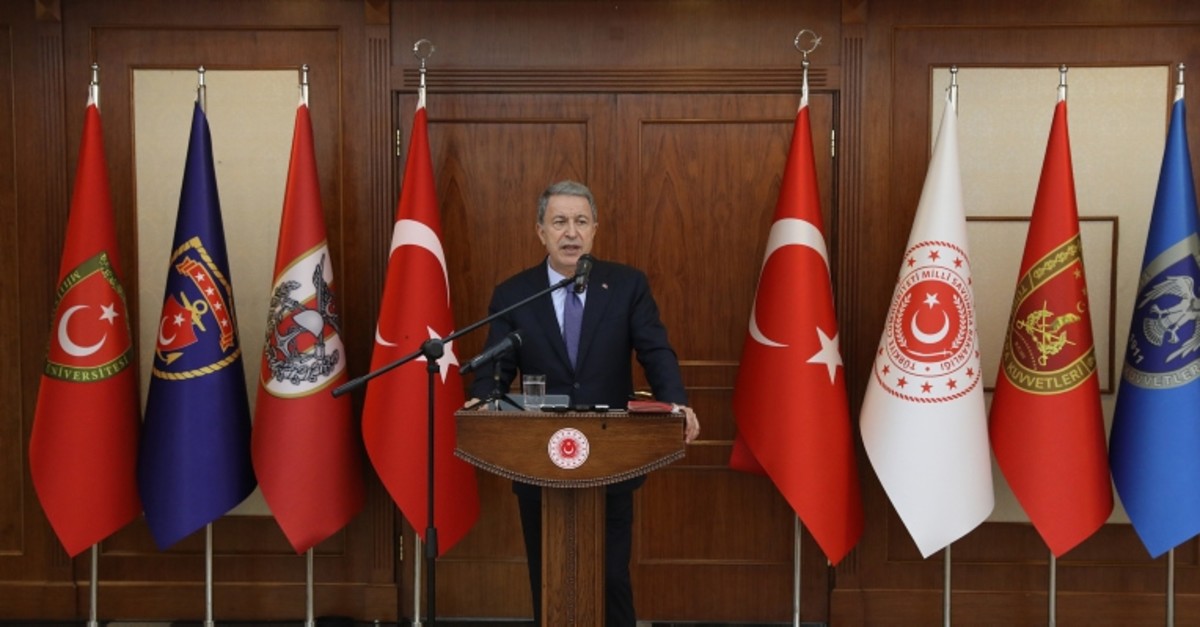 Speaking to reporters, Akar said the U.S. was still trying to dissuade Turkey from purchasing the Russian-made missiles but Ankara was determined to go through with the deal.

"We tell them it's a `done deal` but they keep telling us `no deal is a done deal'," Akar said.

"We are doing whatever normal bilateral agreements mandate. Though there are some issues from time to time, we are pleased that there has been no sharp turn until now... Turkey is also making preparations for the potential implementation of Countering America's Adversaries Through Sanctions Act (CAATSA) sanctions," he said.

Turkey and the United States have been at odds on several fronts including Ankara's decision to buy the S-400s, claiming that the Russian made system cannot be integrated into NATO systems. Washington says it would jeopardize Turkey's role in building Lockheed Martin F-35 fighter jets, which it says would be compromised by S-400s.

Akar said Turkey was fulfilling its responsibilities in the F-35 project and expected the program to continue as planned. He said buying the S-400s was only meant to meet Turkey's defense needs and posed no threats.

While Washington has warned that Ankara faced sanctions under CAATSA if it presses on with the deal, Turkey has said it expected U.S. President Donald Trump to protect it.

"In our talks with the United States, we see a general easing and rapprochement on issues, including the east of the Euphrates, F-35s and Patriots."

Akar said linking the S-400 purchase with that of the F-35s is "another hurdle" and noted that nine NATO partners have a stake.

"There is no clause anywhere in the F-35 agreement saying one will be excluded from the partnership for buying S-400s," he said. "Turkey has paid $1.2 billion. We also produced the parts ordered from us on time. What more can we do as a partner?"

The minister said Turkey had already received the delivery four of the fighter jets and Turkish pilots were undergoing necessary training in U.S. Air Force bases.

"Turkey is fulfilling its responsibilities and we naturally expect the F-35 program to proceed in accordance with the deal we agreed to," he said.

Akar also told that Turkish military personnel were sent to Russia to receive training about the S-400s before the system's implementation.

The Kremlin on Wednesday also condemned as unacceptable the alleged U.S. ultimatum to Turkey designed to force it to cancel a deal to buy Russian S-400 and purchase U.S. Patriot missile systems instead.

"We regard this extremely negatively. We consider such ultimatums to be unacceptable, and we are going on the many statements made by representatives of Turkey's leadership headed by President Erdoğan that the S-400 deal is already complete and will be implemented," Kremlin spokesman Dmitry Peskov said. He was responding to a CNBC report which said Washington had given Turkey just over two weeks to scrap the Russian deal and do an arms deal with the U.S or risk severe penalties.

In trying to persuade Turkey to give up the Russian missiles, the United States has offered to sell its rival Raytheon Co. Patriot missile defense systems, which Akar said Ankara was evaluating. He said Turkish and U.S. officials were working on price, technology transfer and joint production issues on the latest U.S. offer in late March.

The minister also said conceptual work on the SAMP-T defense systems with the Franco-Italian EUROSAM consortium was expected to be completed in October. He said EUROSAM had offered to install a SAMP-T battery in Turkey and that scouting work would be carried out.