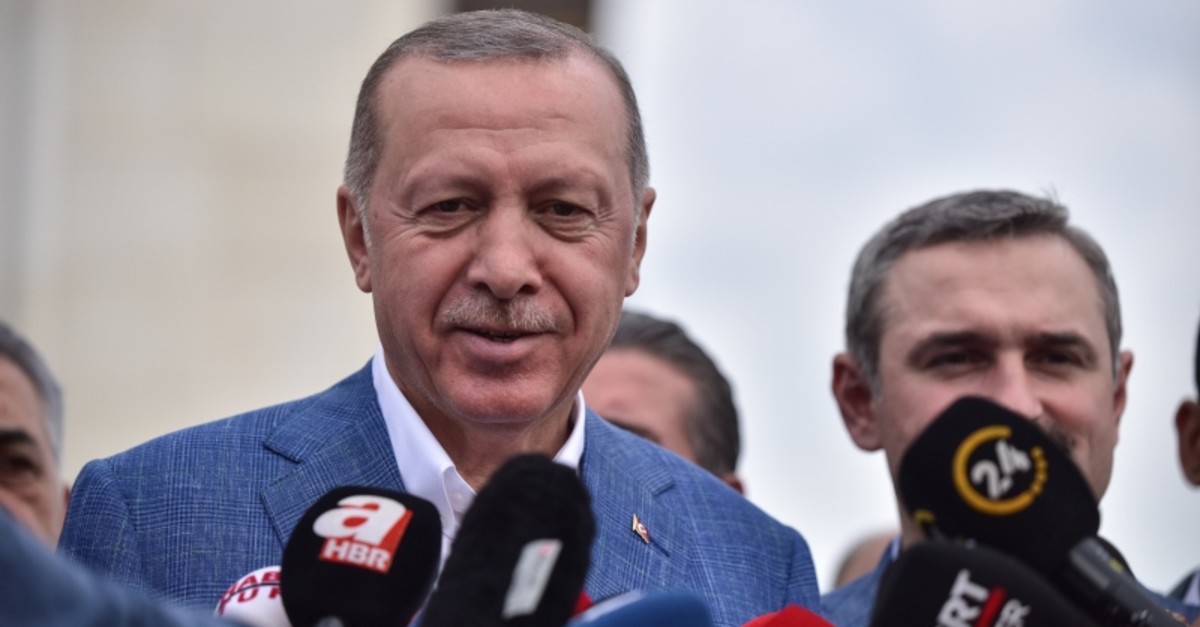 Speaking to reporters at Istanbul's Çamlıca Mosque after Bayram prayers, Erdoğan said it was out of the question for Turkey to backtrack on the deal.

"We have made a deal and our determination is evident. It is out of the question for us to walk away from this," he said.

Erdoğan said Turkey would also consider the U.S.' offer on Patriot missiles if the terms were agreeable but what Washington had offered so far was far from reasonable.

"It is in every country's self-interest to seek a win-win situation regarding international trade. Turkey is neither obliged nor forced to make any purchases," the president said.

However, U.S. officials have advised Turkey to buy the Patriot missile system rather than the S-400 system from Moscow, arguing it is incompatible with NATO systems.

Also speaking about Turkey's ongoing Operation Claw against the PKK, Erdoğan said the military campaign was going on with utmost "determination."

"There is no slight deviation. The operation continues with determination," he said.

The Turkish Armed Forces (TSK) launched Operation Claw against the PKK terror group on May 27.

On Tuesday, the TSK said six more terrorists were "neutralized" during the operation, bringing the total number of terrorists neutralized so far to 34.

Authorities often use "neutralized" in statements to imply that the terrorists in question have surrendered or were killed or captured.

In its more than 30-year terror campaign against Turkey, the PKK — listed as a terrorist organization by Turkey, the U.S. and the EU — has been responsible for the deaths of nearly 40,000 people, including many women and children.