US to stop accepting Turkish pilots to train on F-35 jets over S-400 row: report 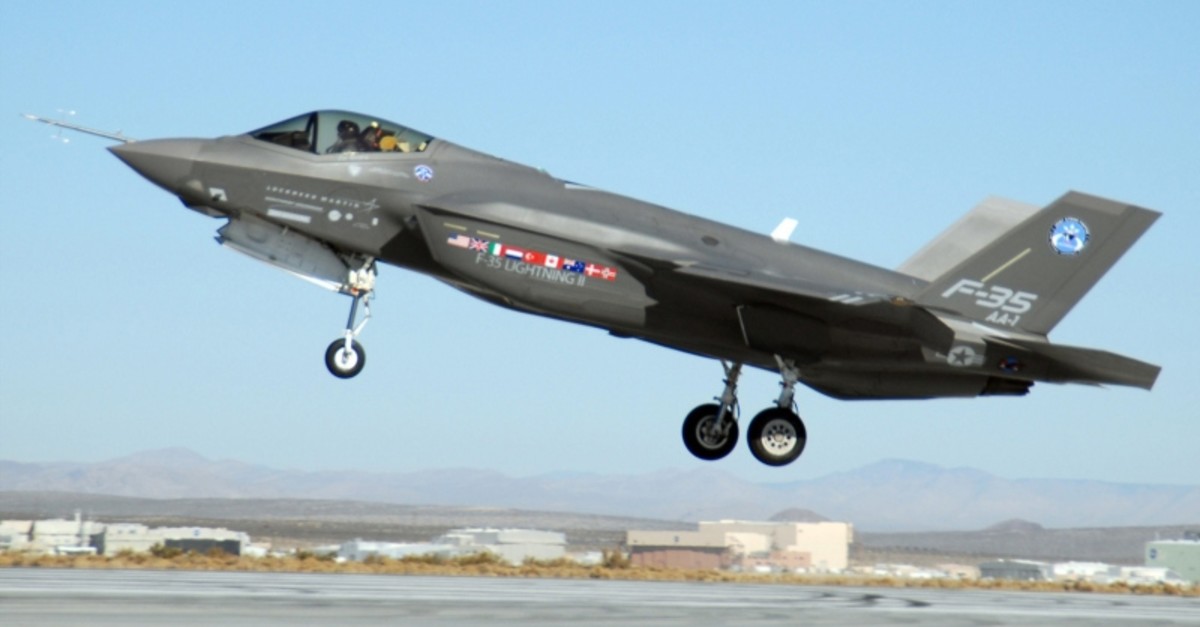 The United States has decided to stop accepting any more Turkish pilots who had planned to train in the United States on F-35 fighter jets, three U.S. officials said, in a sign of an escalating dispute over Ankara's plans to purchase Russian air defenses.

The United States says Turkey cannot have both, but had avoided taking steps to curtail or halt planned training of Turkish pilots in the program, a reprisal that could be seen as an embarrassment in Turkey.

The three U.S. officials, who spoke to Reuters this week on condition of anonymity, left open the possibility the decision could be reversed, perhaps if Turkey altered its plans. They said the decision so far only applied to upcoming rounds of Turkish pilots and maintenance crews who would have normally trained in the United States.

Reuters was first to report the U.S. decision on pilots, which traders said pressured the Turkish lira on Friday. A spokesman for Turkey's Defense Ministry declined to comment on Friday.

The Pentagon declined to comment on whether it would accept new Turkish pilots. But it has stressed discussions are taking place with Ankara on potentially selling Turkey Patriot missile defenses, which are made by Raytheon Co.

The United States also has threatened to halt training of Turkish pilots and maintenance crews already in the United States, two of the officials said. Reuters reported last week that the step was being seriously considered.

One official said the pilots in the United States could be removed by the end of July.

Turkey has expressed an interest in buying 100 of the fighters, which would have a total value of $9 billion at current prices.

If Turkey were removed from the F-35 program, it would be one of the most significant ruptures in recent history in the relationship between the two allies, experts said.

Strains in their ties already extend beyond the F-35 to include conflicting strategy in Syria, Iran sanctions and the detention of U.S. consular staff in Turkey.

The disclosure of the decision on the pilots follows signs that Turkey is moving ahead with the S-400 purchase. Defense Minister Hulusi Akar said on May 22 that Turkish military personnel were receiving training in Russia to use the S-400, and that Russian personnel may go to Turkey.

President Recep Tayyip Erdoğan said on Tuesday it was "out of the question" for Turkey to back away from its deal with Moscow.

Erdoğan said the United States had not "given us an offer as good as the S-400s."

The Turkish lira declined as much as 1.5% on Friday before recovering some losses. The currency has shed nearly 10% of its value against the dollar this year in part on fraying diplomatic ties and the risk of U.S. sanctions if Turkey accepts delivery of the S-400s.

Kathryn Wheelbarger, one of the Pentagon's most senior policy officials, said last week that Turkey's completion of the transaction with Russia would be "devastating," dealing heavy blows to the F-35 program and to Turkish interoperability within the NATO alliance.

"The S-400 is a Russian system designed to shoot down an aircraft like the F-35," said Wheelbarger, an acting assistant secretary of defense. "And it is inconceivable to imagine Russia not taking advantage of that (intelligence) collection opportunity."