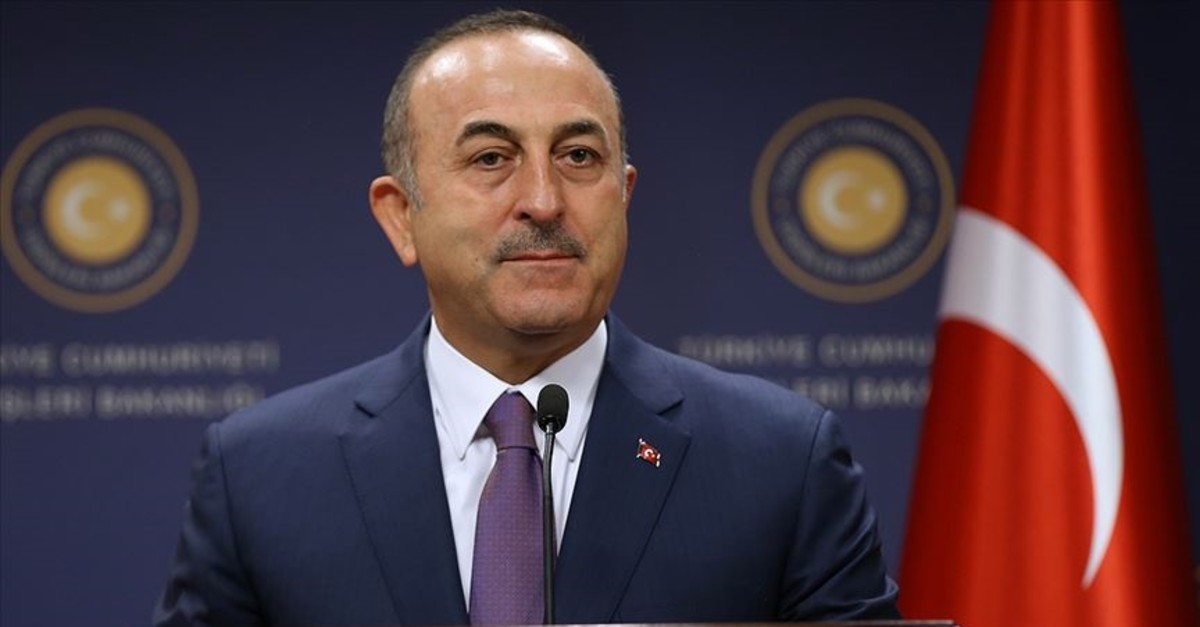 Reiterating that the Russian-made S-400 air missile defense system is a done deal, Ankara continues to defy U.S. sanction threats over its purchase of the system. It also says that partners in the F-35 jet program do not support the steps taken by the U.S. regarding the training of Turkish pilots

Speaking to reporters at a joint press conference with his Rwandan counterpart Richard Sezibera, Çavuşoğlu said it was "out of the question" for Turkey to walk away from the S-400s as Ankara is already discussing the delivery dates of the missile systems.

"Turkey urgently needs air defense. We cannot say 'NATO should protect us' if there is an attack because, let's be honest, NATO can only protect 30% Turkish airspace. It was the U.S., Germany and the Netherlands that pulled out Patriots when we needed them the most," Çavuşoğlu said.

The minister said partner nations in the F-35 jet program do not support the steps taken by the United States to halt pilot training.

"All decisions should be made with a consensus. Turkey is a partner of the F-35 program and has significant contributions. We contributed more than $1 billion to the program. These sorts of decisions made by the U.S. are against the partnership deal. Other partners of the program are unhappy with this move too," he said.

Earlier this month, the U.S. said the training of Turkish pilots will end on July 31 and Turkey would not be allowed to take final possession of the four F-35 aircraft it bought. Washington also warned that Ankara's purchase of the Russian system could hamper America's future relationship with Turkey.

The president also reiterated that the deal with Russia was sealed and there would be no turning back, adding that the country expects delivery of the S-400s in the first half of July.

Çavuşoğlu said Erdoğan and his U.S. counterpart Donald Trump confirmed with each other to meet on the sidelines of G-20 in Japan's Osaka to discuss the issue of the S-400s, as well as other topics including developments in Syria.

Erdoğan had said he would discuss the issue of sanctions with him. He added that the U.S. wouldn't want to lose an ally like Turkey.

Turkey has responded that it was the U.S.' refusal to sell Patriots that led it to seek other sellers, adding Russia offered a better deal, including technology transfers.

President Erdoğan last week denied that Washington offered Turkey a "good" deal that would allow it to purchase U.S. Patriot systems instead.

On the other hand, Foreign Minister Çavuşoğlu said Turkey is pleased with Rwanda's quick action to shut down a school affiliated with the Gülenist Terror Group (FETÖ), a group behind the 2016 defeated coup in Turkey.

"Rwanda has made us and the Turkish people so happy, especially on the issue of FETÖ, as it immediately shut down the FETÖ-affiliated school," the minister said.

FETÖ and its U.S.-based leader Fetullah Gülen orchestrated the defeated coup in Turkey on July 15, 2016, which left 251 people dead and nearly 2,200 injured.

Çavuşoğlu warned that the terror group is working to resume their activities in Rwanda using various methods, adding that Turkish officials briefed the Rwandan delegation on this during yesterday's meeting.

The foreign minister said Turkish firms have investments in Rwanda of over $400 million and that Turkey will encourage companies to boost these investments.

He also said the two countries should hold business forums to increase trade and investment.

Çavuşoğlu highlighted that the national flag carrier Turkish Airlines (THY) flies to Rwanda's capital Kigali seven days a week, helping link the country to the world.

Çavuşoglu and Sezibera signed an agreement on visa exemptions for service passport holders as well as a cooperation agreement for diplomatic training and exchange of information and documents.

Sezibera, for his part, said the cooperation between the two countries did not start a long time ago but "has increased very rapidly over the last few years."

"About three years ago, the minister [Çavuşoğlu] paid a working visit to Rwanda. We signed many agreements at that time. Today, I reciprocated the visit, and we have signed an additional series of agreements," he said.

He noted that the agreements aim to accelerate cooperation and ease doing business and added that with further exemptions in the future, people's movement will also be easier.

Sezibera also urged "Turkish tourists to consider Rwanda as a destination for leisure, for conferences, for meetings."