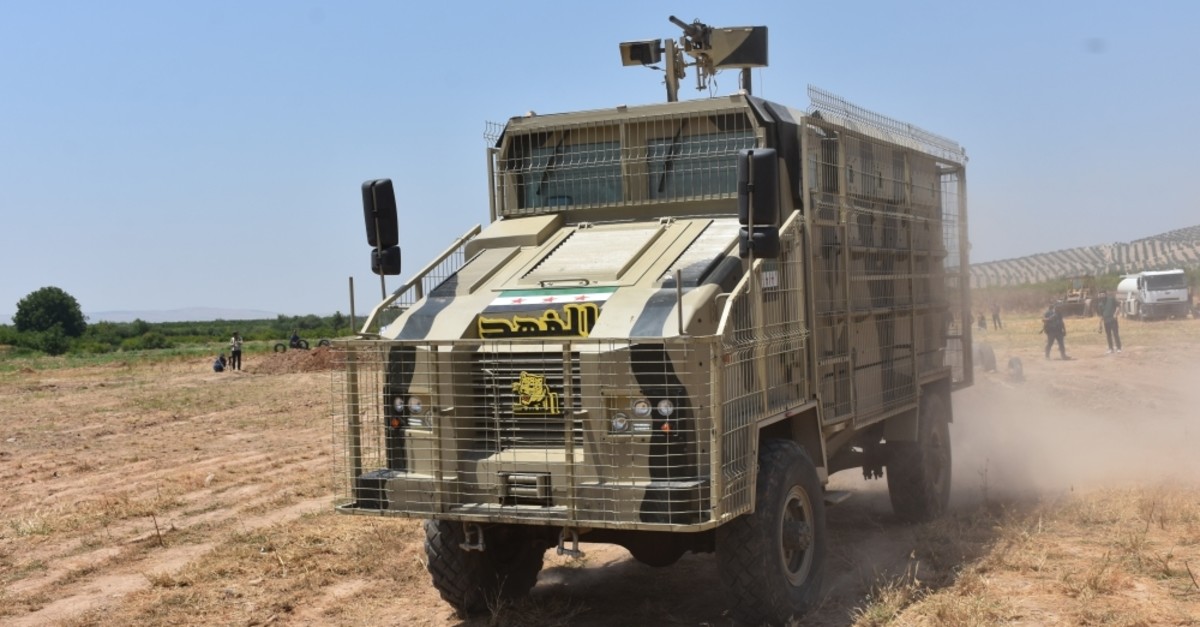 Inspired by Turkish armored vehicles, the Al-Fahd carrier was the fruit of the FSA's effort in the field of defense industries in the wake of Turkey's Euphrates Shield operation in 2017.

The 4x4 vehicle turns at a speed of 80 kilometers per hour (km/hour) on flat land and 30 km/hour through mountainous terrain, according to a source with the FSA-affiliated Al-Hamza division. The personnel carrier has a length of 6 meters, a height of 3 meters and a width of 1.75 meters.

It is equipped with a hydraulic rear door, seven side openings for shooting, bulletproof glass, a shield against light and heavy landmines and a steel mesh for protection against rocket-propelled grenade (RPG) shells, the source said. It is also equipped with an automatic machine gun, a high-definition night vision screen and an advanced communication system. The FSA carrier can take 10 soldiers, including a five-person crew.

Since 2016, Turkey's Euphrates Shield and Olive Branch operations in northwestern Syria have liberated the region, including Al-Bab, Afrin and Azaz, from the People's Protection Units (YPG)/PKK and Daesh terrorists, making it possible for Syrians who fled violence to return home.

Syria has been locked in a devastating conflict since early 2011, when the Bashar Assad regime cracked down on demonstrators with unexpected brutality. Since then, hundreds of thousands of people have been killed and more than 10 million displaced, according to U.N. figures.