US approves $2.2B arms sale to Taiwan despite China's opposition 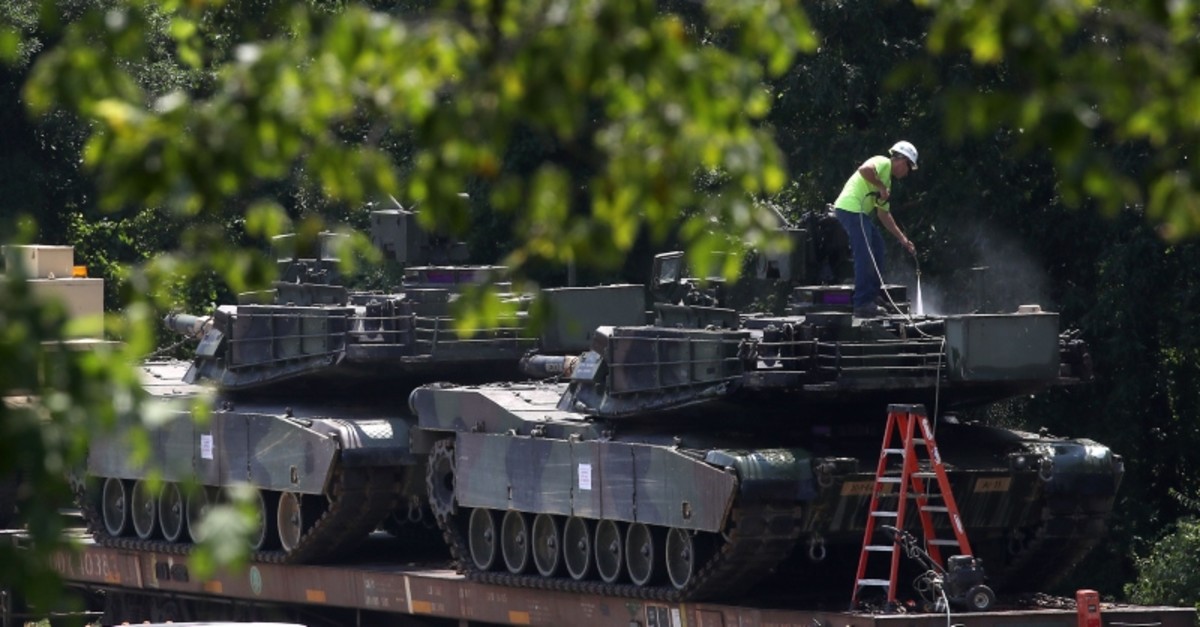 The U.S. State Department has approved the potential sale to Taiwan of $2.2 billion in arms, including battle tanks and anti-aircraft missiles, the Pentagon said on Monday, a move met by opposition from China.

It would be the first big-ticket U.S. military sale to Taiwan in decades, and comes amid already strained ties between Washington and Beijing -- which has expressed "serious concerns" about the weapons.

The deal includes 108 M1A2T Abrams tanks, 250 Stinger portable anti-aircraft missiles, related equipment and support at an estimated cost of just over $2.2 billion, according to the Defense Security Cooperation Agency (DSCA).

The proposed sale "will contribute to the modernization of the recipient's main battle tank fleet", improve its air defense system and "support the foreign policy and national security of the United States by helping to improve the security and defensive capability (of Taiwan)," DSCA said.

It would not alter the "basic military balance in the region," the agency added, and Congress has been notified. U.S. lawmakers have 30 days to object to the sale but are unlikely to do so.

China's foreign ministry called on the United States on Tuesday to withdraw the sale, saying it strongly opposes the action.

Ministry spokesman Geng Shuang made the comments at a daily news briefing in Beijing.

Beijing had made clear its opposition to the possible sale earlier this month, stressing the "extremely sensitive and damaging nature" of arms sales to Taiwan.

The island has been ruled separately from China since the end of a civil war in 1949, but Beijing considers it a part of its territory to be retaken -- by force if necessary.

China has significantly stepped up diplomatic and military pressure on Taipei since the election in 2016 of President Tsai Ing-wen, whose Democratic Progressive Party refuses to acknowledge that the island is part of "One China."

It has staged military exercises near the island, and steadily reduced the already small number of nations that recognize Taiwan.

The United States switched diplomatic recognition from Taiwan to China in 1979, but has remained an important ally -- and arms supplier -- to Taipei. Laws passed that year by Congress required Washington to provide the island with means of self-defense.

But it has been wary of big-ticket military equipment sales to Taiwan in recent years, fearful of stoking anger in Beijing.

President Donald Trump -- whose administration is locked in a trade war with China -- has however sought to strengthen ties with Taiwan and appears more willing to sell arms.

Taiwan would be massively outgunned in terms of troop numbers and firepower in any conflict with China, and has sought to upgrade much of its increasingly obsolete military equipment, especially its aging air force.

"Taiwan stands in the frontline of China's ambitious expansion and faces enormous threats and pressure from Beijing," the Taiwanese foreign ministry said in a statement.

"This arms sale of M1A2 tanks and various missiles will help greatly to increase our defensive capabilities."

Abrams tanks and Stinger missiles -- which are portable and can be quickly moved by soldiers in the field -- would significantly increase Taiwan's ability to counter Chinese armor and warplanes in the event of an invasion.

"The M1A2 tanks are very reliable and will become an essential part of our ground defense" because of their maneuverability, Lt. Gen. Yang Hai-ming of the Taiwanese army told reporters.

"Having the M1A2 to replace our older tanks will quickly and effectively boost our defense capability."