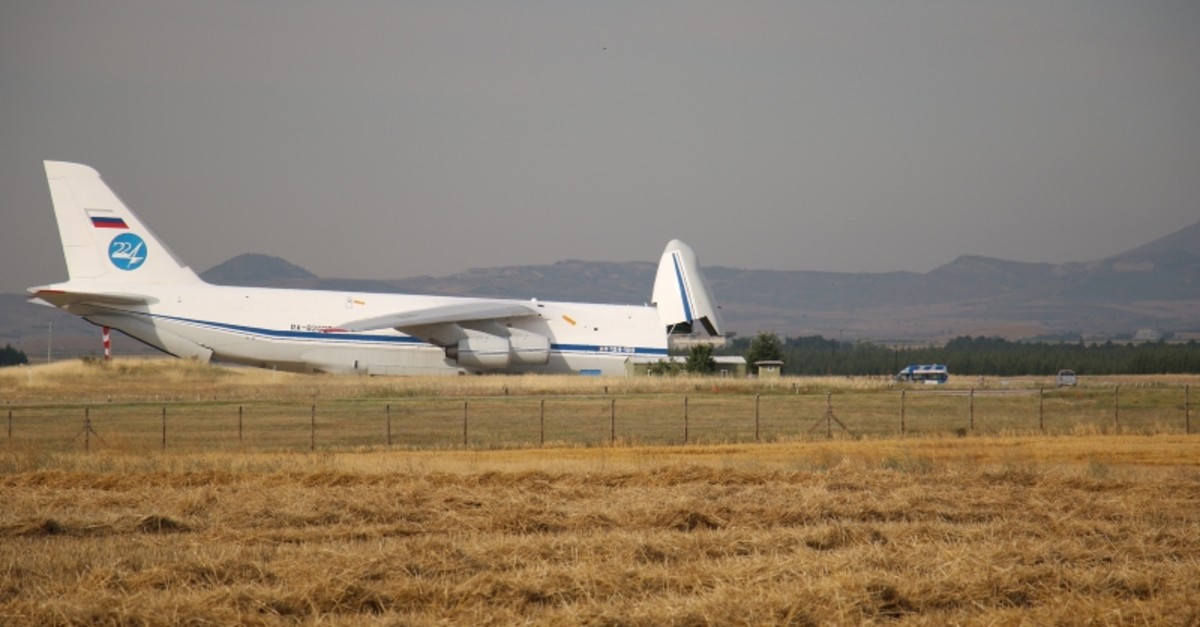 Delivery of the S-400 long-range air and missile defense system is continuing as planned, the Defense Ministry said. The ministry tweeted about the landing of a fifth, sixth and seventh Russian cargo aircraft at Ankara's Mürted Air Base, which was used by putschist soldiers during the foiled coup attempt that took place on July 15, 2016.

The ministry also said two more planes were expected to arrive within the day.

The long-awaited deliveries of the defense system began Friday when the first batch of equipment, procured to meet Turkey's air and missile defense needs, arrived at the air base in Ankara.

Three different Russian Antonov An-124 cargo aircraft landed on Friday and one arrived on Saturday. No details regarding when and where the Russian surface-to-air missiles will be installed have been revealed yet.

A Turkish military team has been training in Russia since May, and the training was initially planned to last five months. State broadcaster TRT said on Friday that the system would be assembled at Mürted by a joint Turkish-Russian technical team and installed in several locations across Turkey.