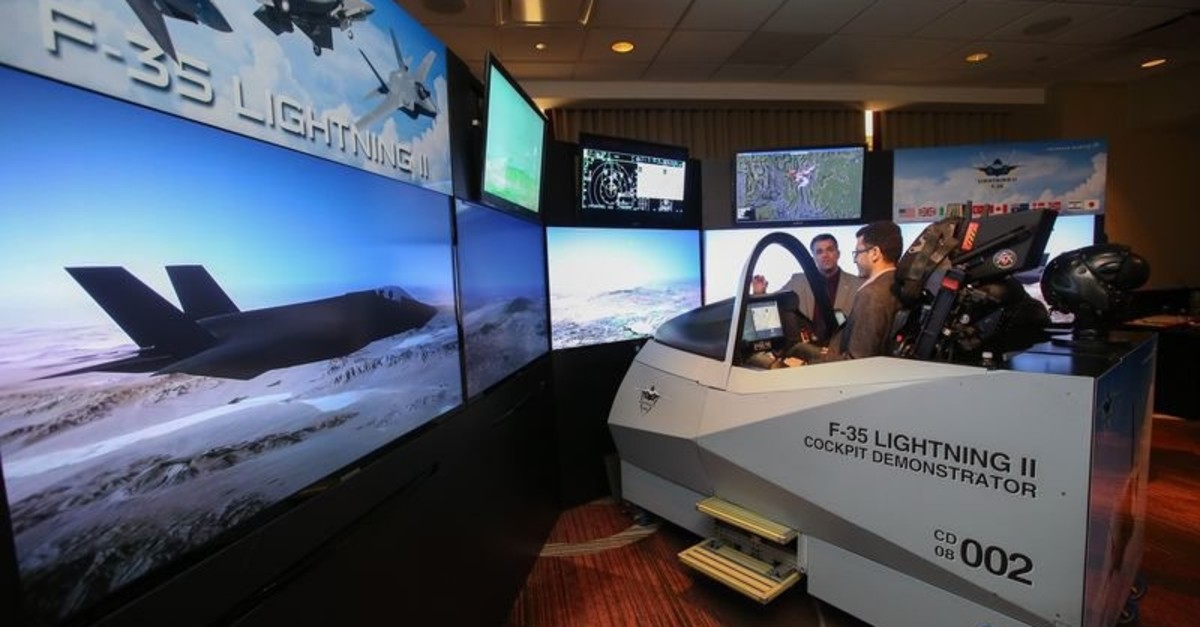 Ankara on Wednesday rebuked the United States for its decision to exclude Turkey from the F-35 program over its purchase of an S-400 missile defense system from Russia.

"This unilateral step is incompatible with the spirit of alliance and does not rely on any legitimate justification," the Foreign Ministry said in a statement, rejecting Washington's claim that Turkey's purchase of the S-400 system would weaken the F-35 program.

"The fact that our proposal to establish a working group with NATO to discuss this issue has been left unrequited is the most obvious indicator of the prejudice on the U.S. side and the lack of will to resolve this issue in good faith," the ministry said.

The statement said the U.S. commitment to its strategic partnership with Turkey must go beyond just words, especially in the fight against terror groups such as Daesh, the PKK, People's Protection Units (YPG) and the Gülenist Terror Group (FETÖ).

"We call on the U.S. to take back this mistake, which is bound to inflict unrepairable harm on our relationship," the ministry said.

Kalın said the decision was not in line with previous statements from President Tayyip Erdoğan and his U.S. counterpart Donald Trump, underlining that Turkey-U.S. relations cannot move forward healthily with one-sided impositions.

The phone call also included the safe-zone proposal in northern Syria and Turkey's safety concerns, implementing the roadmap agreed on the northern Syrian town of Manbij and removal of the PKK affiliate People's Protection Forces (YPG). Recent developments in Libya were also discussed in the phone call and the two parties expressed their common will for opposing sides to return to a political solution.

The White House said Wednesday that it is no longer possible for Turkey to be involved in the F-35 program, citing Ankara's decision to purchase the Russian S-400 air defense system as the main reason behind the decision.

"The F-35 cannot coexist with a Russian intelligence collection platform that will be used to learn about its advanced capabilities," the White House said in a statement, adding that the U.S. has been actively working with Turkey to provide air defense solutions to meet its legitimate air defense needs.

The White House's statement highlighted Turkey's stance as a trusted partner and NATO ally for over six decades.

"The United States still greatly values our strategic relationship with Turkey. As NATO Allies, our relationship is multi-layered, and not solely focused on the F-35."

The statement continued by saying that the U.S. will continue to maintain strong relations with Turkey.

"The U.S. still values the strategic partnership with Turkey despite removal from F-35 program," Undersecretary of Defense for Acquisition and Sustainment Ellen M. Lord told reporters in a news conference following the White House statement.

"Much of the F-35's strength lies in its stealth capabilities," said Lord. "So the ability to detect those capabilities would jeopardize the long-term security of the F-35 program."

In the short-term Turkey's share of F-35 parts production will be shifted to U.S. suppliers "but this will gradually open up to program partners," Lord said, noting that Turkey's removal will have "minimal impact" on the overall program.

Lord continued by saying that all Turkish F-35 students and instructor pilots currently in the U.S. will leave the country and the 20 personnel at the joint program office will no longer retain access to facilities.

"We are proceeding with a very orderly wind-down by March 2020," Lord said. She would not comment on whether Turkey could get back into the program by giving up the Russian S-400 missile defense system.

The status of the money Turkey put down to purchase the fifth-generation aircraft is uncertain, however, with the Pentagon official saying only that "we're discussing the specifics about the aircraft they have purchased so far."

Turkey stands to lose over $9 billion in program work share from the over 900 parts it was to make over the life of the program, she added.

"This is a specific response to a specific action," Deputy Undersecretary of Defense for Policy David Trachtenberg said, insisting the U.S. remained committed to its strategic partnership with Turkey.

The delivery of S-400 components began last week and is ongoing with 14 shipments of related equipment so far having landed in Turkey over the last six days.