Trump says not considering sanctions against Turkey over S-400 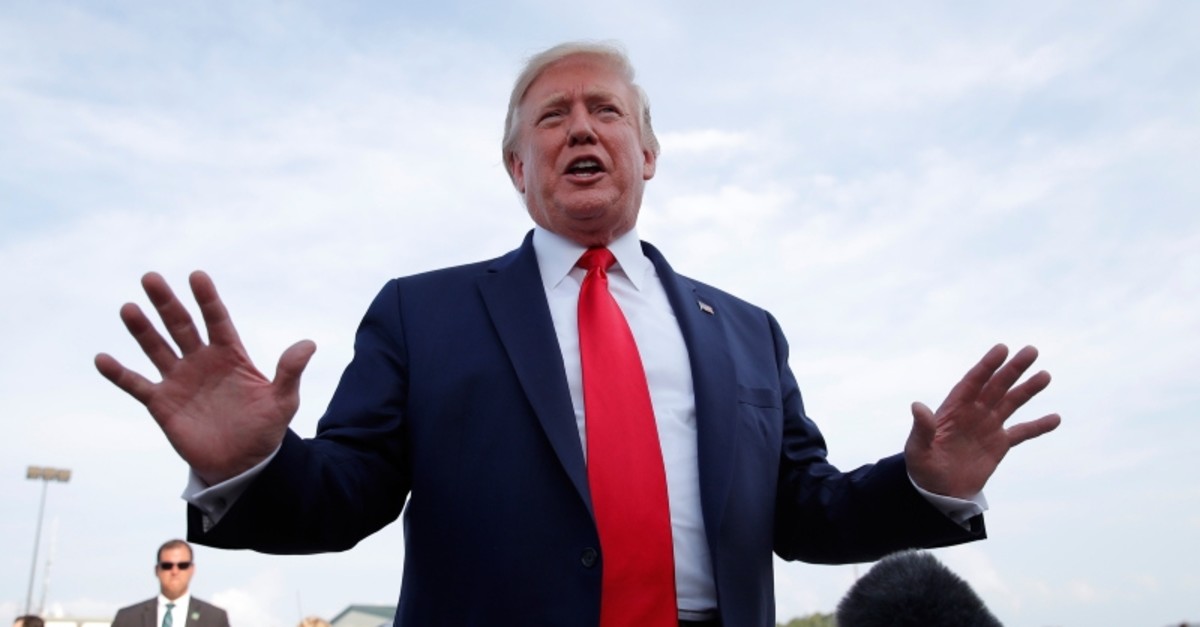 U.S. President Donald Trump made a series of contradictory remarks Thursday on whether or not Washington will be imposing sanctions on Turkey over its purchase of the Russian S-400 air defense system.

Trump initially said the sanctions are not under consideration "right now," before later telling reporters "we're looking at it."

The president said the situation is "very very difficult," continuing to blame his predecessor, former President Barack Obama, for the row.

"The previous administration made some very big mistakes with regard to Turkey and it was too bad," Trump said in the Oval Office while hosting Dutch Prime Minister Mark Rutte. "So we're looking at it, we'll see what we do. We haven't announced that yet."

"All of a sudden, everybody started rushing in saying to Turkey, okay, we'll sell you the Patriot missile," he said.

"Because of the fact that (Turkey) bought a Russian missile, we're not allowed to sell them billions of dollars' worth of aircraft. It's not a fair situation," Trump said, lamenting the jobs that would be lost.

Republican Senator Rick Scott plans to unveil a resolution on Thursday calling for sanctions against Turkey over the S-400 purchase under a law aimed at preventing countries from purchasing military equipment from Russia, known as CAATSA, according to a Reuters report.

If approved, Scott's resolution would call for "full implementation of sanctions under CAATSA," describing Turkey's purchase of the S-400 air and missile defense system as a "direct and dire threat" to U.S. security interests.

The sanctions law, which Trump signed in 2017, mandates that the president choose five among a range of 12 sanctions, from banning visas and denying access to the U.S.-based Export-Import Bank to harsher options such as barring transactions with the U.S. financial system and denying export licenses.

However, CAATSA does not set any timeline for imposing sanctions or issuing a waiver, so Trump could delay indefinitely.

A draft of the proposal, seen by Reuters, calls for the Trump administration to convene talks at NATO to discuss threats posed by Russia and mull Turkey's continued inclusion in NATO.

While resolutions have no force of law, passage of such a measure in the Republican-controlled Senate could amp up pressure on Trump to crack down on Ankara.

The Trump administration began Wednesday the process of removing Turkey from the F-35 fighter program over its acquisition of the S-400 in a major rift with a key NATO ally. The expulsion is slated to be completed by the end of March 2020.

Kalın said the suspension is not compatible with previous statements from Trump and President Recep Tayyip Erdoğan, according to a statement from the Turkish presidential office.

The delivery of S-400 components began last week and is ongoing, with 15 shipments of related equipment so far having landed in Turkey over the last seven days.