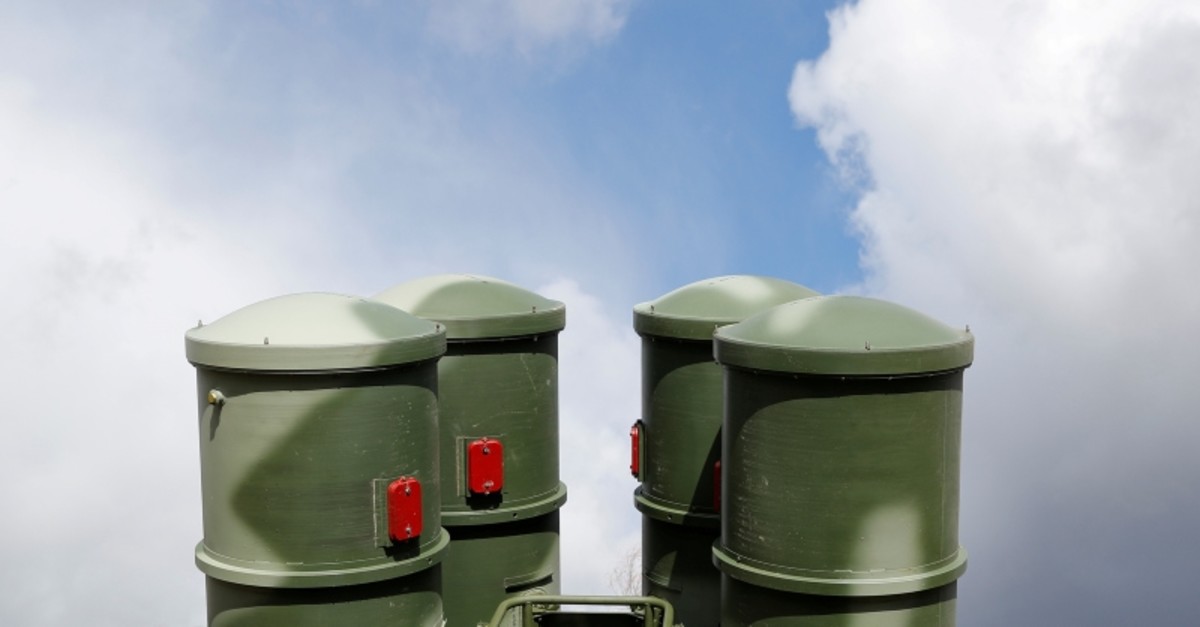 A view shows a new S-400 ,Triumph, surface-to-air missile system after its deployment at a military base outside the town of Gvardeysk near Kaliningrad, Russia March 11, 2019. (Reuters Photo)
by Daily Sabah with Wires Jul 22, 2019 1:06 pm

Russia and Turkey are in talks about the possibility of jointly manufacturing some components of Russia's S-400 missile defense system in Turkey, the TASS news agency cited Sergei Chemezov, head of Russia's Rostec state conglomerate, as saying.

The White House said Wednesday that it was no longer possible for Turkey to be involved in the F-35 program after parts of S-400 began arriving in Ankara. The U.S. also said it would impose sanctions on Turkey under the Countering America's Adversaries Through Sanctions Act (CAATSA), which aims to prevent countries from purchasing military equipment from Russia.

Foreign Minister Mevlüt Çavuşoğlu said Monday Turkey would retaliate if the U.S. imposes sanctions and that Ankara would consider alternatives to F-35 if Washington went ahead with expulsion.

The delivery of S-400 components began in the second week of July and is ongoing, with over a dozen shipments of related equipment landing in Turkey so far.