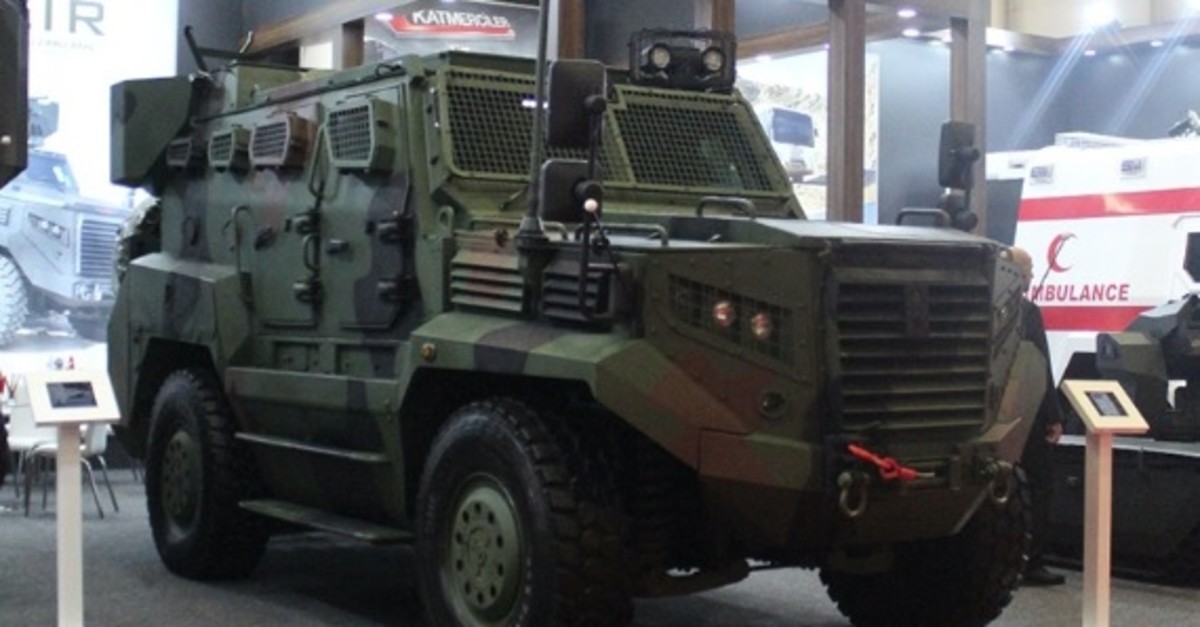 Armored vehicle manufacturer Katmerciler has recorded its first export after it signed a $20-million deal to sell Hızır, the most powerful armored combat vehicle in its segment, to an undisclosed African country. The delivery will be completed in the 2019-20 period. Hızır has recently entered the inventory of the Turkish Armed Forces (TSK), which mostly uses it for border security. The armored vehicle was unveiled by President Recep Tayyip Erdoğan at the 3rd High-Tech Port organized the Independent Industrialists' and Businessmen's Association (MÜSİAD) in November 2016. The Hızır attracted a great deal of attention as a tactical wheeled armored combat vehicle with the most powerful engine in its class in the Turkish defense industry.

The fully indigenous Hızır is a 400-horsepower tactical wheeled armored 4x4 vehicle, which provides high protection against mines and handmade explosives. It was produced for conflict conditions with high maneuverability and ballistic fortification.

Hızır was designed to perform highly under conditions of intense conflict in rural and urban areas.

Having been developed to NATO standards and successfully passing all performance and explosion tests, the vehicle has been tested and approved by an independent international testing organization while providing high-level protection against mines.

Katmerciler acting CEO Furkan Katmerci said the $20.7 million order is the first fruit of overseas promotional activities that have lasted for nearly three years, noting that they aim to export Hızır to other countries as well.

Pointing out that Katmerciler has a very wide defense portfolio to suit different needs, Katmerci said, "Since its inception, however, we have been focusing particularly on Hızır in overseas promotions. We have achieved the first result of these efforts."

Indicating that Hızır is about to enter the inventory of the armed forces of an African country following Turkey, Katmerci said they have been negotiating with a number of potential buyers.

"With the motivation brought by the first export, we believe that we will announce new countries that will include Hızır in its inventory in a very short time. As a company that has exported to nearly 60 countries and always attached great importance to exports, we are determined to introduce the Katmerciler brand further in the world defense industry with the contribution of Hızır," he added.