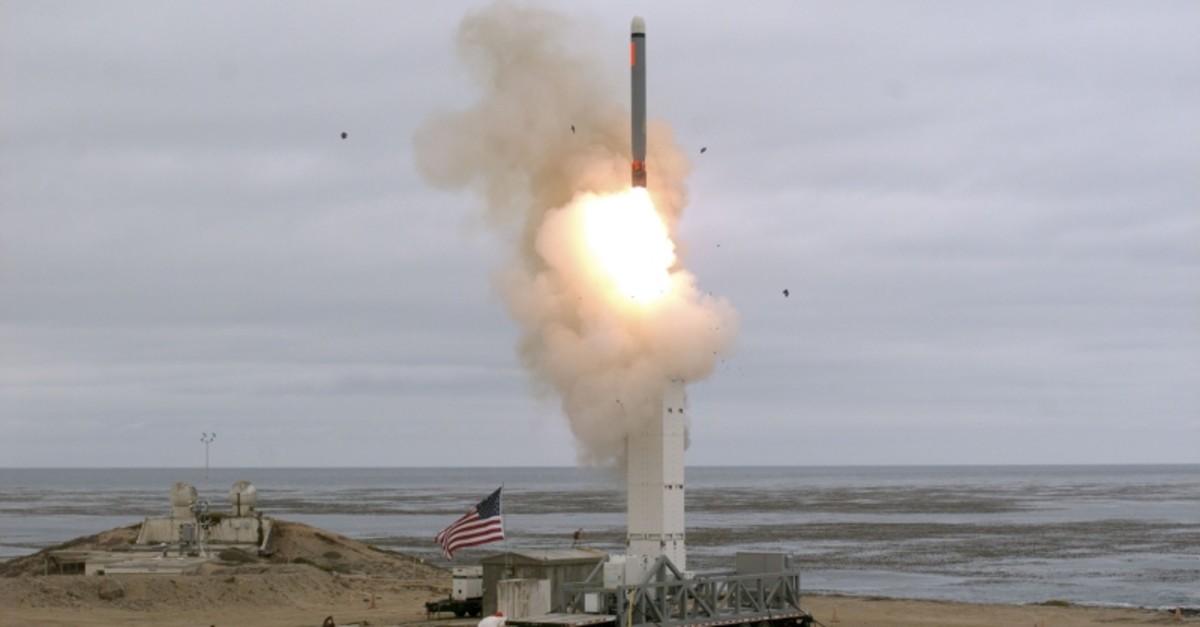 The Pentagon said on Monday that it had tested a conventionally configured ground-launched cruise missile with a range of more than 500 km (310 miles), the first such test since the United States pulled out of the Intermediate-range Nuclear Forces Treaty (INF).

The U.S. formally withdrew from the landmark 1987 pact with Russia on Aug. 2 after determining that Moscow was violating the treaty, an accusation the Kremlin has denied.

The treaty, which was negotiated by then-U.S. President Ronald Reagan and Soviet leader Mikhail Gorbachev, banned land-based missiles with a range of between 310 and 3,400 miles (500 to 5,500 km) in an effort to abolish a class of nuclear arms deployed across Europe by the United States and the then-Soviet Union.

In a statement, the Pentagon said the test took place on Sunday at San Nicolas Island, California, and the missile hit its target after more than 500 km of flight.

The test would have been prohibited by the INF treaty, had the United States had not left it.

U.S. officials had said for a number of months that they planned to carry out the test in August. The U.S. plans to test an intermediate-range ballistic missile in November.

While the missile was described as "conventionally configured," meaning not nuclear-equipped, the launch was a sign of Washington beefing up its nuclear war-fighting capabilities in the wake of the collapse of the treaty.

Moscow denies flouting the accord and has accused Washington of breaking the pact itself, allegations rejected by the United States.

The dispute is aggravating the worst U.S.-Russia friction since the Cold War ended in 1991. Some experts believe the treaty's collapse could undermine other arms control agreements and speed what is described as the erosion of the global system designed to block the spread of nuclear arms.

On August 2, Secretary of Defense Mark Esper said the U.S., no longer bound by the INF, had already begun work to develop "mobile, conventional, ground-launched cruise and ballistic missile systems."

"Now that we have withdrawn, the Department of Defense will fully pursue the development of these ground-launched conventional missiles as a prudent response to Russia's actions," Esper said.