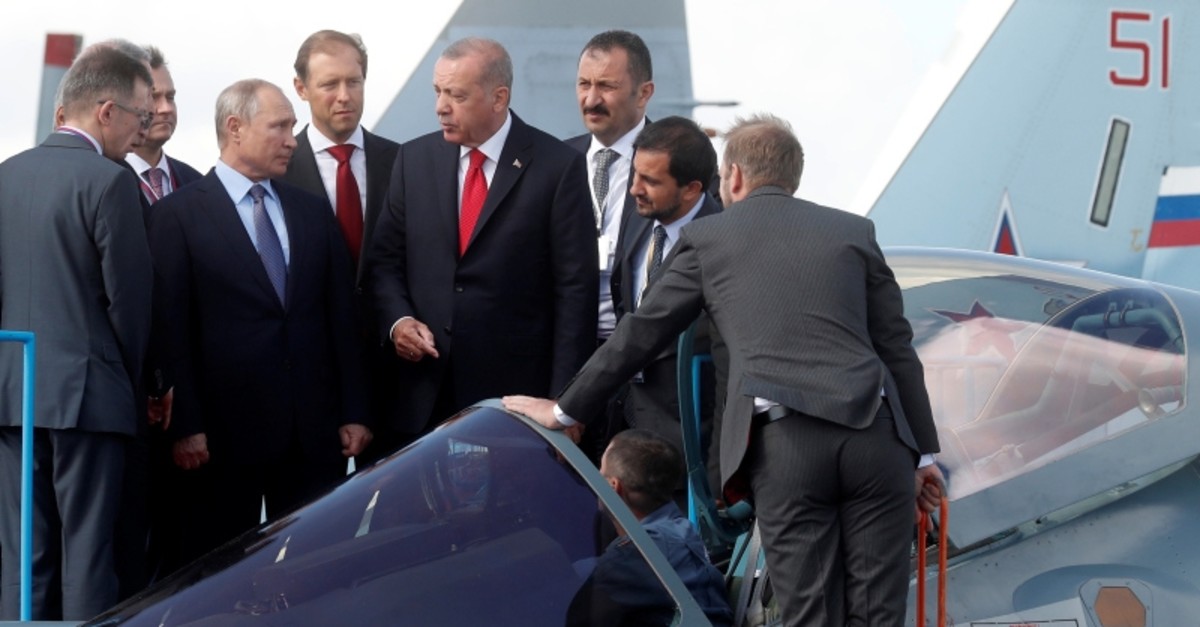 Erdoğan, accompanied by Russian President Vladimir Putin and Industry and Trade Minister Denis Manturov, inspected the aircraft ranked among the best in the world. 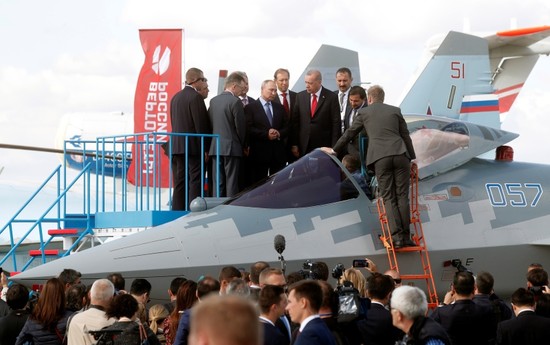 Russia's Deputy Prime Minister Yuri Borisov had said that the Su-57 and the Su-35 will be showcased to the Turkish president during the event, according to remarks carried by Russian news agency Interfax. According to the Russian official, prospects of the fighter sales to Turkey depend on the show. 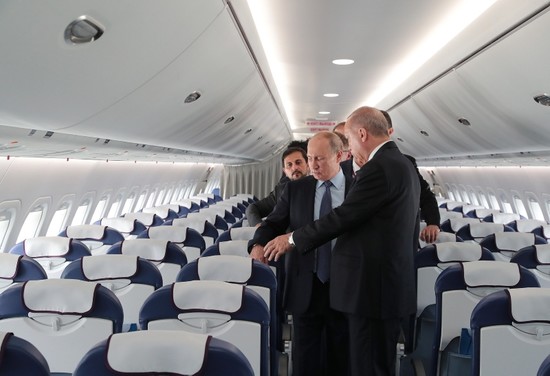 The two leaders also toured an MC-21-300 narrow-body twin-engine jet passenger aircraft, which carried its maiden flight in May 2017. Developed by the Yakovlev Design Bureau and produced by its parent Irkut, a branch of the government-owned United Aircraft Corporation (UAC), the aircraft comes with a price tag of approximately $90 million and expected to be delivered to airlines starting from 2020. 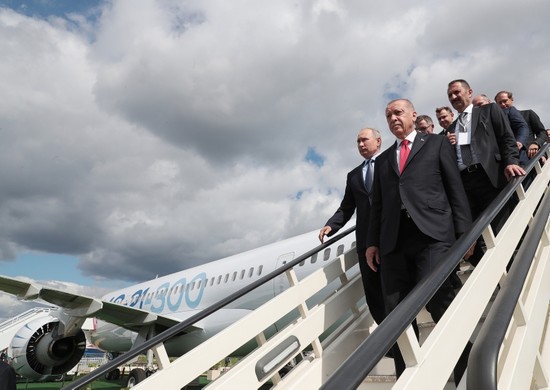 The U.S. suspended Turkey, a fellow NATO member, from its F-35 stealth fighter program in reaction to Ankara purchasing Russia's S-400 missile system. Washington argued the S-400 would be incompatible with NATO systems and expose the F-35 to possible Russian subterfuge. Turkey, however, emphasized the S-400 would not be integrated into NATO systems and would not pose a threat to the alliance and rejected to step back from the deal.

In case Turkey doesn't get the F-35 jets, Turkish officials insisted the country would meet its needs from other sources until it produces its own.

Russia's most advanced fighter, which has undergone testing in Syria, is a direct competitor to the multi-role F-35 jet.