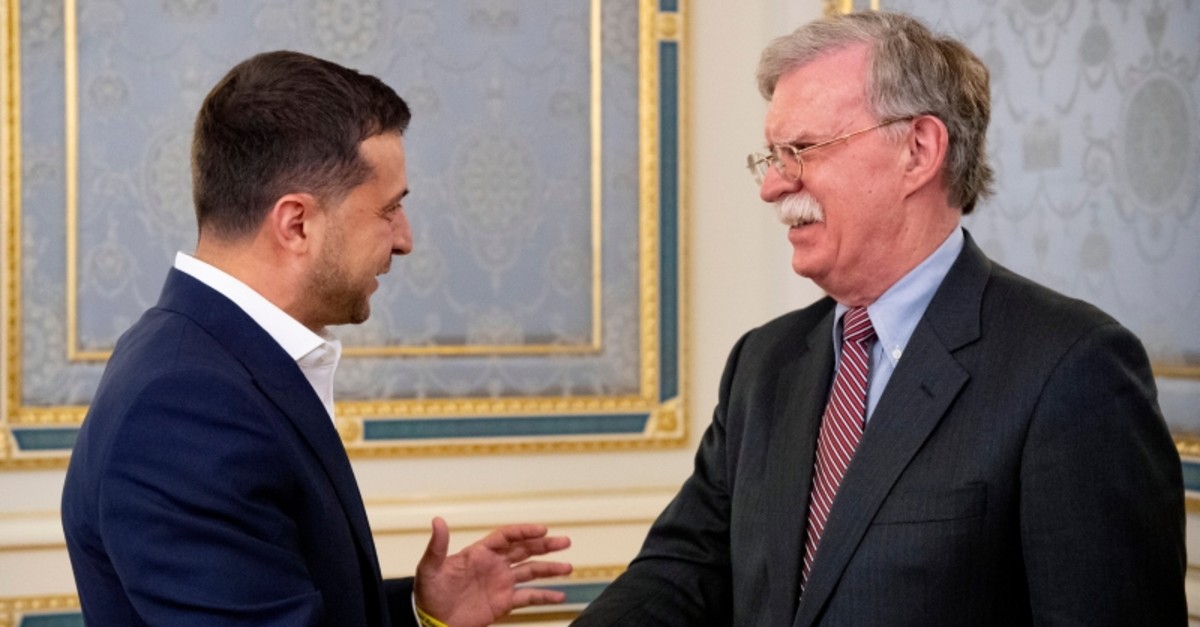 U.S. National Security Adviser John Bolton warned Wednesday of the threat of unfair Chinese trade practices during a trip to Kiev and said he had discussed his concerns with officials, including President Volodymyr Zelenskiy.

Asked about a possible acquisition by China of Ukrainian aircraft engine maker Motor Sich, Bolton told reporters he did not want to discuss specific companies or transactions and that such deals were a sovereign matter for Ukraine.

But he made clear Washington disapproved.

"We laid out our concerns about ... unfair Chinese trade practices, threats to national security we've seen in the United States..." he said at a news conference in Kiev.

According to Bolton, Beijing is using positive trade balance to benefit from defense technologies developed by other countries.

Trump's adviser also urged Ukraine not to be fooled by China's favorable financial conditions as the country often resorts to corrupt methods to guarantee the commercial success of its companies.

"I think that if the fight against corruption is one of the priorities in Ukraine, then the last thing the Ukrainian people would like to see is even more corruption that enters the country from the outside," he said.

Motor Sich is one of the world's largest engine manufacturers for missiles, airplanes and helicopters.