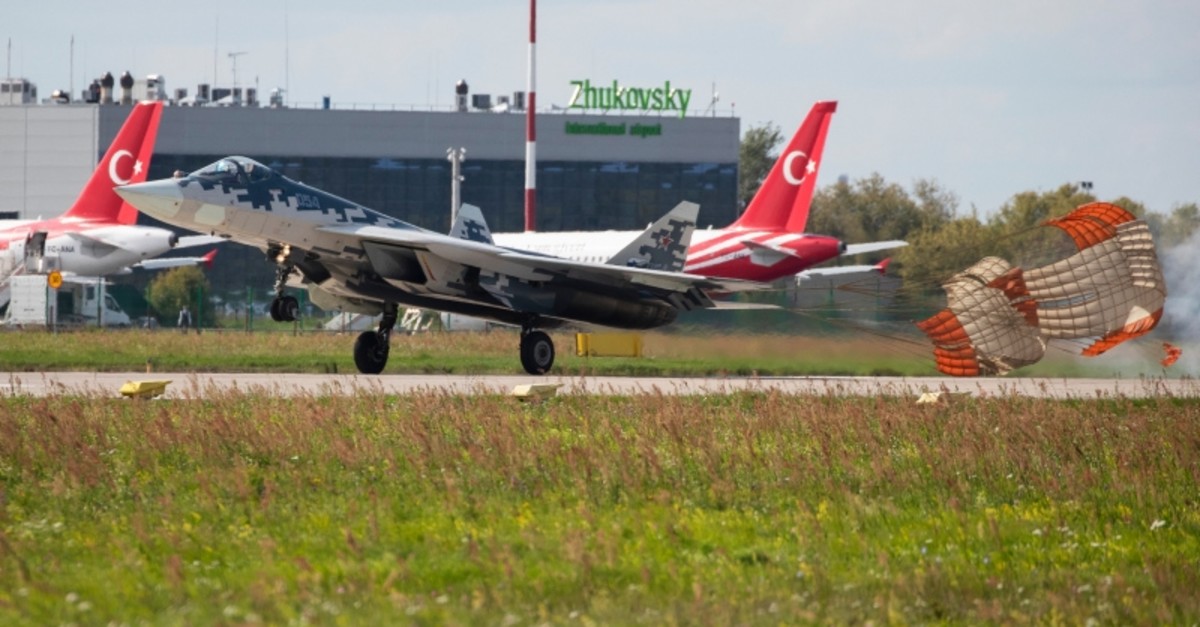 Moscow and Ankara are discussing the deliveries of Russian-made fighter jets to Turkey, a top Russian defense official has said.

Dmitry Shugayev, head of the Federal Service for Military-Technical Cooperation, said he would hold talks Wednesday with the head of the Presidency of Defense Industries (SSB) Ismail Demir.

"We'll continue discussing the topics on our agenda. We will move forward with the possible deliveries of the Su-35 or Su-57s (jets), as great interest had been shown, but it's too early to talk about contract negotiations. Tthere is still no request (from Turkey), consultations should be held," Shugayev said at the MAKS 2019 International Aviation and Space Salon.

The Russian official added that the two countries would also discuss deliveries and cooperation in the area of electronic warfare.

President Recep Tayyip Erdoğan, accompanied by his Russian counterpart Vladimir Putin, visited the MAKS 2019 fair Tuesday, having examined both Su-35 and Su-57 warplanes. Both leaders later hinted at the prospect of Turkey purchasing the jets.

The Su-35 is Russia's top air-superiority warplane, while the Su-57 is the country's fifth-generation most advanced multi-role fighter jet.