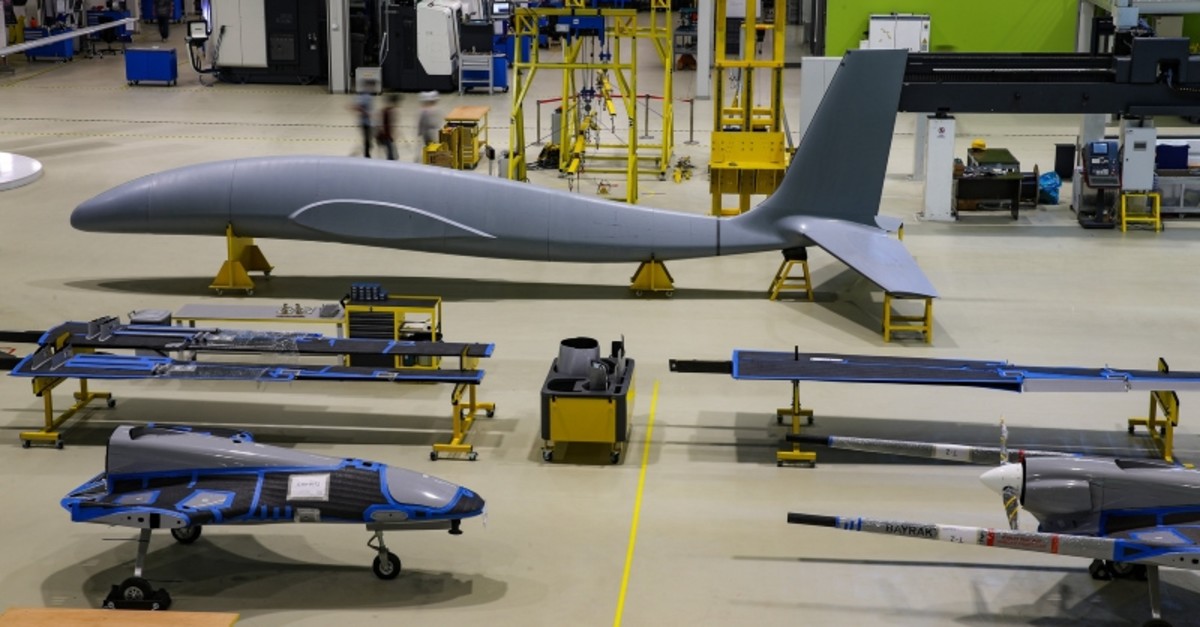 Dubbed "the flying fish," the Akıncı drone is an important step for Baykar Makina to accomplish their aim to upgrade unmanned aerial vehicle (UAV) technology.

Operated with two turbine engines, the Akıncı will carry nearly 1.5 tons in useful load: 900 kilograms external and 450 kilograms internal. The platform can be controlled via domestically developed satellites.

The drone will also be equipped with an electronic support pod, air-to-air radars, satellite communication system, barrier-identification radar, synthetic aperture radar and meteorological radar – all designed and developed in Turkey. The platform will operate with various ammunition configurations.

The company's officials also previously said that the drone may be equipped with air-to-air missile systems domestically developed in Turkey and may be deployed in air-to-air missions.

The drone is expected to carry out its first test flight within this year and is expected to officially start serving Turkish security forces in 2020.

Baykar Makina's drones are uniquely developed with domestic resources and make significant contributions by multiplying the existing force and capabilities in operations at home and abroad.

Baykar has been trying to improve Turkey's UAV technologies for the last 15 years. The company engages in engineering operations in five main areas, including electronics, software, communication systems and design of air vehicles with a team of young engineers.

The company's Bayraktar TB2 is one of the world's best-armed UAVs, considering its capabilities and performance in Turkey's counterterror operations. The drone was first delivered to the Turkish Armed Forces (TSK) in 2014 and upgraded with armament for the first time in 2015. It is currently used by the Gendarmerie General Command, the General Directorate of Security Forces and the National Intelligence Organization (MİT) in their operations.

With its advanced electronics, software, aerodynamics, design, sub-main systems, as well as flight automation and performance, the Bayraktar TB2 stands out as one of the most advanced UAV systems in its class.

Having a fully autonomous taxi, takeoff, normal cruising and landing capability with three redundant avionics systems and sensor fusion architecture, it can carry 4 MAM-L and MAM-C missiles produced by leading defense contractor Roketsan on its wings.

Featuring precise targeting with the built-in laser marker, the national armed UAV offers a fast "see-and-shoot" all-in-one solution to prevent possible damage to areas close to the target. With these features, Turkey stands out as one of the six countries producing its own armed UAV and ammunition in the world.
Last Update: Sep 02, 2019 1:37 pm
RELATED TOPICS