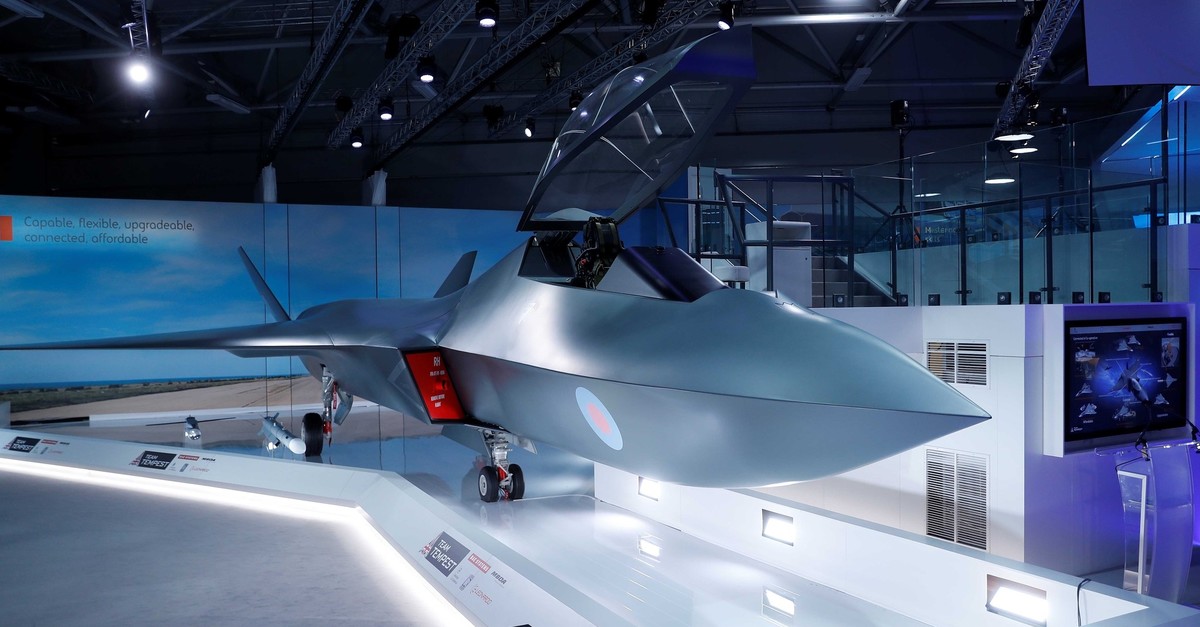 Italy will work with Britain on its planned Tempest fighter plane program, Britain's defense ministry said on Wednesday, in a boost to its proposed replacement for the Eurofighter Typhoon program.

Italy joins Sweden in agreeing a pact to co-operate with Britain on fighter jets as the UK looks to get Tempest off the ground and give it an edge over a rival Franco-German project.

"I'm looking forward to working with Italian and Swedish counterparts, as well as others, to put the Tempest program into hyperdrive," Britain's Defense Secretary Ben Wallace said in a speech at the Defence and Security Equipment International (DSEI) arms fair in London.

The agreement between Italy and Britain, which also to deepen the countries' air combat relationship, covers existing programs such as Typhoon and F-35, as well as the planned next-generation Tempest.

Britain last year unveiled plans for a fighter plane and cohort of drones named Tempest, and Sweden said in July that it could join U.K. fighter project.

BAE Systems, Britain's biggest defense company, U.K. engine maker Rolls-Royce, and the U.K. arms of Italian defense firm Leonardo and European missile maker MBDA have been working on the development of Tempest, meant to eventually replace the Eurofighter Typhoon from 2040.

On Wednesday those U.K. defense firms signed a statement of intent with Elettronica, Avio Aero and the Italian divisions of Leonardo and MBDA that the Italian firms would join the project.

Leonardo Chief Executive Alessandro Profumo said that the agreement meant that firm's Italian unit can work to supply aeronautics capabilities as well as the electronics that the UK division was already working on.

European nations face a combination of security threats and budget constraints that have spurred competing alliances as the region's fragmented defense industry vies for leadership and a slice of future spending on any new pan-European fighter.

Analysts say it is unclear whether Europe can afford more than one fighter program in future rather than the current three - the French Rafale, Swedish Gripen and multinational Eurofighter, which includes Britain.

However, countries such as South Korea, Japan and Turkey are other countries named among potential partners of the project. BAE and Turkish Aviation Industries (TAI) are already working together on Turkey's first national and domestically developed national combat aircraft, the TF-X, a project that gained more importance after the U.S. suspended Turkey's involvement in the problem-ridded F-35 program over Ankara's purchase of Russian S-400 missile defense system.

Attending the DSEI on Tuesday, Ismail Demir, the head of Turkey's Defense Industries Presidency, told Anadolu Agency that "which areas [the U.K.] can do joint work and cooperate with Turkey [on Tempest project] is one of the matters open to discussion."

Demir said Rolls-Royce also made an offer to provide the engine for the TF-X project.

"This has been negotiated in different phases. We could hold talks here [in London] again," he said.

"What is key is to have a very successful Tempest program. For a taxpayer, to have one is better than to have two," Leonardo's Profumo told Reuters when asked about the feasibility of there being two European fighter projects.

"I am very respectful also of the Franco-German program."