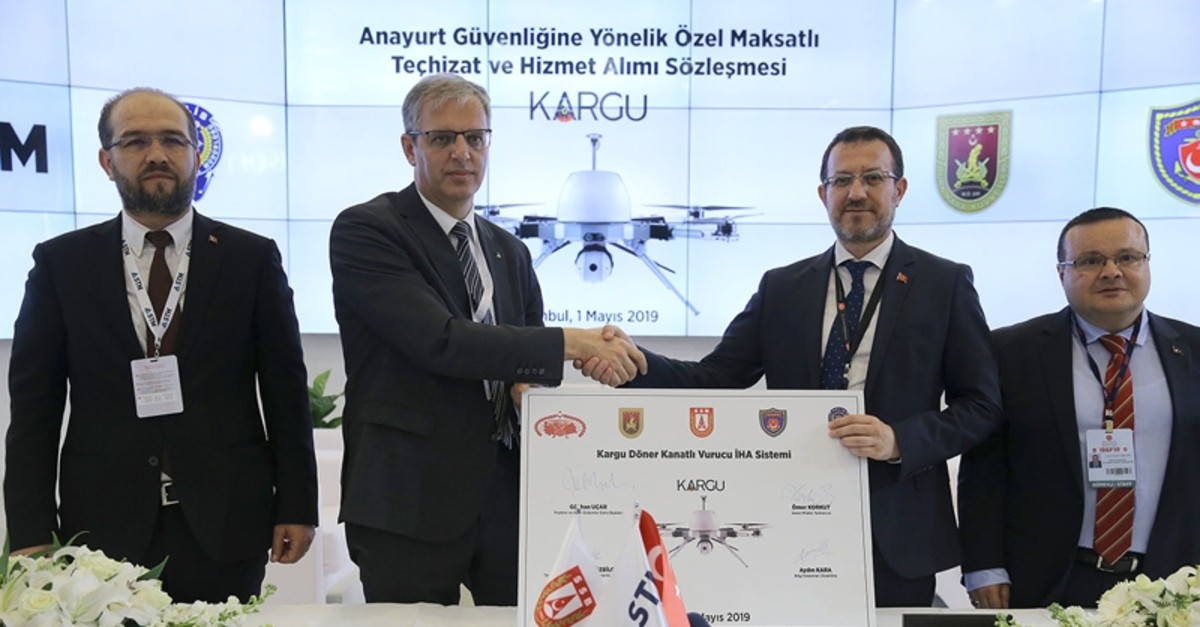 The KARGU battle drone, which was developed by the STM to support the tactical and field needs of Turkish security forces, eliminates targets more efficiently with new features such as enhanced ammo capacity and improved accuracy. The 30 drones will also have the capacity to destroy an entire brigade and warship.

STM General Director Murat Ikinci said that the previous drones they developed had offered Turkey great military power, but the newest upgrade would take the Turkish military to the next level. He added that the KARGU drone was far superior to its current competitors on the market, the Turkish daily Hürriyet reported.

Ikinci noted that while each drone within the squadron has a specific mission, "if one of them is attacked or malfunctions during the operation, the other KARGUs will be able to replace it and perform the preset mission."

Stating that all the drones within the squadron have artificial intelligence (AI) and facial recognition systems, Ikinci elaborated on the drones' properties: "The drones are less than 70 kilograms each. They can also carry explosives and various equipment. They have a range of 15 kilometers. They can stay in the air for 30 minutes with explosives."

As a rotary-wing drone, the KARGU can carry various types of explosives, playing an efficient role in asymmetric warfare and the fight against terrorists.

The STM has been serving Turkey's defense industry in the fields of engineering, technology, and consultancy for more than a quarter-century. The firm works on naval and air platforms, cyber-security, big data, autonomous systems, and artificial intelligence to satisfy the needs of Turkey and other allied nations.

With $564.8 million in revenue, the company ranked 85th in Defense News Top 100 defense companies in the world.