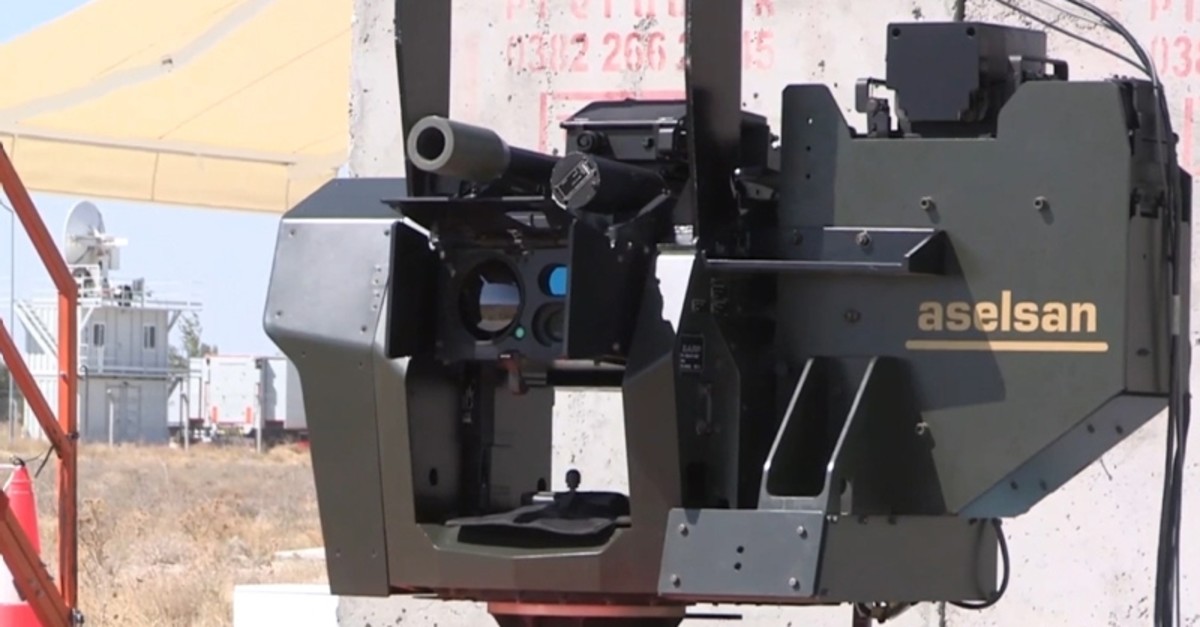 Ismail Demir, head of the Presidency of Defense Industries (SSB) said in a statement shared on his Twitter account that mini unmanned aerial vehicle (UAV) targets were successfully shot and destroyed during the test shots.

The test shots were carried out in the Karapınar district of central Turkey's Konya province, under the coordination of SSB.

The UAV detection/destruction and reporting system which detects, tracks and classifies a threat via radar and electro-optical systems, was developed to protect public and commercial areas against mini and micro UAVs' illegal activities and has recently been integrated with 40 mm grenade launcher.

The basic functions of the IHTAR system include the identification of the UAVs, automatic follow-up of the UAVs and labeling them as threats and preventing their illegal activities through the most appropriate countermeasures. The system commands and controls radar, cameras and preventive measures in an integrated and coordinated way, while using the most appropriate and efficient security measures.

IHTAR consists of command and control systems that include electronic jamming and deception systems to identify and follow threats and prevent them via radar and cameras. It is available for fixed or mobile use to protect power plants, airports, civil facilities, border posts, and military headquarters.