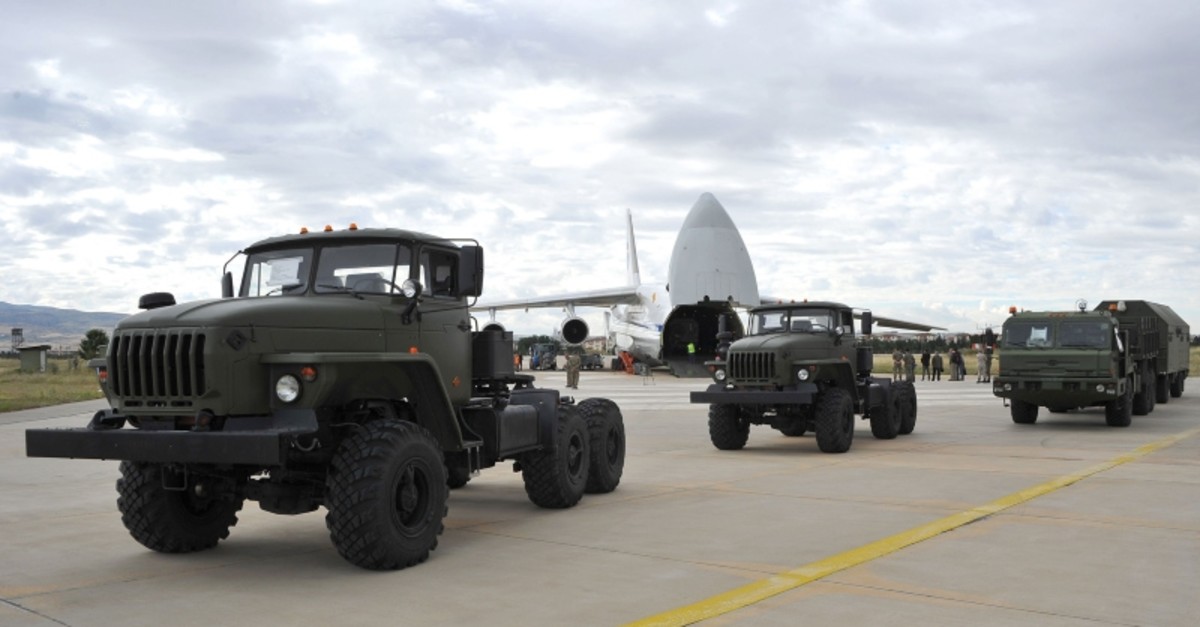 The delivery of the second battery of the Russian S-400 missile defense system has been completed, Turkey's National Defense Ministry said Sunday.

The ministry said training of Turkish personnel was still ongoing and the system is expected to become operational in April 2020.

The second part of the shipments began on Aug. 27.

The first part of the S-400 delivery was completed in late July. Russia delivered 30 planeloads of S-400 hardware and equipment – as part of the initial batch – to Mürted Air Base.

Sensing that its protracted efforts to purchase an air defense missile system from its ally the U.S. was not heading toward success, Turkey in April 2017, signed a contract with Russia to acquire the S-400 anti-missile shield.

The S-400 system is seen as one of the most advanced missile systems in the world, capable of tracking several targets simultaneously.

The Russian missile system purchase has been a sticking point between Turkey and the U.S. for the past few months as Washington has argued that the S-400 system would be incompatible with NATO systems and expose the F-35 fighter jet to possible Russian subterfuge.

Turkey, however, emphasized the S-400 would not be integrated into NATO systems and would not pose a threat to the alliance and rejected stepping back from the deal. It has urged the formation of a commission to clarify any technical issues, but the U.S. has failed to respond to this proposal.

Failing to dissuade Turkey from acquiring the missile system, Washington announced it was taking Turkey out of the F-35 fighter jet program, following the threats to do so over Ankara's purchase of the S-400, a move that drew harsh reactions from Ankara and exerted new strain on NATO. The expulsion is slated to be completed by the end of March 2020.