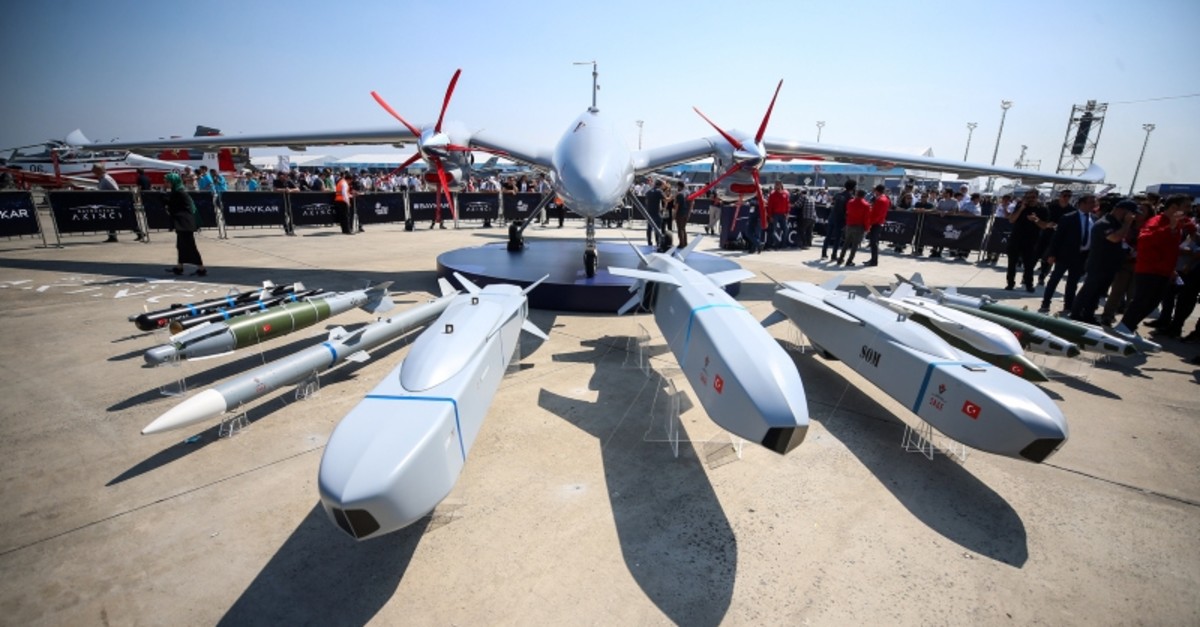 Turkey's newest armed drone Akıncı was showcased for the first time ahead of the TEKNOFEST Istanbul Aerospace and Technology Festival which began Tuesday.

Akıncı, the latest armed drone produced by leading unmanned aerial platform developer Baykar Makina, drew attention amid the excitement leading up to this year's TEKNOFEST, which runs through Sunday at the now-closed Atatürk Airport.

Dubbed "the flying fish," the Akıncı drone is an important step for Baykar to accomplish their aim to upgrade unmanned aerial vehicle (UAV) technology.

The drone is expected to carry out its first test flight within this year and is expected to officially start serving Turkish security forces in 2020.

Organized by the Turkish Technology Team Foundation (T3), The TEKNOFEST Istanbul Aerospace and Technology Festival aims to showcase Turkey's rapid advance in technology and to promote technology advances as a national cause.