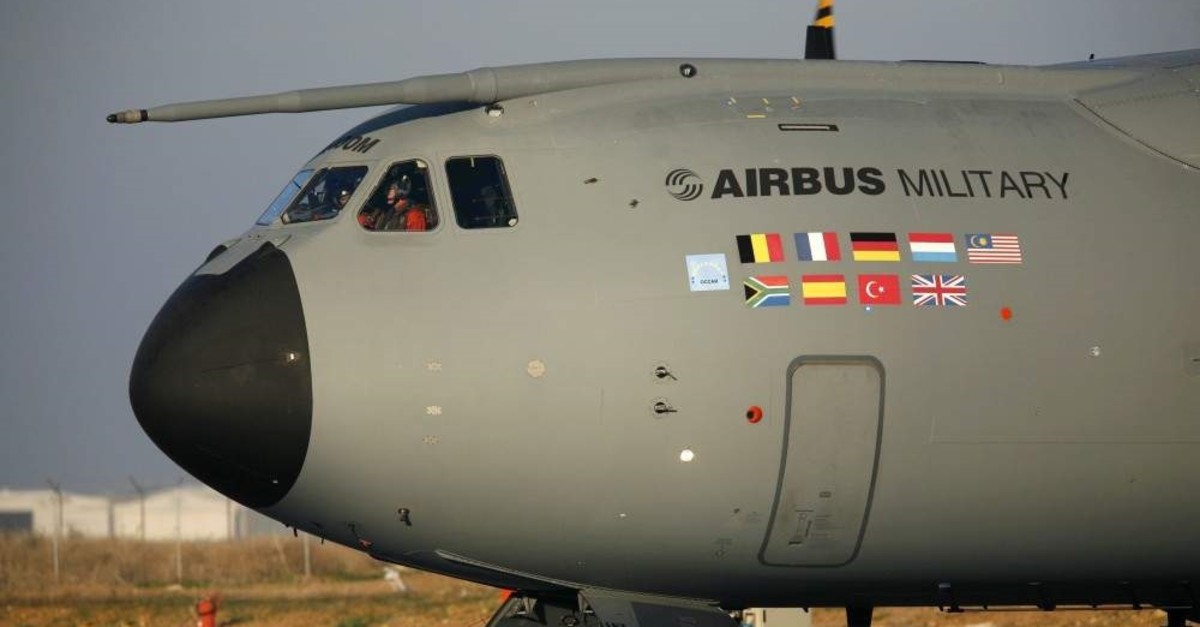 An Airbus A400M military transport plane is pictured before taking off on its maiden flight in the Andalusian capital of Seville Dec. 11, 2009 (Reuters File Photo
by Nov 13, 2019 4:00 pm
Germany's air force said Wednesday it had refused delivery of two Airbus A400M transport planes over safety concerns, saying bolts holding the propellers on some already operational aircraft were loose.
"The armed forces have decided not to accept two A400Ms due for delivery," the Luftwaffe (air force) said in a statement, adding that "our soldiers' safety in their daily use of the A400M aircraft is top priority for us."
Repeated technical problems have dogged the A400M program, a turboprop transport aircraft developed jointly for Belgium, Britain, France, Germany, Luxembourg, Spain and Turkey.
Now, routine checks on some of the Luftwaffe's 31 planes have found "not all 24 nuts per propeller had the correct tightening torque," the air force said.
"If these problems are not identified and corrected, they can cause severe structural damage to the propeller and shaft," it added.
With each inspection taking around 30 man-hours, the discovery poses "significant challenges" to 62 Air Transport Squadron, which operates the A400M.
Additional inspections are needed on the engines, the points where the motors are attached to the wings, and for cracks in different parts of the aircraft.
Nevertheless, the Luftwaffe plans to keep flying its existing A400Ms when they are certified as safe.
"The model has more than proven itself in supplying deployment areas with personnel and equipment, in air-to-air refueling, in transport home of soldiers needing medical treatment and in humanitarian aid missions," notching up 4,000 flight hours with the air force, it said.
Earlier this year, pan-European aircraft maker Airbus renegotiated contract terms with the purchasing countries' governments over the huge cost overruns and delays.
Some 81 A400Ms were in operation by July.
Last Update: Dec 20, 2019 1:39 am
RELATED TOPICS