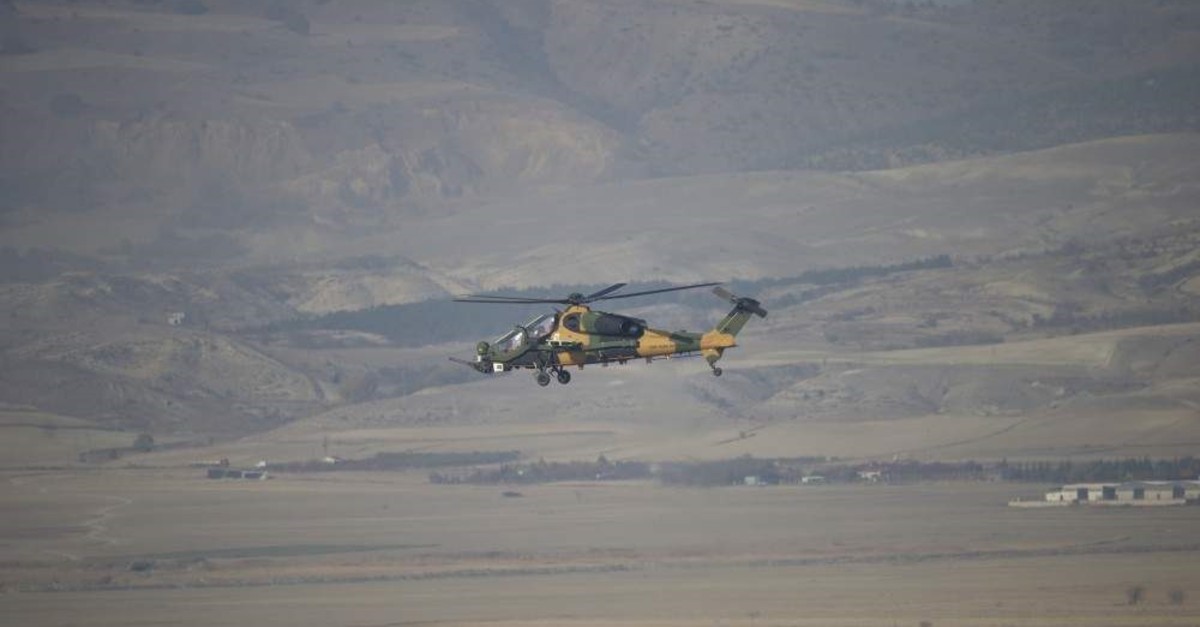 Turkey's domestically-produced ATAK helicopter will be displayed at the Thailand Defense and Security Exhibition on Nov. 18-21 in Bangkok. (AA Photo)
by daily sabah
Nov 15, 2019 5:24 pm

32 Turkish defense firms will be joined by the Defense and Aerospace Industry Exporters Association in attending the Thailand Defense and Security Exhibition on Nov. 18-21 in Bangkok.
According to a statement released by the Defense Industries Presidency (SSB) on Thursday, Turkish defense firms will put their capabilities and projects on show in the Asia-Pacific region.
A number of domestically produced defense products and platforms, including the T129 Tactical Reconnaissance and Attack Helicopter (ATAK), aerial vehicles, marine systems, ammunition, low-caliber guns and flow forming machines, will be displayed during the fair.
The official Turkish delegation, headed by the Defense Industries Presidency, will hold meetings with Thai officials and representatives from other countries in attendance.
ASELSAN, Baykar, Meteksan Savunma, MILSOFT, Nurol Makina, SAHA Istanbul, STM and Turkish Aerospace Industries (TAI) are among some of the Turkish firms attending the Bangkok fair.
The Thailand Defense and Security Exhibition is set to attract over 16,000 attendees from 68 countries.
The defense and aviation industry has left other sectors trailing behind with the strength of its exports over the last 10 months, having clocked up foreign sales worth some $2.14 billion, according to data compiled by the Turkish Exporters Assembly (TİM) and the Defense Industries Presidency (SSB).
Last Update: Dec 20, 2019 1:42 am