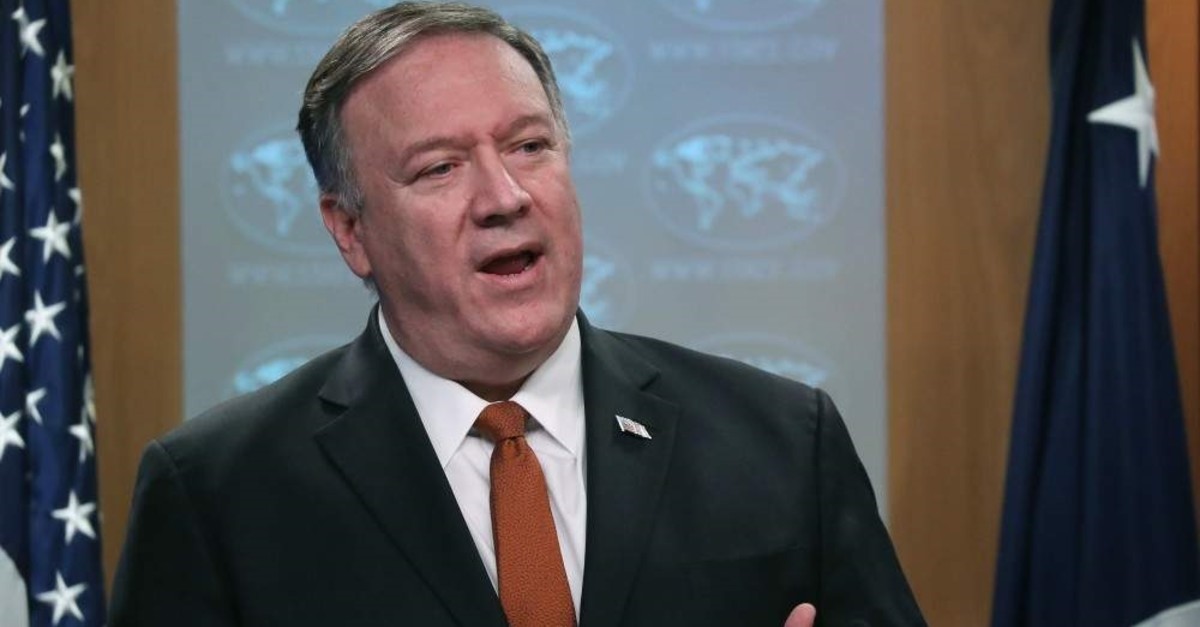 U.S. Secretary of State Mike Pompeo speaks to the media in the briefing room at the State Department in Washington, DC, Nov. 26, 2019. (AFP Photo)
by Daily Sabah with Reuters Nov 26, 2019 8:25 pm
Turkey carrying out tests with the Russian defense system it has purchased is "concerning," U.S. Secretary of State Mike Pompeo said on Tuesday, but added that talks between Washington and Ankara to resolve the issue were still underway.
Speaking at a news conference, Pompeo said the United States has made it clear to Turkey that Washington wants to see Ankara move away from full operation of the S-400 air defense system.
"Yes it is concerning," Pompeo said, when he was asked about the reports that Turkish F-16 warplanes flew over the country's capital Ankara on Monday to test its new Russian S-400 missile system.
"We are hopeful. We are still talking to the Turks, still trying to figure out our way through this thing," he said.
Pompeo’s remarks came following a meeting between President Recep Tayyip Erdoğan and U.S. President Donald Trump in Washington where both leaders held talks to overcome mounting differences between the NATO allies, ranging from sanctions threats over Turkey's purchase of S-400s to Syria policy.
The Russian missile system purchase has been a sticking point between Turkey and the U.S. for some time, as Washington has argued that the S-400 system would be incompatible with NATO systems and would expose its advanced fifth-generation F-35 jet to possible Russian subterfuge.
Turkey, however, emphasized that the S-400 would not be integrated into NATO systems and would pose no threat to the alliance, rejecting calls to back out of the deal. Ankara also stressed it was the U.S.' refusal to sell it Patriot missiles that led it to need to seek out other sellers, adding that Russia offered it a better deal, including technology transfers.
Turkey has even proposed the setting up of a commission to clarify any technical issues. But the U.S. has, so far, not responded to this proposal.
The acquisition of the Russian system prompted the Trump administration to remove Turkey from the F-35 fifth-generation joint strike fighter program, in which Ankara was formerly a major buyer and manufacturer, in July.
Turkish officials repeatedly said Ankara would look for alternatives if the U.S. finalized Turkey’s expulsion from the F-35 program.
Last Update: Dec 20, 2019 1:57 am
RELATED TOPICS