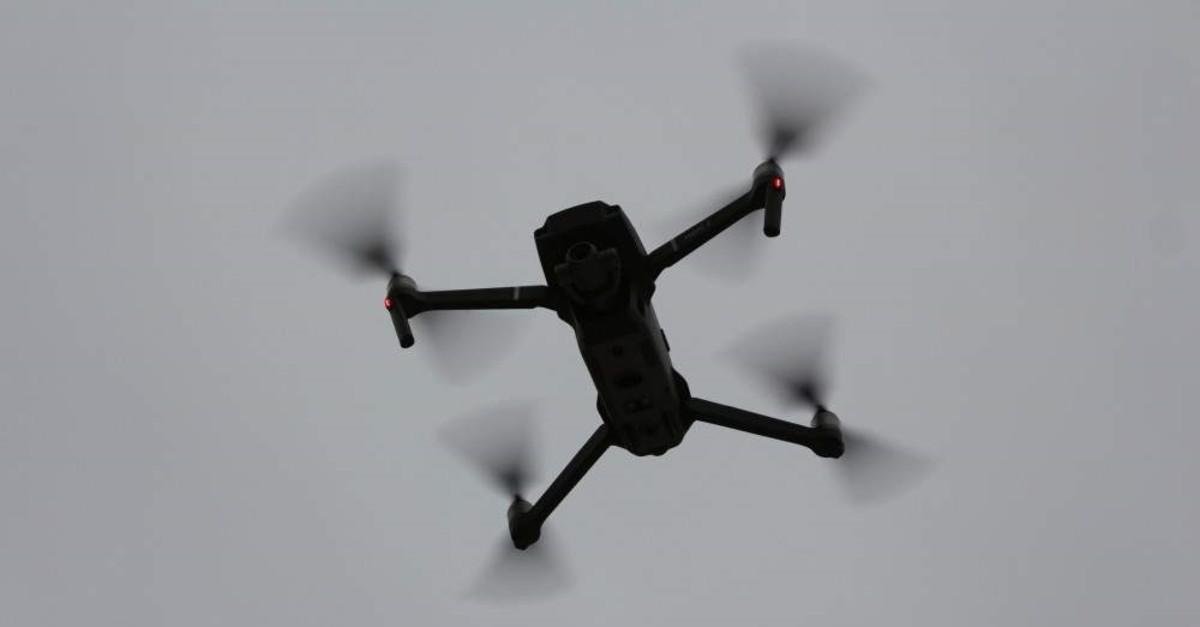 According to the Directorate General of Civil Aviation data, the total number of registered drones in Turkey has reached 33,602 so far this year. (DHA Photo)
by Daily Sabah with AA Dec 08, 2019 6:30 pm
While the worldwide market for drones, which have given a new impulse to civil aviation recently, is growing rapidly, interest in these vehicles is growing in Turkey as well.
According to Anadolu Agency (AA), unmanned aerial vehicles (UAVs), known as drones, are used in a wide range of areas from surveillance, exploration and military purposes to agricultural-spraying, camera shooting and fire extinguishing.
The global market value of these vehicles reached $14.1 billion last year, according to the Computing Technology Industry Association (CompTIA), a non-profit U.S.-based organization. The report said that the drone industry market will reach approximately $43 billion by 2023.
In Turkey, both the number of drones and the flight areas allowed to be used by drones are growing.
According to the decision by the Directorate General of Civil Aviation (SHGM) on Feb. 23, 2016, drones heavier than 500 grams must be registered with SHGM. In order for these vehicles to be used for commercial purposes, a drone pilot's license is required. This license is obtained from flight schools authorized by SHGM.
According to SHGM, the number of civil UAVs registered in Turkey was 27,423 as of the end of last year and an additional 6,179 more vehicles have been added this year. Thus, the total number of registered UAVs reached 33,602.
On the other hand, the number of civil UAV pilots registered at the end of last year was 35,284. This figure has reached 51,673 this year with the addition of 16,389 new pilots.
Drone flight areas to be expanded
The free fields where UAV flights can be carried out around the country are considered “green areas” by SHGM. SHGM has sent letters to the Directorate General of Provincial Administration to increase the number of green areas which are currently 105.
The letter requested that as many green areas as possible be identified and processed into the UAV registration system through eligible local authorities, without posing a threat to public order and security.
In this context, eligible local authorities on the basis of districts have begun to work for the identification of green areas. Regions to be defined as green areas in SHGM's UAV Registration System by the local authorities will be areas suitable for flight in the system with the approval of the General Staff and General Directorate of State Airports Authority (DHMI).
If these green areas are deemed eligible, the areas allowed to be used by civil drones in Turkey are projected to increase by at least 100%.
Last Update: Dec 20, 2019 2:14 am
RELATED TOPICS