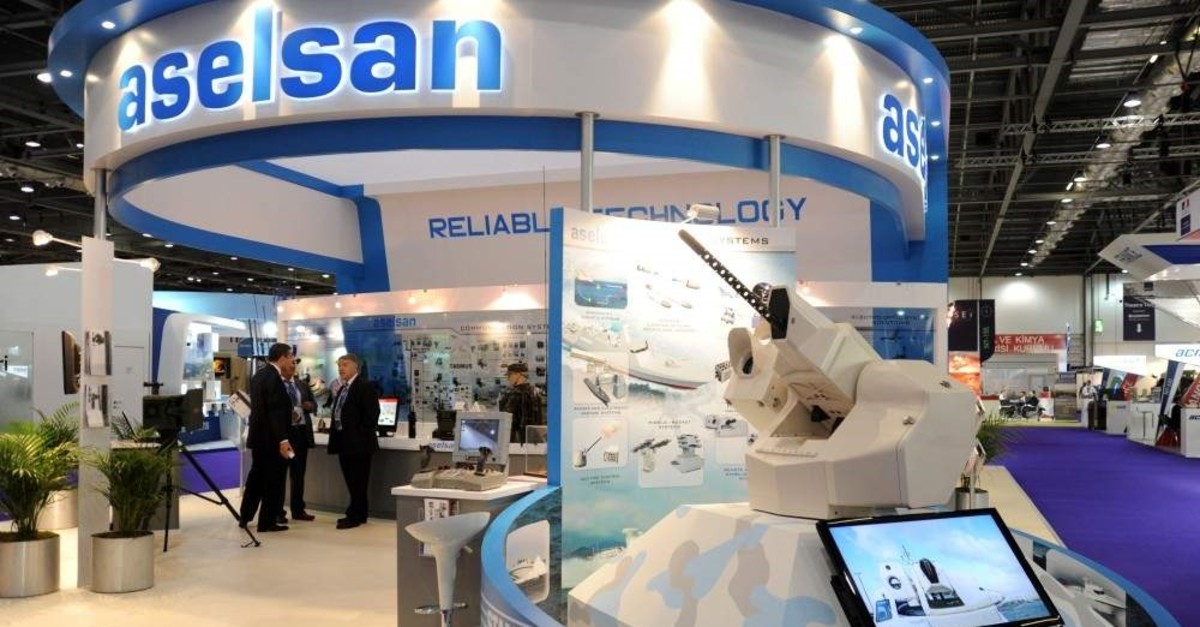 Arms sales of two Turkish firms listed in the sector’s largest 100 companies increased in 2018 as they managed to maintain their rankings in the list, a Swedish-based research institute announced Monday.

Arms sales worldwide increased by 4.6% in 2018 in a market dominated by the U.S, according to a report published by the Stockholm International Peace Research Institute (SIPRI).

Sales of arms and military services by the sector’s largest 100 companies (excluding those in China) totaled $420 billion last year, compared to $398.2 billion in 2017, said the report.

The data shows that sales of arms and military services by companies listed in the top 100 have increased by 47% since 2002, the year comparable data first became available.

Turkey’s arms industry had two businesses, ASELSAN, ranked 54th, and Turkish Aerospace Industry (TAI), ranked 84th, in the top 100 and a turnover of $2.8 billion, up 22% from the previous year.

Turkey was "driven by the goal of being self-sufficient in arms supply and therefore developed arms production capabilities in all segments (land systems, air systems, naval systems, missiles, etc.)," Aude Fleurant, the director of SIPRI's arms transfers and military expenditure program, was cited as saying by Agence France-Presse (AFP).

“Turkey aims to develop and modernize its arms industry and Turkish companies continued to benefit from these efforts in 2018,” the report noted.

"This is a significant increase over one year considering the already high levels of U.S. combined arms sales," Fleurant said.

U.S. firms were benefitting from the Donald Trump administration's decision to modernize its armed services to reinforce its position against China and Russia.

The top-ranked Russian firm, Almaz-Antei, jumped to ninth on the list with a turnover of $9.6 billion – 18% up on the previous year. Almaz-Antey makes the S-400 air missile defense system.

"This increase was based not only on strong domestic demand but also on continuing growth in arms sales to other countries, in particular exports of the S-400 air defense system," said the report.

Trends for European firms were mixed, but combined sales for the 27 European companies on the top 100 list were virtually unchanged at $102 billion.

The overall drop – including for BAE Systems, the sixth-largest firm on the top 100 list – was partly due to delays in Britain's arms procurement program, the report said.

Germany's main producer Rheinmetall, however, bucked the trend and increased sales by 4% over deliveries of armored vehicles to the German military, said Pieter Wezeman, a senior researcher with the SIPRI arms and military expenditure program.

Lockheed Martin cemented its position as the world's largest arms seller, as it has been since 2009, with 11% of global sales. SIPRI said the maker of the F-35 combat aircraft had sales of around $47.3 billion.

The study did not include China, for which there was insufficient data, but SIPRI's research estimated that there were between three and seven Chinese businesses in the top 100 arms manufacturers. China has spent 1.9% of its gross domestic product on defense every year since 2013.

Among the 20 top 100 arms producers based outside the U.S., Europe and Russia, six were based in Japan, while three were based in Israel, India and South Korea, respectively.

Created in 1966 by the Swedish parliament, SIPRI tracks military spending and arms transfers.

The current version of the SIPRI Arms Industry Database contains data from 2002, including Russian companies. SIPRI defines arms sales as "sales of military goods and services to military customers domestically and abroad."