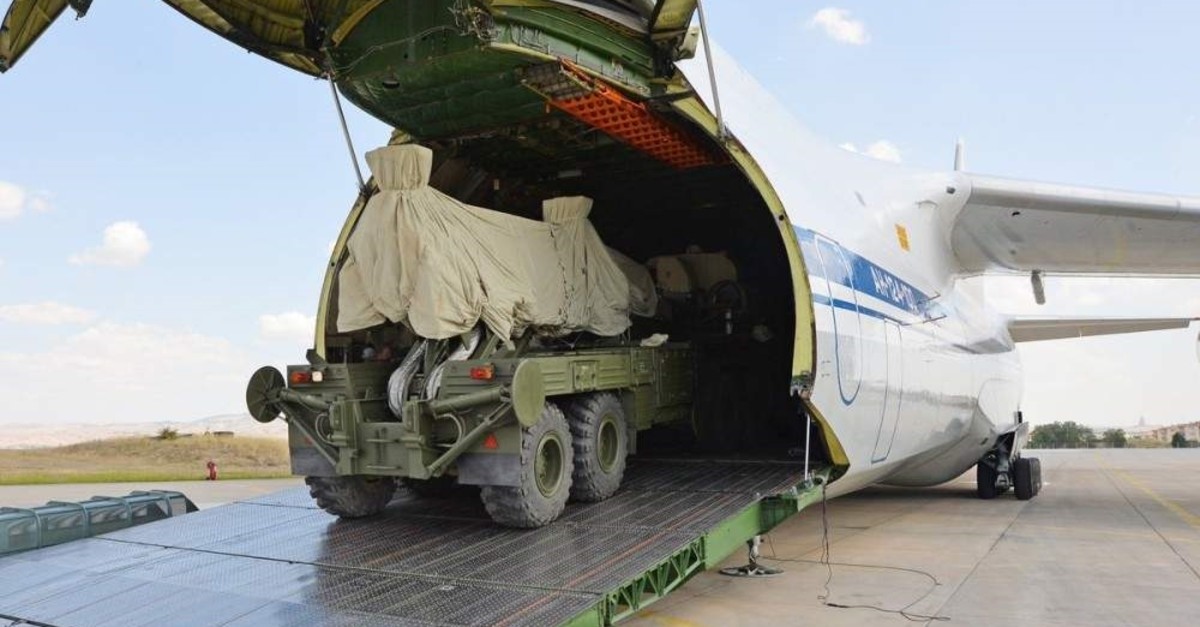 Turkey is preparing to fully install the Russian-made missile system S-400 in spring next year while the Russian manufacturer is vying for a second deal with Ankara, which demands technology transfer and joint production

Relevant Turkish authorities continue talks with Russian counterparts for the second surface-to-air missile (SAM) S-400 fleet, Defense Minister Hulusi Akar confirmed Wednesday, emphasizing that Turkey has certain criteria regarding the technology share.
“We have certain criteria for the purchase of the second fleet, including technology transfer, joint production and export, technology development and modernization,” Akar said in a statement to Anadolu Agency (AA), drawing attention to the ongoing air defense projects Hisar and Siper. “Both projects developed by domestic capabilities will be delivered to the Turkish army in the upcoming period,” Akar said. “We are maintaining efforts to fortify air defense capacity through S-400 negotiations and by means of developing domestic production.”
The domestic defense missile systems for low altitude (Hisar-A, 15 km) and medium-altitude (Hisar-O, 25 km) were developed and successfully tested by Turkish defense contractors Roketsan and ASELSAN. HİSAR missiles are defense weapons developed to protect military bases, ports, facilities and troops against air-based threats as well as to meet the needs of the Turkish Armed Forces (TSK) for a low and medium-altitude air defense security system.
The project for Siper, the country's first domestically produced long-range air defense missile system, was also initiated by the Defense Industry Presidency (SSB) and has been carried out in cooperation with Turkish Scientific and Technological Research Council's (TÜBİTAK) Defense Industry Research and Development Institute (SAGE), ASELSAN and Roketsan.
The head of Russian state arms exporter Rosoboronexport, Alexander Mikheev, said in a recent interview with RIA news agency that Russia hopes to seal a deal to supply Turkey with more S-400 missile systems in the first half of next year.
The defense minister stressed that the installation process of the batteries is still underway. “The personnel training is still going on and expected to be finalized by the end of this month. Our staff is currently in Russia for training. The staff that will train the military personnel will continue to receive additional training. In spring 2020, the S-400 system will be fully installed,” Akar explained.
The first fleet of the S-400 has been delivered to Turkey and one fleet has two batteries, Akar said. Ankara received its first Russian S-400 missiles in July. The delivery of the first battery was completed on July 25. The delivery of the second battery of the S-400 started on Aug. 27 and lasted for nearly one month.
Expected solution for S-400 riddle
The defense minister highlighted that Ankara is sustaining dialogue and relations with all relevant parties to resolve the problems emanating from Turkey’s purchase of the Russian-made S-400 system. “Turkey’s sole aim to purchase the S-400 is to protect its territorial integrity and the Turkish nation,” Akar asserted.
Ankara maintains dialogue with the U.S. and other members of NATO on the issue. “We reiterate the fact that the U.S. is our strategic partner and we remind our U.S. partners that they should act in accordance with the decorum of strategic partnership," Akar said.
The minister stressed that it is out of the question for Turkey to forgo the S-400 air defense system. “We need to work on solutions on how to operate the system,” he remarked, noting that the supply process continues for the long-range air defense missile system S-400, which is necessary for Turkey’s protection.
The Russian missile system purchase has been a sticking point between Turkey and the U.S. for some time, as Washington has argued that the S-400 system would be incompatible with NATO systems and would expose its advanced fifth-generation F-35 jet to possible Russian subterfuge.
Turkey, however, emphasized that the S-400 would not be integrated into NATO systems and would pose no threat to the alliance, rejecting calls to back out of the deal. Ankara also stressed it was the U.S.' refusal to sell it Patriots that led to its need to seek out other sellers, adding that Russia offered it a better deal, including technology transfers.
At a meeting at the White House on Nov. 13, President Recep Tayyip Erdoğan and U.S. President Donald Trump agreed to ask their respective ministers and national security advisers to “immediately work on resolving the S-400 issue.”
Following the meeting, Erdoğan said his country would be open to buying U.S. Patriots too, but reiterated once again that Turkey would not give up on the S-400s.
Turkey to look for alternatives to F-35
In an exclusive interview on A Haber news channel Wednesday, Foreign Minister Mevlüt Çavuşoğlu highlighted that Turkey will consider all options if the U.S. imposes sanctions in response to the purchase of Russian-made S-400 missile defense systems.
Noting that the S-400 is not an attack but a defense system, Çavuşoğlu said Russia may also provide an alternative for the F-35 jets if the U.S. fails to sell them to Turkey.
Following the November meeting with Trump, Erdoğan also said that he told his U.S. counterpart that Ankara would seek alternatives if the U.S. did not adopt a more compromising stance regarding the F-35s.
The acquisition of the Russian system prompted the Trump administration to remove Turkey from the F-35 fifth-generation joint strike fighter program, in which Ankara was formerly a major buyer and manufacturer, in July.
Last Update: Dec 20, 2019 2:19 am
RELATED TOPICS