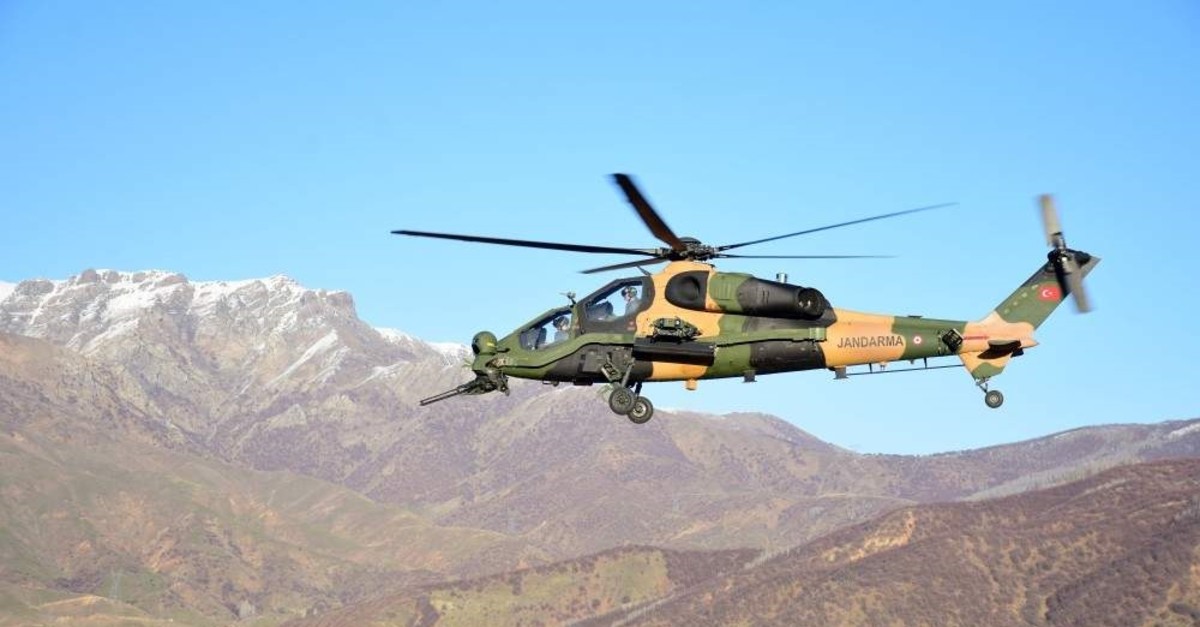 The T129 ATAK helicopter-developer Turkish Aerospace Industries (TAI) opened its first office at Pakistan's first technopark. The company had previously signed a deal for the sale of 30 ATAK helicopters to the country. (AA Photo)
by Daily Sabah with AA Dec 24, 2019 7:29 pm

The technology park, Pakistan's first, is expected to make significant contributions to the country's technological development.

"We are the first Turkish defense firm to open an office in Pakistan's first technopark," TAI Marketing and Communications Director Serdar Demir said in a statement to Anadolu Agency (AA) Tuesday.

The technopark was inaugurated by Pakistani Prime Minister Imran Khan, who also visited the TAI office. "We informed the Pakistani prime minister about the cooperation opportunities and the projects that TAI aims to carry out in Pakistan. We are one of the six countries to have an office in Pakistan's first technopark," Demir said, adding that the company will also assess cooperation opportunities with Pakistani universities.

Demir underlined TAI's deal to sell 30 T129 ATAK helicopters to Pakistan and the company's aim to positively conclude the ongoing process. He noted that the firm is in negotiations with the country over other defense platforms.

TAI and Pakistan's Ministry of Defense Production signed a deal last July to export the 30 attack and reconnaissance helicopters. The Turkish defense firm has assumed extensive responsibility in terms of logistics, spare parts, training and ammunition.

The defense manufacturer applied for a defense license from U.S. authorities last December. However, the negotiations have been temporarily stalled and no result has been announced. TAI is currently working on the development of the first domestic helicopter engine with its engine subsidiary TUSAŞ Engine Industries (TEI). In May TEI delivered TAI the first domestically developed helicopter engine T700-TEI-701D.

TAI maintains its efforts to expand multidimensional cooperation with Pakistan and to that end welcomed 15 students from the country's National University of Science and Technology University – listed among the world's top 500 science and tech universities.

"The students came to our company and received monthlong training, benefiting from the expertise of our engineers. With this project, we have taken future-oriented steps and brought together Turkish and Pakistani youth who will be the decision-makers in future projects," Demir said.