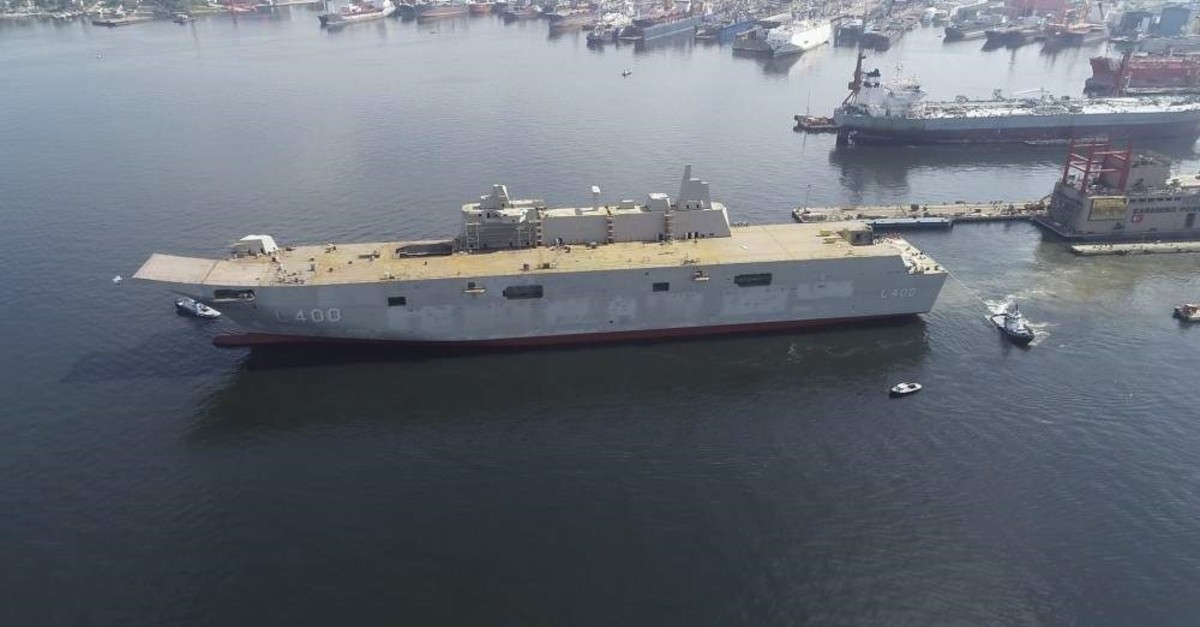 Turkey's largest-ever warship the TCG Anadolu will use a domestically developed new generation combat management system, becoming the second Turkish Naval Forces vessel after the TCG Kınalıada to do so.

The construction of the TCG Anadolu initially launched as part of a project in 2016. It will enter service with the Turkish Naval Forces at the end of 2020. The vessel will be able to transport at least one battalion-size force to a determined location along with its logistical support and without the need to use a base.

For the integration process, HAVELSAN has also opened an office at Sedef Shipyard, where the construction of the Turkish Naval Forces' flagship the TCG Anadolu is ongoing.

The ADVENT SYS provides management for Naval Command elements from a single center, allowing the navy to make faster and more precise decisions in situations requiring an immediate response. It also enables the entire navy to operate in a more coordinated way. The system was first integrated on the TCG Kınalıada, the fourth ship of the MİLGEM (National Ship) Project.

The domestic combat management system is among the best in its class worldwide and was integrated with nearly 50 different systems, along with approximately 500 applications with different tasks.

The TCG Anadolu is being produced with a local content ratio of 68% and will be one of the world's most advanced aircraft carriers. The giant ship will be capable of traveling 9,000 miles (14,500 kilometers) without refueling. The vessel is intended to meet the various needs and requirements of the Turkish Armed Forces, such as sustaining long-endurance, long-distance military combat or humanitarian relief operations.