Homegrown fighter jet to fly with domestic engine by 2029 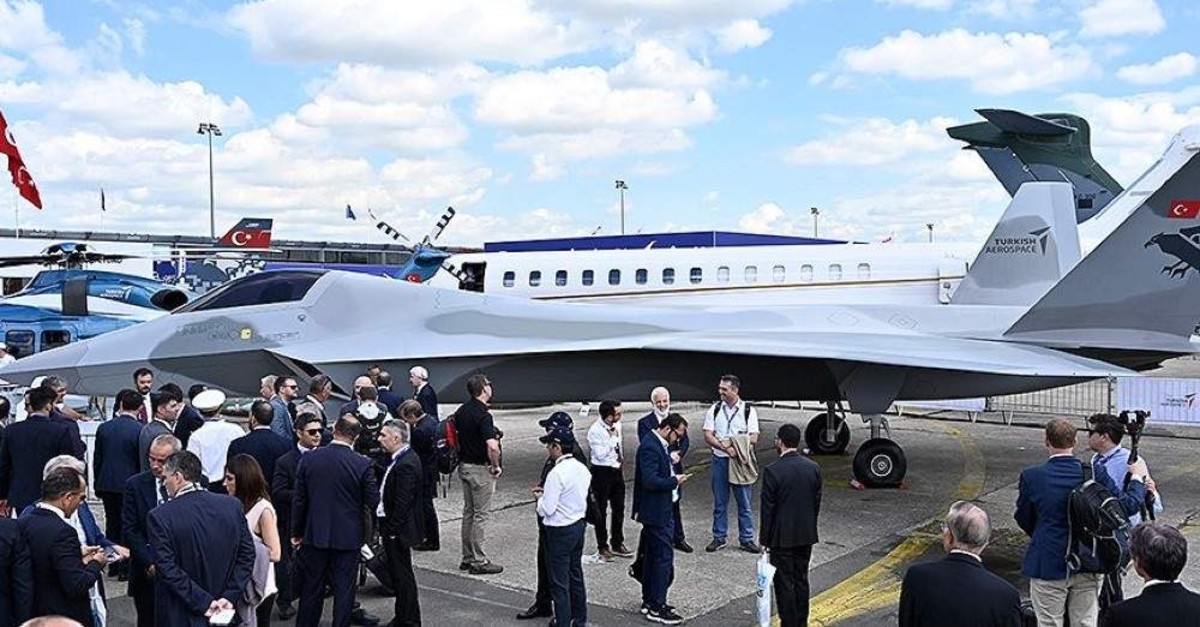 Turkey's TF-X National Combat Aircraft (MMU) – a joint project by the Turkish Aerospace Industries (TAI) and Presidency of Defense Industries (SSB) – is preparing for a maiden flight using a domestic engine in 2029.

Work to develop the engine continues at full speed, in cooperation with related institutions, according to Osman Dur, general manager of TR Engine, a new research and development (R&D) center for turboshaft engines.

He said some 80 engineers are working in the national fighter jet's domestic engine project, in cooperation with the Turkish Air Forces Command.

The MMU is a fifth-generation jet with similar features to Lockheed Martin's F-35 Lightning II. The domestically-built aircraft is being developed to replace the Turkish Air Forces Command's F-16 fighters, ahead of the gradual phasing out of the latter throughout the 2030s.

Due to the gradual decommissioning of the F-16 combat aircraft over the next decade, the significance of the TF-X project has grown – not least as the U.S. has also halted the delivery of F-35 fighter jets to Turkey as part of a coercive effort against Ankara.

A mockup of the national combat aircraft was first showcased at the Paris Air Show in June 2019 and later at the Teknofest Istanbul in September.

The project to develop domestic capabilities to manufacture national jet fighter engines was initially launched by TAI but was later taken on by TR Engine, a company established in 2017 by the SSB to incorporate various engine-related projects under a single umbrella. Around 55% of the company is owned by Turkish defense contractor BMC, while TAI has a 35% stake. SSTEK, a subsidiary of the SSB, also has a 10% share in TR Engine.

In a statement to Anadolu Agency (AA) Friday, the General Manager of the group Osman Dur said the firm had been negotiating with international engineering and design firms, along with Original Equipment Manufacturers (OEM), given that design and production represented two separate operations. "There is no point in designing technologies that we cannot put into production. Therefore, we continue our best efforts to develop local suppliers for the domestic aircraft industry," he said.

Dur said Turkey has a well developed institutional structure in the aviation and aerospace industry and there would be no problem in terms of human resources. "There are a few people who have experience in critical technologies-related sectors, but we have the experience and links to attract more human resources from around the world," he said.

He added that Turkey's civil aviation sector has been contributing to the defense industry in several technological spheres, including informatics, software and artificial intelligence (AI), as opposed to the past, when the defense industry used to support the development of civil industries.

He underscored TR Engine's role in uniting industry personnel with academicians working in the field. The center has also been encouraging university students to apply for work in the sector.

TAI Chairman Temel Kotil told AA on Friday that the company had been carrying out projects on marketing and exports of recently-developed domestic products.

To this end, Turkey has invited Malaysia to join a mutual production of the MMU and Turkey's own training and light attack aircraft, the Hürjet. "We made them a proposal and they showed great interest," Kotil said.

Turkey wants the TF-X project to be a multi-partnered program, like the one enjoyed by the F-35 fighter jet program. Other countries, especially in the Asia-Pacific, such as Malaysia, are being considered potential partners in the project by Ankara. According to sources, Turkey has already discussed partnership possibilities with other countries, but there is no done-deal yet.

Kotil noted that Malaysia has significant composite-producing centers, a recently-established composite valley being one of them, but the country lacked homegrown products in the aviation sector. TAI aims to provide cooperation to the southeast Asian country in this regard, to reach out to the Far East market, he said.

A cooperation memorandum has already been signed between the company and Malaysian counterparts in the composite field, he added.

TAI has been in negotiations for the mutual production of other aircraft as well, with the likes of Kazakhstan and Pakistan, to work on domestically-developed products like the Gökbey General Purpose Helicopter.

Meanwhile, Gökbey, which was designed to operate effectively in the most challenging climates and geographies, altitudes and temperatures, completed its first certification flight in July 2019.

The certification flight tests of a second prototype of the Gökbey helicopters, produced by TAI, are planned to be completed next year.