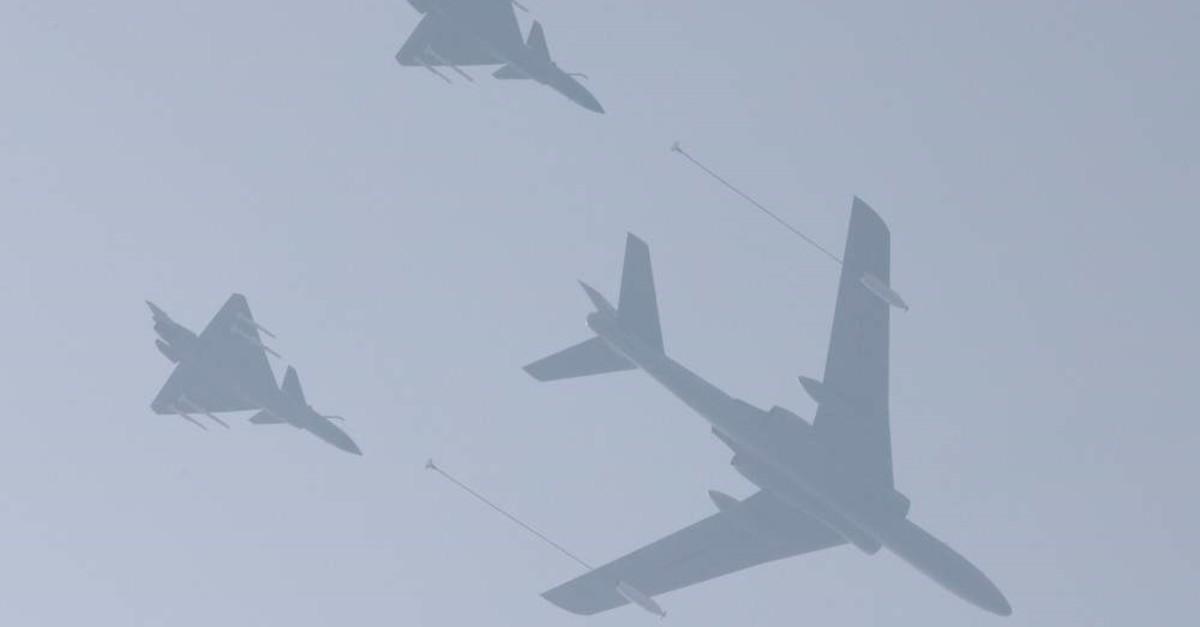 Planes from the Chinese People's Liberation Army air force fly during a rehearsal of the military parade on Oct. 1 to mark the 70th anniversary of the founding of the People's Republic of China, in Beijing, Sept. 22, 2019. (Reuters Photo)
by Compiled from Wire Services Jan 27, 2020 11:40 am

The opaque Chinese arms industry has made the Asian nation the world's second-largest producer of munitions, a clear shift from a decade ago when China relied on imports, researchers said in a new report Monday.

The report by the Stockholm International Peace Research Institute (SIPRI) suggests that China's weapons production, which has previously been shrouded in mystery owing to a lack of transparency, has grown, as three of the world's top 10 arms companies are Chinese.

"We can with confidence say that China is the second largest arms producer in the world, behind the U.S. and ahead of Russia," Nan Tian, co-author of the report, told French Press Agency (AFP).

The report notes however that the lack of transparency remains an "important caveat" when studying the Chinese arms industry.

The vast majority of the estimated $70 billion-$80 billion worth of Chinese munitions sold every year are bought by the different branches of China's People's Liberation Army (PLA).

This still represents a dramatic shift over the last 10 years as China in the past was a big importer of weapons from Russia and Ukraine.

"They no longer need to rely on other countries for their weapons," Tian said.

Chinese arms companies are also much more specialized than their international counterparts.

At least four Chinese arms companies are among the world's top 20 weapon sellers, the report said.

The four firms, including China's largest aircraft maker, Aviation Industry Corporation of China (AVIC), had combined sales worth $54.1 billion in 2017.

AVIC's arms sales of $20.1 billion put the company in sixth place among the world's arms sellers.

More data was needed for several other China-based arms makers, including China's two main shipbuilding companies. Their size would likely also land them spots on the top 20 list, which is dominated by U.S. firms. 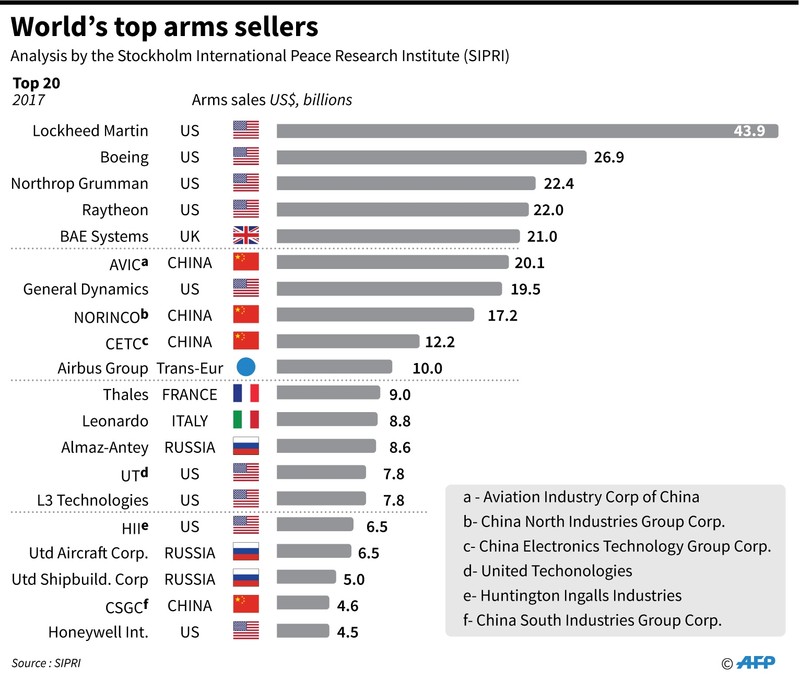 SIPRI researchers have previously struggled to obtain reliable data on the size of the Chinese arms industry, since the producers are all state-owned entities.

"Everything is locked under the term national security," Tian said.

The researchers say that with an increase in the available data on these companies "it is now possible to develop reasonably reliable estimates of the scale of the Chinese arms industry."

Though there are no official statistics on Chinese arms exports available, the report notes that the Chinese arms "industry has developed to a point where there is an increased demand for its weapons overseas," and estimates place China as the world's fifth largest weapons exporter, SIPRI said.

In particular Tian said that one of China's success stories as a weapons exporter has been in the area of Unmanned Aerial Vehicles (UAV), commonly known as drones, which have been used in conflicts in both Libya and Yemen.

More arms exports increases the risk of weapons proliferation, but China's entry to the world stage of weaponry sales is of special concern to the researchers since Beijing has not signed on to many of the arms control regulations that exist, including the Arms Trade Treaty approved by the U.N. General Assembly in 2013.

"There is no binding system that can hold China and these exporters accountable," Tian said.

In previous years, SIPRI has said its assessments of defense firms did not include companies in China due to lack of data, but the new figures would be included from this year, Tian said.