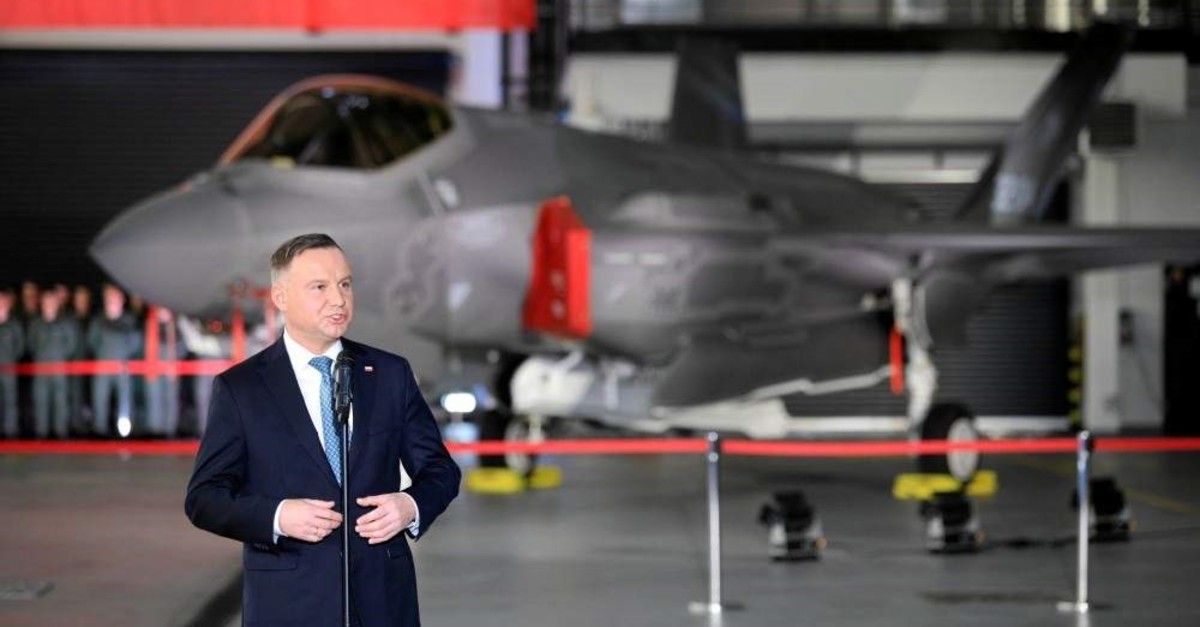 Poland signed a $4.6 billion deal with the United States on Friday for the purchase of 32 of its advanced F-35 fighter jets to enhance air defense on NATO's eastern flank at a time of increased Russian military activity.

Polish President Andrzej Duda said it was an "exceptionally important day for Poland's air force and for the security of Poland and of our part of Europe."

Defense Minister Mariusz Blaszczak signed the deal and handed the document to the U.S. ambassador to Poland, Georgette Mosbacher, during a ceremony at an air force academy in the central town of Deblin.

Duda said it was among the biggest deals in the history of Poland's armed forces and a sign of the strength of relations with the U.S.

The U.S. Department of State commended Poland's commitment to modernizing its military, saying the jet "will improve Poland's ability to provide collective and self-defense."

U.S., Israeli and British air forces have already used the aircraft in combat.

The jets will replace some of the Soviet-made MiG-29 fighter aircraft that Poland's air force still uses.

Opposition politicians criticize the contract as too costly and have argued the money could have been used to modernize Poland's air force in other ways.