Turkish amphibious armored combat earthmover to be exported to Philippines 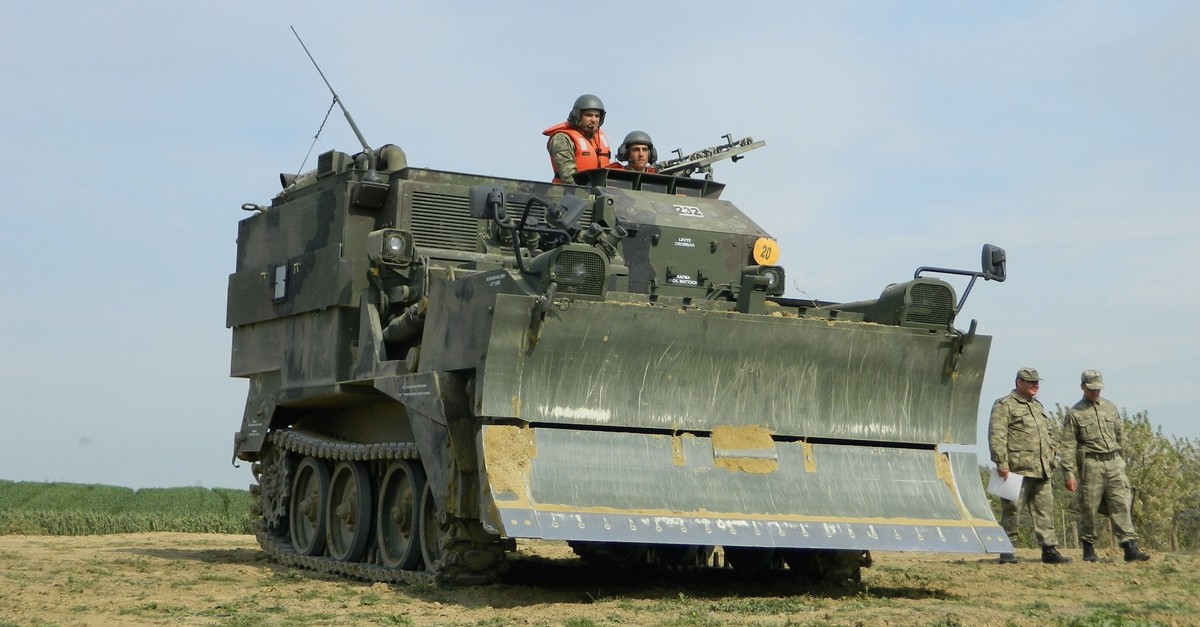 Turkey's FNSS defense systems general director, Nail Kurt, told Anadolu Agency (AA) in an interview on Monday that the KUNDUZ Amphibious Armored Combat Earthmover has been sold to the Philippines, making it the first South Asian country to import the vehicle.

Kurt said the details of the agreement will be finalized in the next two months, and the delivery of the vehicles will start in 2021. He added that new contracts could be signed with the Philippines to import the firm's other defense products.

Locally developed and manufactured, KUNDUZ has been used by the Turkish Land Forces in various missions and is capable of conducting bulldozing, rough grading, excavating, hauling and scraping operations.

Kurt also announced that the company will soon start the mass production of KAPLAN MT, a medium-weight military tank jointly developed by FNSS and its Indonesian partner PT Pindad.

The tank's design architecture consists of advanced ballistic and mine protection with a broad range of firepower, ranging from support of infantry to anti-armor.

With a maximum speed of 70 kilometers per hour, the vehicle's range is 450 kilometers.

Kurt said the company is also in talks with Hyundai Rotem in South Korea for technology transfer for FNSS's other product, the Samur Rapid Deployable Amphibious Wet Gap Crossing System.

Samur, which enables Turkish Armed Forces' (TSK) elements to cross rivers and streams and resembles a "transformer," is the first original design and development project of the Turkish defense industry.

Kurt said FNSS is now facing serious competition from Germany, which has a similar system, for the South Korean tender that is expected to be finalized in mid-2020.

If the Turkish side wins the tender, the mass production of Samur will start in South Korea after FNSS engineers travel to the country to transfer the know-how, Kurt said.