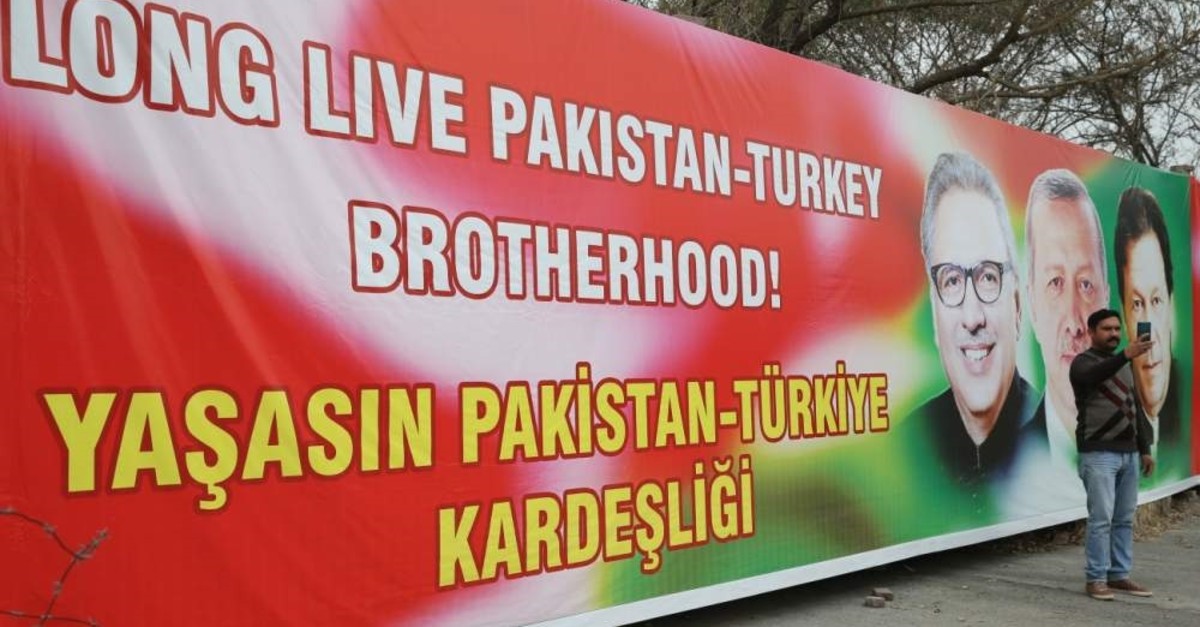 By engaging in joint research programs, military training and Pakistan's acquisition of several defense products from Turkey, both countries have shown keen interest in further bonds that would enable them to contribute to national and regional security.

Turkey has witnessed an evident development in the industry, partly due to its strategic location and recent developments in the region, which made progress in the defense sector more vital than ever. It is a well-known fact that dependency on other countries in the field can also be a major obstacle. With Turkey’s rise in the defense industry, Pakistan has emerged as one of its top partners.

“While our bilateral relations are centuries old and spread across a broad spectrum of areas, the defense sector has emerged as one of the most important areas of cooperation and collaboration between the two sides in recent years,” Pakistani Ambassador to Ankara Syrus Sajjad Qazi told Daily Sabah. He added that both countries enjoy a convergence of views on both regional and international issues, especially in their concern for safeguarding and strengthening regional security.

Ankara and Islamabad have strengthened bilateral defense and security cooperation in recent years. In October 2018, the Pakistan Navy commissioned a 17,000-ton fleet tanker built in collaboration with a Turkish defense company in the southern port city of Karachi.

It was the largest warship ever constructed at the Karachi Shipyard and Engineering Works. The project was completed in collaboration with the Turkish defense contractor STM.

In July 2018, Ankara won a multibillion-dollar tender to supply four corvettes to the Pakistan Navy, in what was dubbed as the largest-ever export deal in the Turkish defense industry's history by then-Defense Minister Nurettin Canikli.

He said the level of collaboration in these fields, however, is way below their actual potential, given the deep-rooted friendship between Ankara and Islamabad.

The two sides have been cooperating under the institutional mechanism of High-Level Military Dialogue Group (HLMDG) to further deepen this relationship and explore new areas of cooperation, the Pakistani ambassador said.

Turkey's locally developed T-129 Advanced Attack and Reconnaissance Helicopter (ATAK) will also be exported to Pakistan. The two countries finalized a deal for the sale of 30 ATAK helicopters in July 2018.

Defense manufacturer Turkish Aerospace Industries (TAI) had then applied for a license from U.S. authorities to export the helicopters to Pakistan. TAI is currently developing the first domestic helicopter engine with its engine subsidiary TUSAŞ Engine Industries (TEI).

The ambassador said there are many ongoing joint projects as Pakistan continues to be one of Turkey’s largest defense partners. He added that exploring the possibility of research and development (R&D) programs and joint production ventures were also important.

President Recep Tayyip Erdoğan arrived in Pakistan Thursday for a two-day visit, during which he will address a joint sitting of the country's parliament - the National Assembly and the Senate. This will be Erdoğan's fourth speech in Pakistan's parliament, the only foreign leader to have done so. It will be Erdoğan's 10th state visit to the country, a strong indicator of the solid relations between Ankara and Islamabad.

There are 17 Turkish companies in Pakistan while 233 Pakistani companies operate in Turkey. The trade volume between Pakistan and Turkey has increased from approximately $600 million to $800 million over the last five years.

More than 60 Turkish businessmen will be accompanying the president to explore new investment opportunities in the country. It is also expected that the two countries will sign a free trade agreement (FTA) during the visit.

“The visit of his excellency President Erdoğan to Pakistan will not only be an opportunity to reaffirm our mutual desire for peace and stability in our respective regions but also to review the ongoing defense collaboration between the two sides and explore many new areas of cooperation,” Pakistan's ambassador in Ankara further said, adding that defense will see an essential focus during the visit.

Meanwhile, Demir said there is a need to proceed on defense collaboration by conducting strategic planning according to technological opportunities. “I believe that forming research and development teams between Turkey and Pakistan and accelerating experience sharing will contribute to the defense industry. Establishing defense workshops and creating provision calendars for sectoral material will enhance both countries’ efficiency in the field,” said Demir.