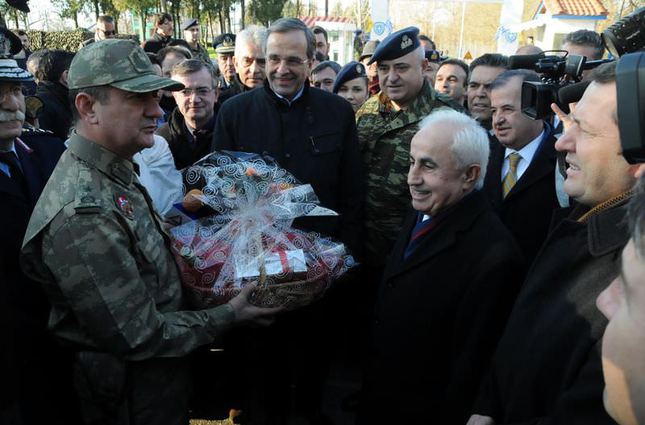 Peace and compromise dominate diplomacy between Ankara and Athens as Greek PM Samaras visited the Pazarkule border of both countries in response to Davutoğlu’s Dec. 24 visit

Greek Prime Ministe, Antonis Samaras entered Turkey through the Pazarkule Border Gate on foot as a gesture to celebrate Turkish soldiers' new year in response to Prime Minister Ahmet Davutoğlu's visit to the border when he wished the Greek soldiers' a happy new year, and called Samaras on Dec. 24.

Samaras had come to Orestiada as part of his campaign for the approaching Greek elections, which will be held on Jan. 25. As part of his trip, he visited personnel at Greece's Kastanies Border Gate.


As messages of peace from both sides dominate the atmosphere on the border, Brigadier Gen. Arı told Samaras that both border units carry out their duties in goodwill, and thanked Greece for its goodwill. Samaras responded: "These are mutual feelings. We also thank you."

Governor Şahin expressed his appreciation over Samaras's visit, and presented him with a book about Edirne's history and a special dessert of the province. 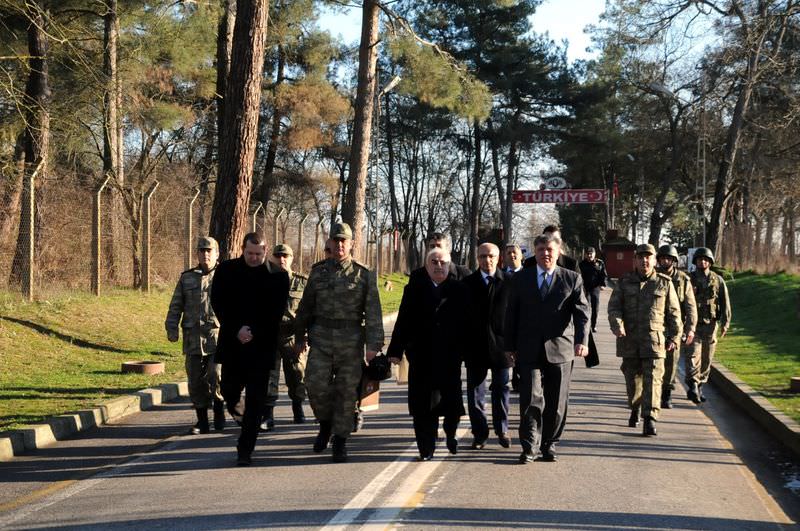 "Your visit is of the utmost importance [regarding the relations between our two countries]. It is significant for both countries to meet at this border. As Prime Minister Davutoğlu said, [the border] is not a frontier, but a joint platform between neighboring countries," Şahin said.

During his visit to the northwestern Turkish city of Edirne on Dec. 24, Davutoğlu held a phone conversation with Samaras in an unprecedented move, and conveyed his Christmas greetings. Davutoğlu also went to the Pazarkule Border Gate on the Turkey-Greece border, and held talks with Turkish soldiers on duty and called their parents. He then shook hands with the Greek soldiers on duty who presented Davutoğlu with Christmas gifts.