Davutoğlu aims to eliminate propaganda against Turkey via diplomatic visits 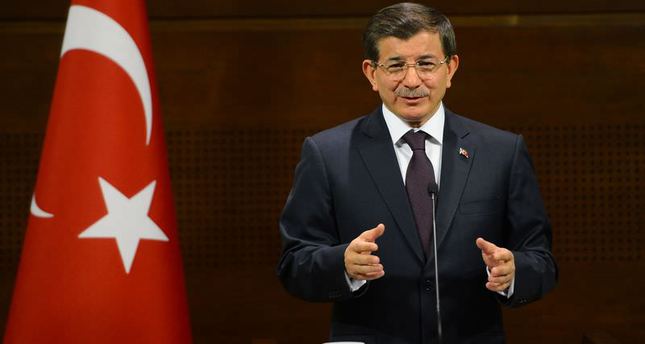 by Merve Aydoğan Jan 06, 2015 12:00 am
Prime Minister Ahmet Davutoğlu announced that he will be attending the World Economic Forum (WEF) summit in Davos, Switzerland to represent Turkey. His attendance comes six years after the incident when then prime minister and current president, Recep Tayyip Erdoğan, abandoned a panel with Israel's then President Shimon Peres in protest of the invasion of the Gaza Strip.

Davutoğlu will also visit Germany from January 11-12 and then travel to the U.K. during the week of January 18. He is expected to continue his visits after leaving Davos, traveling to Brussels in the last week of January.

Through the planned diplomatic visits in January, Davutoğlu aims to intensify efforts to eliminate smear campaigns and wide range of propaganda against Turkey. The latest operation on December 14 in particular, which began with legal complains from a religious group called the Taşhiye group, whose members were imprisoned with false evidence and labeled as terrorists by Gülen Movement-linked police officers and prosecutors, has been used as propaganda material against Turkey.

Additionally, the local media have presented the case as an issue of freedom of the press. Davutoğlu said on his way to Macedonia that "this case is about human rights violations by the Gülen Movement, however, they try to show the legal procedure as human rights violations." He also added: "The December 14 operation was carried out independently by the judiciary and the government cannot interfere in the matter in accordance with the rule of law."

Turkish Foreign Minister Mevlüt Çavuşoğlu said on Monday at the Seventh Annual Ambassadors' Conference in Ankara that: "Turkey is experiencing some unfair practices and incorrect approaches due to the bias coming from our European friends towards Turkey's membership. While such shortsighted approaches occur, we are trying and taking steps to regain the enthusiasm about the EU accession process from the public."

With this in mind, Davutoğlu's diplomatic visits throughout the month of January are expected to provide further objectivity and understanding for EU officials toward details of the Taşhiye case and other recent events through discussions with Turkish officials.

Meanwhile, according to the Prime Ministry, Davutoğlu will attend the WEF summit in Davos as a keynote speaker at a special session on January 24. He will attend Davos as the current G20 president. The summit aims to address four key issues including growth and stability, society and security, innovation and industry and crisis and cooperation in the world.