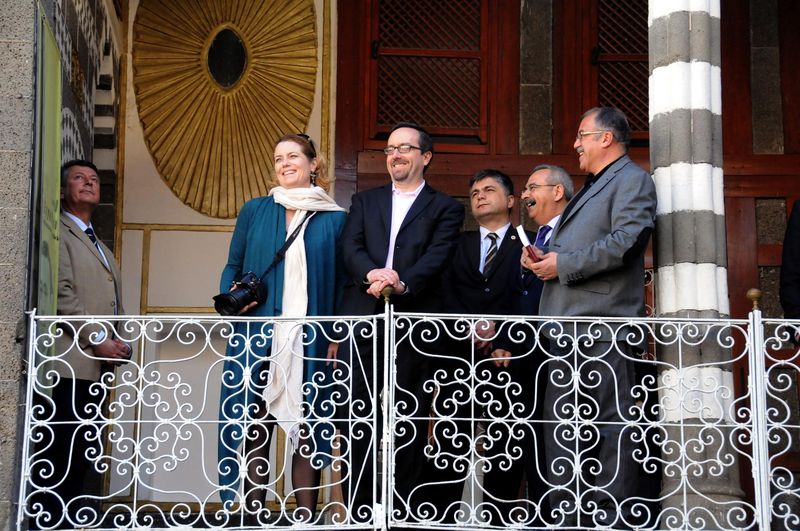 by Anadolu Agency Mar 09, 2015 12:00 am
U.S. Ambassador to Turkey John Bass has said his country is ready to support Turkey's reconciliation process with the PKK.

In remarks made to the media Sunday during his visit to southeastern Turkey's Diyarbakır province, Bass also urged the PKK to lay down arms and give peace a chance.

His comments came a week after the imprisoned PKK leader Abdullah Öcalan was quoted as calling on his followers to hold a congress to decide whether the banned organization should let go of its militant path and lay down its arms to end its more than 30-year conflict with Turkish state.

The U.S. envoy said that if the PKK dropped its weapons, "It will contribute to peace in the area and the United States is ready to support the peace process."

He added that the reconciliation process would contribute to positive development in places like Diyarbakır .

"Diyarbakır is a rich cultural region with a lot of differences. Dropping weapons will attract a lot of people and stimulate tourism in the area. I think the peace process will be good for the region and we will support it," he said.

According to the U.S. Consulate Adana's official Facebook page, the ambassador's tour of Diyarbakır included visits to its famous sights, including Ulu Mosque, Hasan Paşa Inn, the Four-Footed Minaret, Surp Giragos, and Diyarbakır's world-famous city walls, which are the second longest intact city walls in the world (after the Great Wall of China) and listed on UNESCO's Tentative List of World Heritage Sites.

Bass was accompanied by his wife Holly Holzer Bass during the visit.

Turkey, U.S. and the European Union list PKK as a terrorist organization.