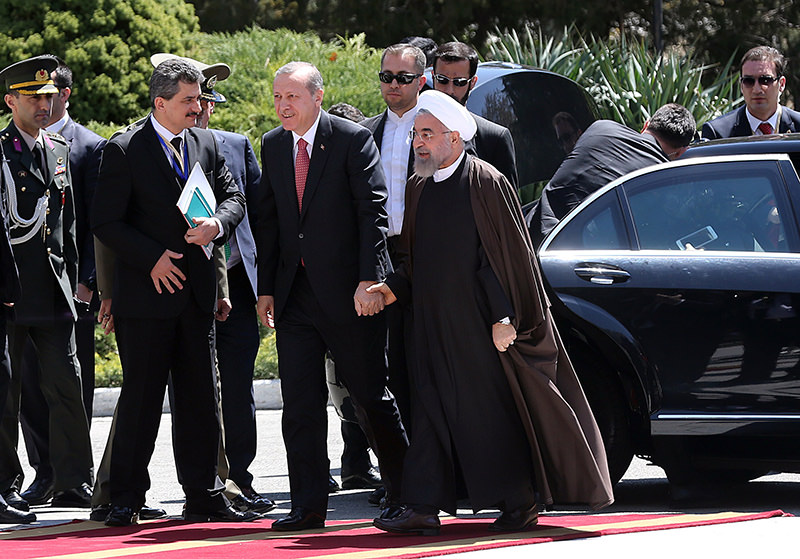 | AFP Photo
by Nurbanu Kızıl Apr 07, 2015 12:00 am
President Recep Tayyip Erdoğan on Tuesday held meetings with his Iranian counterpart and said that from now on, Turkey and Iran should take steps based on solidarity.

The Turkish president also highlighted that Turkey and Iran should overcome obstacles in the way of transportation, which are caused by the bureaucratic oligarchy.

During the visit, a total of eight agreements were signed in transport, customs, industry and health sectors.

Iranian President Rouhani also conveyed positive messages and thanked Turkey for its support on Iran's nuclear program. He stated that they discussed enhancing border security between Turkey and Iran and reached an agreement about standing up to terrorism.

The last presidential-level visit to Iran from Turkey took place in 2011 when former President Abdullah Gül paid an official visit to Iran upon recieving an invitiation from the former Iranian President Mahmoud Ahmedinajad.